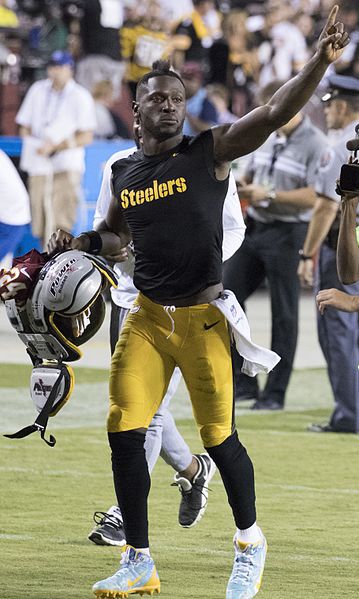 The past year has not been very good for NFL free agent Antonio Brown. After forcing his way out of the Oakland Raiders, he was sacked by the New England Patriots management amid allegations of sexual misconduct.

Although Brown has not admitted to any of the accusations, he made a public apology to his fans for what he considered as "inexcusable behavior."

Now, the former NFL Star athlete vows to make significant changes by 2020. Interestingly, on top of his list is dating, as he promises to no longer date white women.

Change For The Better

The resolution of the changes he vows to make in the coming year came in a series of posts on Twitter. Alternately, it included posts that expressed his frustration with what has happened and how it affected his career. There were also posts that expressed optimism from his end.

The All-Pro wide receiver seemed to have had his career on hold. In the past few months, he has been talking to various NFL teams to ask them for another chance. However, amid the sexual assault charges against him, it seemed as if nobody wanted to take a risk on him.

Brown said that he was only asking for another opportunity. And if he were given that, he promised to work extremely hard to show how much he appreciates the second chance.

In a lengthy post on Instagram, AB expressed his sincerest apology to anyone he has ever offended. The star player also remained hopeful that he be given a second chance and promised that he will do good this time.

His apology came with no admission of any wrongdoing to the two women who have come forward to speak of his misconduct. Their cry for help has triggered the NFL to conduct its own investigation that, up to this point, has not been resolved.

Brown, however, wrote in his post that although his actions are inexcusable, sometimes, one's reactions are only based on how others treat people. Further, he wrote that he does not want to keep quiet about things because the two women are giving false information and allegations.

Before his stint with the Patriots, Antonio Brown used to play for Pittsburgh Steelers. He then moved to Oakland Raiders, but that did not end well too. He demanded that he be released from the contract after he missed practice and the management decided to fine him for it.

When his release was granted, Brown quickly signed a one-year contract with the Patriots at $15 million. On that contract, $9 million of which is guaranteed money.

The NFL veteran continues to take his fight to the proper channels. He has two pending grievances to both the Raiders and the Patriots, claiming he still has pending salaries to collect. However, according to Bleacher Report, there are still at least 20 teams -- including potential plaoff contenders-- are interested in signing AB.

Furhermore, per the BR report, most NFL teams agree that Antonio Brown is a "transformation talent" and it would be a waste if this is how his professional career would end.

How Brown rises up from this challenge in his career and personal life is all up to him. But what he does after he has been given a second chance is going to change the future.