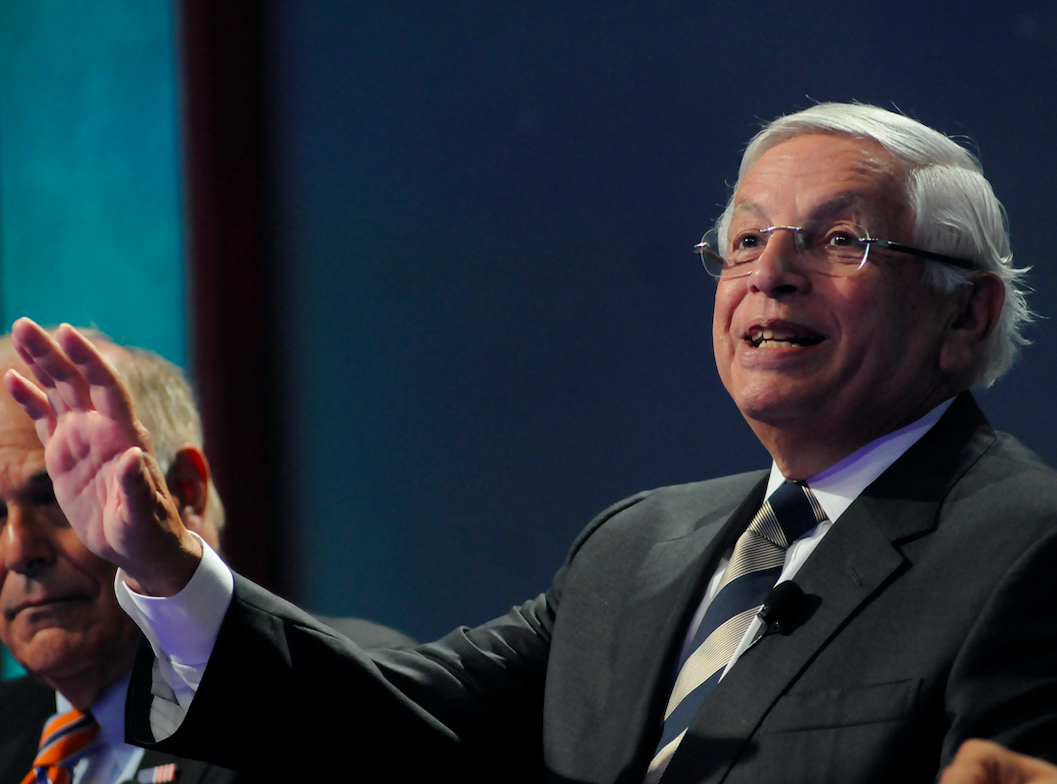 The former commissioner of the league, David Stern, has passed away at the age of 77 after suffering a brain hemorrhage in December and undergoing emergency surgery.

Stern's wife and family were by his side when he died, according to an NBA statement.

In a statement by current NBA Commissioner Adam Silver, he said: "He was a mentor and one of my dearest friends. We spent countless hours in the office, at arenas, and on planes wherever the game would take us. Like every NBA legend, David had extraordinary talents, but with him, it was always the fundamentals - preparation, attention to detail, and hard work."

The two had known each other for 22 years. On February 1, 2014, Silver succeeded Stern.

I can not put into words what the friendship of David Stern has meant to me but many others. He changed so many lives. David was a great innovator and made the game we love what it is today. This is a horrible loss. Our hearts are with Dianne & their family. RIP my friend. @NBA pic.twitter.com/mbnneqm18s — TheBillRussell (@RealBillRussell) January 1, 2020

Very sad day for basketball. We saw David Stern a lot in the 90s and I found him to be kind, thoughtful and almost always the smartest person in the room. He was an innovator who helped grow our sport into a global game and his impact will never be forgotten. RIP, Commissioner. pic.twitter.com/FzlJwnJmrK — Scottie Pippen (@ScottiePippen) January 1, 2020

Stern headed the league for 30 years, from 1984 to 2014, which makes him NBA's longest-serving commissioner. He would not say or let league staffers say he retired because he never stopped working.

Stern has nurtured the NBA to a more than $5 billion a year industry. He is widely recognized with making the NBA into the organization it is today -- one of the most powerful sports leagues in the world.

Under his leadership, NBA teams exploded in value and popularity.

"Because of David, the NBA is truly a global brand - making this not only one of the greatest sports commissioners of all time but also one of the most influential business leaders of his generation," Silver said in his statement.

In 2014, Stern was inducted into the Basketball Hall of Fame. Before the induction, he was quick to allot praise to all those he worked with to help globalize the NBA in the past years instead of accepting single credit.

Speaking to Brian Mahoney of the Associated Press that same year, Stern said, "You can't even do justice to everything that everybody has done."

"All you can do is focus on small chunks of it, but it's great fun to contemplate how the NBA family has pulled together to be at a place where our players are now at the top of the celebrity period."

Flourishing on a good debate in the boardroom and enjoyable games in the arena, Stern said that one of his greatest achievements was managing a group of mostly black players that was dogged by drug problems in the 1970s to fame.

Stern grasped for significance, television airtime and a seat at the table next to pro football and baseball. As Larry Bird and Magic Johnson became household names who are fighting for league supremacy, the NBA pushed for more endorsement breaks, better broadcasting visibility and better behind-the-scenes.

As Michael Jordan became an international wonder, Stern charged on. He took the game straight to Chinese patrons and expanded internationally.

But it is not all good things with Stern. During his legacy, there were also bumps and bruises. Critics labeled him a "bully," even a "dictator."

Isiah Thomas told NBA.com after Stern was hospitalized in December that without his stubbornness, intellect, love, and care, "and sometimes disciplinarian hard hand, the league would not be where it's at today."