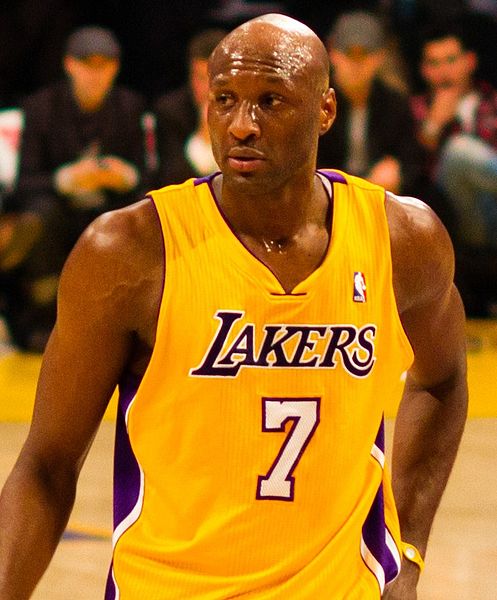 A few years ago, Lamar Odom hit the news headlines when he took his NBA Championship rings and pawned it. A few years later, the rings are set to be auctioned and they cost a fortune.

How much does it take to own Lamar Odom's NBA Championship rings? People who have $100,000 dollars laying around could own them!

Rings Up For Auction

Why would anyone want to buy Odom's NBA rings? Well, because it is a piece of sports history!

According to the sources of TMZ Sports, Odom's rings with the Los Angeles Lakers from 2008-09 and 2009-10 seasons are set to be put on auction. Sources added that each piece could cost $50,000 dollars.

It is not just about the title that came with the rings. The rings themselves boast of exquisite beauty. It is covered in diamonds as well as special engravings on each of the rings, including a realistic portrait of Odom's face himself.

Why Is It in Auction?

The Heritage Auction block got hold of the rings in a pretty wild story. While Odom reportedly pawned them only for a few hundred dollars during the time he was having issues with Khloe Kardashian several years back, he has never really tried to get them back.

Odom was a former member of the Lakers. Moreover, he was just not any ordinary player, as he was a crucial part of the team's championship runs in 2009 and 2010. He was a solid sixth man for the group in both years, putting up averages of 11.0 points, 9.0 rebounds, 2.9 assists and 1.0 steal per game.

Unfortunately, Odom never really lived up to his potential due to his drug addiction. Back in August 2013, the 40-year-old ex-NBA star was arrested for a suspected DUI. In October 2015, he was found at a Nevada Brother unconscious and was immediately taken to the hospital.

In his interview with Arash Markazi of the Los Angeles Times, Odom claimed to have suffered six heart attacks and 12 strokes. The doctors had known it all and were just waiting to pronounce him dead to family and friends. This was how he described his medical situation back then.

According to sources, the bidding for the rings will commence this month and will close sometime in February. Official announcements of the auction are yet to be made. But to anyone who wants to get their hands on those NBA Championship rings for whatever purpose it may serve them, now is the time to be asking around.

These rings meant a lot to Lamar Odom and perhaps he has thought of taking them back. But now that they will be up for auction, he will have to make a bid and see how it works from there.

Odom tried his luck again on the court in the BIG3 league this past summer. However, he was deactivated after playing one game as he was not in good condition.