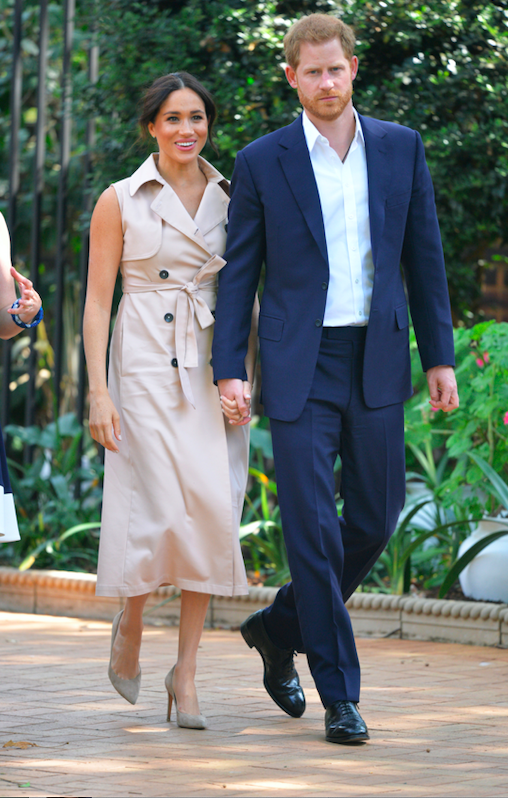 Australia's east and south coasts have been severely affected by wildfires which resulted in residents of the surrounding area to flee. Some even have tragically lost their lives.

Prince Harry and Meghan Markle took to Instagram to encourage people to donate to those who have been affected by the Australian wildfire.

They called donations to the NSW Rural Fire Service, Australian Red Cross, Country Fire Authority, Victorian Bushfire Relief, as well as action to address the "global environmental crisis," which has been described as "ecocide," but "there's always a way to help."

The couple also shared several tragic images that included Australian residents sheltering at a smoke-filled beach, a huge smoke cloud drowning bushland, and an RFS volunteer cradling a koala between the blazes.

"Our thoughts and prayers are with those across Australia who are continuing to face the devastating fires that have been raging for months."

Even though they are currently spending a six-week Christmas break in Canada, they broke their holiday silence to comment on the fires, which torched more than 12 million acres of land.

"From areas, we connected to such as the communities and people we visited in South Wales in 2018, to the fires in California and parts of Africa, and we are struck by the increasingly overlapping presence of these environmental disasters, including, of course, the destruction of the Amazon which continues."

Their post follows a statement released by the Queen on Saturday.

The Royal Family has shared their devastation over Australia's fire tragedy, with Queen Elizabeth II and the Duke and Duchess of Cambridge also sharing messages of encouragement on their respective social media.

On Twitter, the Queen posted a message writing, "I have been deeply saddened to hear of the continued bushfires and their devastating impact across many parts of Australia. My thanks go out to the emergency services, and those who put their own lives in danger to help communities in need."

She continued, "Prince Philip and I send our thoughts and prayers to all Australians at this difficult time."

Her grandchild, Prince William, and Kate Middleton also shared their messages on Instagram with a photo of the bushfires and a fleeing kangaroo.

The Duke and Duchess said, "We continue to be shocked and deeply saddened to hear about the fires that are destroying homes, livelihoods, and wildlife across much of Australia. Our thoughts and prayers are with all the people and communities who are affected by the devastating event."

They furthermore added, "We send our deepest condolences to the families and friends of those who have tragically lost their lives and the brave firefighters who continue to risk their own lives to save the lives of others."

According to CBS, more than half a billion wild animals have died in flames, and the number is expected to "exponentially increase."

Local authorities urged more than 100,000 people in the southeastern part of Australia to evacuate while a state of emergency has been declared.

Temperatures have climbed past 48 degrees Celcius, and strong 50 mph winds are fanning the flames as firefighters battle to save lives and property.

It has killed over 20 people and destroyed nearly 1,000 homes and continues to threaten to wipe out the entire species.