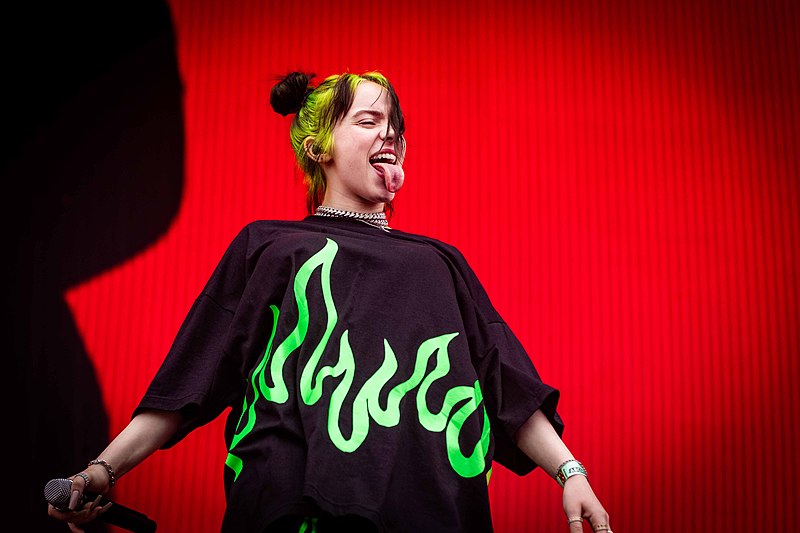 Billie Eilish, at 18 years old, is living the dream. She sells millions of album copies, sold-out concerts, and she has everything she wants. She's so in demand that even one of the oldest movie franchise wants her to sing the original soundtrack for a film.

Variety confirmed that Billie Eilish by performing the title song to the latest "James Bond" film, "No Time to Die." She wrote the song with her brother, Finneas O'Connell. They also announced it on the movie's Twitter page.

She's the youngest artist in history to write and a record and theme for the "007" franchise.

The Grammy-nominated singer said, "It feels crazy to be a part of this in every way."

"James Bond is the coolest film franchise ever to exist. I am still in shock."

On Tuesday, Eilish teased on her Instagram that she may be working on the film, and the news has now been confirmed by the official "James Bond" Twitter page.

They tweeted, "The #NoTimetToDie title song will be performed by @billieeilish. Billie has written the song with her brother @finneas and is the youngest artist in history to write and record a James Bond theme song."

The movie's Twitter page has also quoted the "Bad Guy" singer that says, "To be able to score the theme song to a film that is part of such a legendary series is a huge honor."

Eilish's brother, Finneas, added that writing the theme song for a "Bond" film is something that they have been dreaming about doing their "entire lives."

"There is no more iconic pairing of music and cinema than the likes of 'Goldfinger and 'Live and Let Die.' We feel so lucky to play a small role in such a legendary franchise, long live 007."

While there's no release date for Eilish's penned theme song, there are reports that it will be released via Darkroom/Interscope Records.

Producers of the film Barbara Broccoli and Michael G. Wilson describedthe 18-year-old's song as "incredibly powerful and moving." They added that it had been "Impeccably crafted to work with the emotional story of the film."

Cary Joji Fukunaga, the movie director, said that there were a chosen few who recorded a "Bond" theme but have chosen Eilish and Finneas for a "fresh new perspective whose vocals will echo for generations to come."

In the past years, Alicia Keys, Madonna, Bono, Tina Turner, and Paul McCartney, among others, have contributed songs to different "James Bond" films.

"No Time to Die" is the 25th installment of the "James Bond" franchise and is Daniel Craig's fifth and final appearance as the fictional MI6 agent. It is scheduled for release in April 2020.

There will also be returning characters to the movies, such as Léa Seydoux as the "Bond" girl, Dr. Madeleine Swann, the psychologist, Ben Whishaw, as MI6 Quartermaster Q and the spy's archenemy Ernst Stavro Blofeld played by Christoph Waltz.