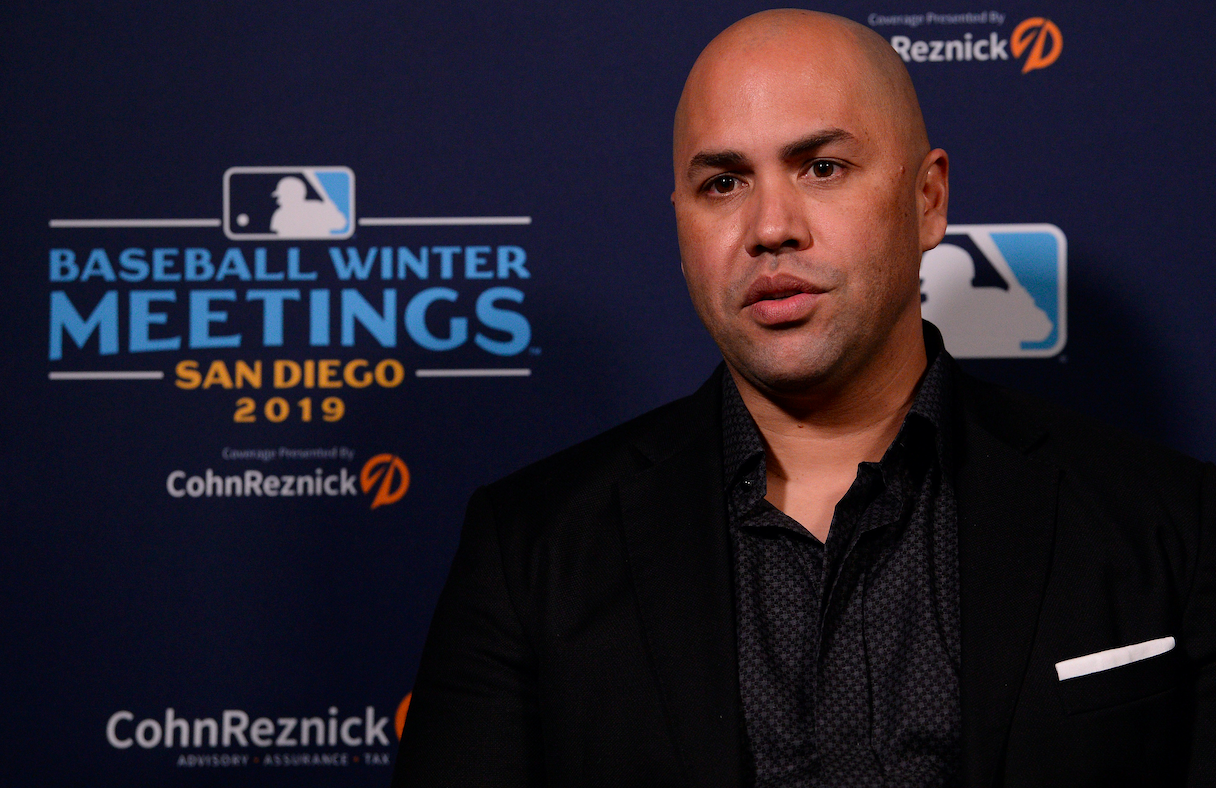 Carlos Beltran's tenure with the New York Mets is over before it even began.

The 42-year-old former MLB player was hired as the Mets manager last November 2019, but on Thursday, it was confirmed that he has "stepped down" from his position.

Beltran became the latest manager to be fired over the cheating scandal involving the Houston Astros.

The Mets called it a "mutual parting of ways," but many news publications said it was a firing.

Reports surfaced that until late Wednesday night and early Thursday morning, Beltran was fighting for his job abndtrying to convince the Mets to keep him.

The team thought it was impossible, especially since the integrity of what happened with Houston would be compromised.

"At a meeting this morning with [COO] Jeff [Wilpon] and [Mets Executive VP] Brodie [Van Wagenen], we mutually agreed to part ways. I'm grateful to them for giving me the opportunity, but we agreed this decision is in the best interest of the team. I couldn't let myself be a distraction for the team. I wish the entire organization success in the future," Carlos Beltran said in a statement.

Mets COO Jeff Wilpon and general manager Brodie Van Wagenen said: "This was not an easy decision. Considering the circumstances, it became clear to all parties that it was not in anyone's best interest for Carlos to move forward as manager of the New York Mets."

However, the two showed support to Beltran and expressed their confidence that this will not end Beltran's managerial career in baseball.

The Mets did not want to be put in a wrong spot and they take the heat, so they fired Beltran and called it a mutual decision -- which is similar to what the Boston Red Sox did with Alex Cora.

According to the findings of MLB, Beltran is the only player involved in the sign-stealing scandal in 2017 -- after which, he retired.

In November 2019, Beltran denied the allegations, saying, "I'm not concerned. There's nothing illegal about studying your opposite team. We all have the same opportunity to look out for information and tendencies." He also said he was not aware of the "center field camera."

Beltran, who played seven seasons with the Mets, would have been the ninth person to play and manage the team. In 2019, he became a special adviser for the New York Yankees.

The Mets are the third prominent team to be looking for a manager.

On Tuesday, Alex Cora, who led the Red Sox to a World Series in 2018 as a manager and was the Astros' bench coach in 2017, has also "mutually agreed to part ways" with Boston.

The Astros was found to steal the signs of opposing teams, violating MLB's rules.

The news was first published in The Athletic, where Mike Fiers -- a pitcher for the Astros -- told the publication that the team used a video camera in center field to steal opposing teams' signs.

MLB's investigation confirmed that the Astros illegally used a camera system to steal signs during the 2017 regular season and post-season, during which they won the World Series, as well as in part of the 2018 season.

Due to that, the Astros were fined $5 million and was forfeited of their first- and second-round picks in the 2020 and 2021 drafts.

Jeff Luhnow, General Manager, and A.J. Hinch, Field Manager, were suspended for the entire 2020 season for failing to prevent the violation of the rules.