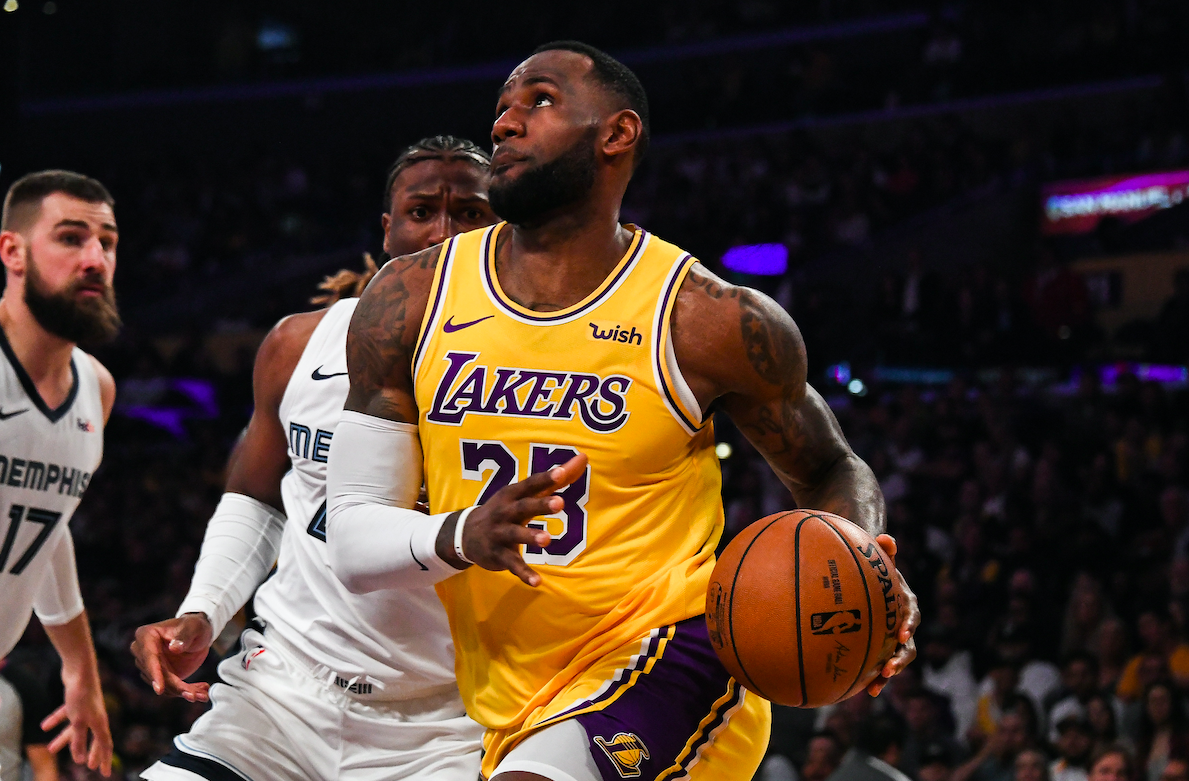 The Los Angeles Lakers lost to rivals Bolton Celtics on Monday, but it did not upset LeBron James. However, what disturbed the NBA superstar was the fact that his son got bullied during their high school game.

Before his Monday night game, LeBron went to the 2020 Hoophall Classic in Springfield to support his son, Bronny, on his gam with Sierra Canyon.

However, during the second half, the game needed to be stopped not because of an injured player or a team who called for a break, but because of a fan who threw trash at Bronny.

It surprised the fans and viewers when the referee blew his whistle and stopped the game.

Apparently, he called for a nearby police officer after a fan launched an orange peel at Bronny, who was standing on the sideline during the second half waiting to inbound the ball.

The police officer identified the accused fan, and no further disturbance occurred, though he remained on his seat as confirmed by ESPN.

After his son's game, LeBron took his disappointment toward the said fan on Twitter and stated: "Hating has no age limit! #JamesGang is built for it and well equipped. As we proceed."

Hating has no age limit! ‍️. #JamesGang is build for it and well equipped. As we proceed https://t.co/6OzvGTxDEW — LeBron James (@KingJames) January 20, 2020

The 35-year-old King James revealed during the postgame press conference after the Lakers vs. Celtics game that he had no idea what was going on, but he was aware that the game stopped and a cop came inside.

"I didn't even know what happened until the video evidence showed me when I got here ... It's just disrespectful, and it was a little kid, too," LeBron said in dismay.

As the news about bullying stormed the internet, the "bully" during 2020 Hoophall Classic turned out to be a big fan of LeBron James. The young fan also said he had no bad intention with his inappropriate act.

In a video posted on Youtube on Monday night, the young boy apologized to Bronny and the James family.

"Hi, James family, I just want to apologize that I threw an orange peel at Bronny," he said. The young boy then clarified that he only threw the orange peel not to mock Bronny but to call his attention since he is a big fan of the Lakers.

As he continued explaining about the disrespectful gesture, a number of Lakers-inspired jerseys, shoes, and banners can be seen displayed around him -- proving that he is truly a big fan of LeBron and the Lakers and that he is genuine in saying his apology.

"I was in the front area seats. The people around me were not my parents; my parents were sitting a couple of seats away because I wanted to sit closer," the boy explained further.

Regardless of his reason, his means to get Bronny's attention was truly disrespectful, and it was normal for a father to react like that.