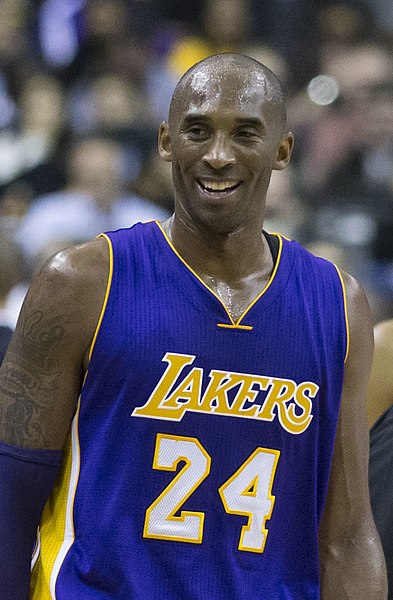 Kobe Bryant, along with his 13-year old daughter and seven others died in a helicopter crash on Sunday morning. Report from TMZ Sports confirmed that the "Black Mamba" has passed away in the tragic accident.

The Tragedy That Killed A Legend

Kobe was traveling for her daughter's travel game on Sunday morning when his private helicopter went down. He was traveling with eight other people, including his 13-year old daughter Gianna "Gigi" Bryant, who is a rising basketball star herself.

When the helicopter crashed, a fire broke out. Emergency rescue personnel responded, but nobody on board survived . Nine people died in the crash.

Vanessa Bryant, the wife of the basketball legend, was not with her husband in the helicopter.

Eyewitnesses told TMZ Sports that they heard the helicopter's engine sputtering before they saw it go down. Flames and smoke covered much of the scene when the rescuers arrived. The helicopter was a total wreck that it was nearly unthinkable that anyone would survive. The official cause of the crash is still under investigation.

Everyone at the Mamba Academy got emotional when they learned about Kobe Bryant's death. They came together for a moment of prayer and silence for a basketball legend.

The Academy leaders talked to everyone in the facility. They encouraged everyone to grieve together, support each other, and honor Kobe by living good lives for others, as he did.

Kobe is survived by his wife Vanessa, whome he married after  two years of dati. Aside from Gianna, they have three other daughters -- Natalia, Bianca and their newborn, Capri.

At the Staples Center where Kobe played for 20 years, a memorial has started and people keep coming.

Celebrities and fans from all over the world have paid tribute to Kobe through various social media posts. President Donald Trump, Dwayne Wade, Tom Brady and former President Barack Obama has expressed heartfelt messages to honor Kobe and his good works.

The Life Of a Legend

Kobe was considered one of the greatest players that have played the NBA. He had a colorful and significant 20-year career playing with the Lakers.

In the 1996 draft, he was a first-round pick. His perseverance and hard work have led him to win five NBA championships and to be named NBA Finals MVP twice. In 2008, he was named the league's MVP.

The Lakers had both Kobe's jersey's -- number 8 and 24 -- famously retired. He was the only player in team history to receive such a great honor.

Moreover, Kobe's achievements surpassed the hardcourt. In his short film, "Dear Basketball" released in 2018, Kobe won himself an Oscar award.

At 34, Kobe was the youngest player in the NBA to surpass the 30,000 point mark. Who could forget the notorious 81-point game against the Toronto Raptors in 2006? It was considered one of the most amazing moments in the league's history.

Bryant made a name for himself in the NBA. Before his death, he was known for the good works that he did through the Mamba Academy, helping aspiring young players to unleash their potentials. Indeed, the basketball legend has a good heart.