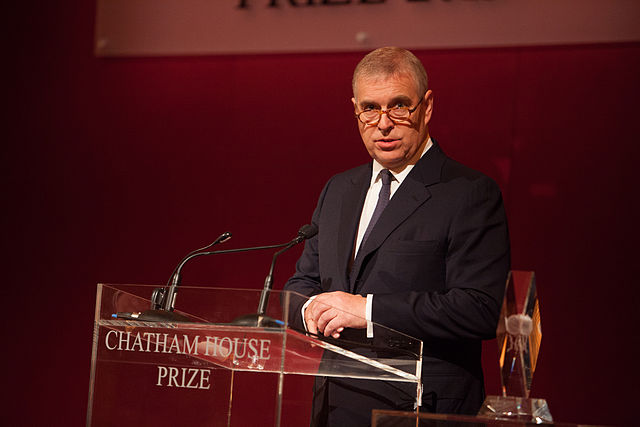 Prince Andrew wants to prove his innocence to the royal family by cooperating with the FBI investigations of Jeffrey Epstein. Which is why, according to reports, he was furious when news about him snubbing authorities came out.

An "angry and bewildered" Prince Andrew came out after he got publicly accused by the U.S. authorities of not offering any help and not responding to their requests for an interview over his friendship with the convicted sex offender and phedopile.

"Nothing could be further from the truth," one source told The Telegraph. "The Duke is more than happy to talk to the FBI, but he hasn't been approached by them yet."

The source added that the Duke of York has been preparing for the investigations and such by calling weekly meetings with his lawyers at Royal Lodge, Windsor, and Buckingham Palace.

With this claim alone, the insider stood firm and defended Prince Andrew from the allegations made by U.S. Attorney Geoffrey Berman.

The reaction came after Berman appeared at a news conference outside Epstein's Manhattan mansion, where he told the people that they deserved to know that Prince Andrew has not been fulfilling his public commitment.

During the same conference, Berman revealed that the FBI and prosecutors, with the help of the U.S. Attorney's Office for the Southern District of New York, tried to contact the Duke of York's lawyer numerous times but got no answer in return.

The group wanted to set another interview with the prince about Epstein's crimes, but they still did not receive a word from Prince Andrew who "provided zero cooperation."

In Nov. 2019, the Duke said that he was "willing to help any appropriate law enforcement agency with their investigations if required."

The promised cooperation with authorities came after Prince Andrew appeared in an ill-judged BBC interview, during which he received plenty of criticisms. In the said interview, he spoke to Emily Maitlis about his friendship with the pedophile billionaire Jeffrey Epstein and the allegations of sexual impropriety with a then-underage Virginia Roberts.

The same source of The Telegraph blamed the authorities and revealed that the press conference was made so that the U.S. office and the FBI can contact Prince Andrew and his legal team directly.

They branded the U.S. attorney and his office's move as a publicity stunt to concomitantly put public pressure to the Duke.

"The Duke accepts he made a big mistake by continuing to see Epstein after he was convicted, and for not showing sufficient empathy for the girls involved," the insider went on. "He is desperate to make up for it and is committed to the legal process."

Moreover, the Duke of York also wanted everything to end as soon as possible so he can continue to support Queen Elizabeth II, most especially when Her Royal Highness just had a bad year. To recall, the Queen faced several issues recently, from Prince Philip's health issues to Prince Harry and Meghan Markle's decision to step back as senior royal members of the monarchy.