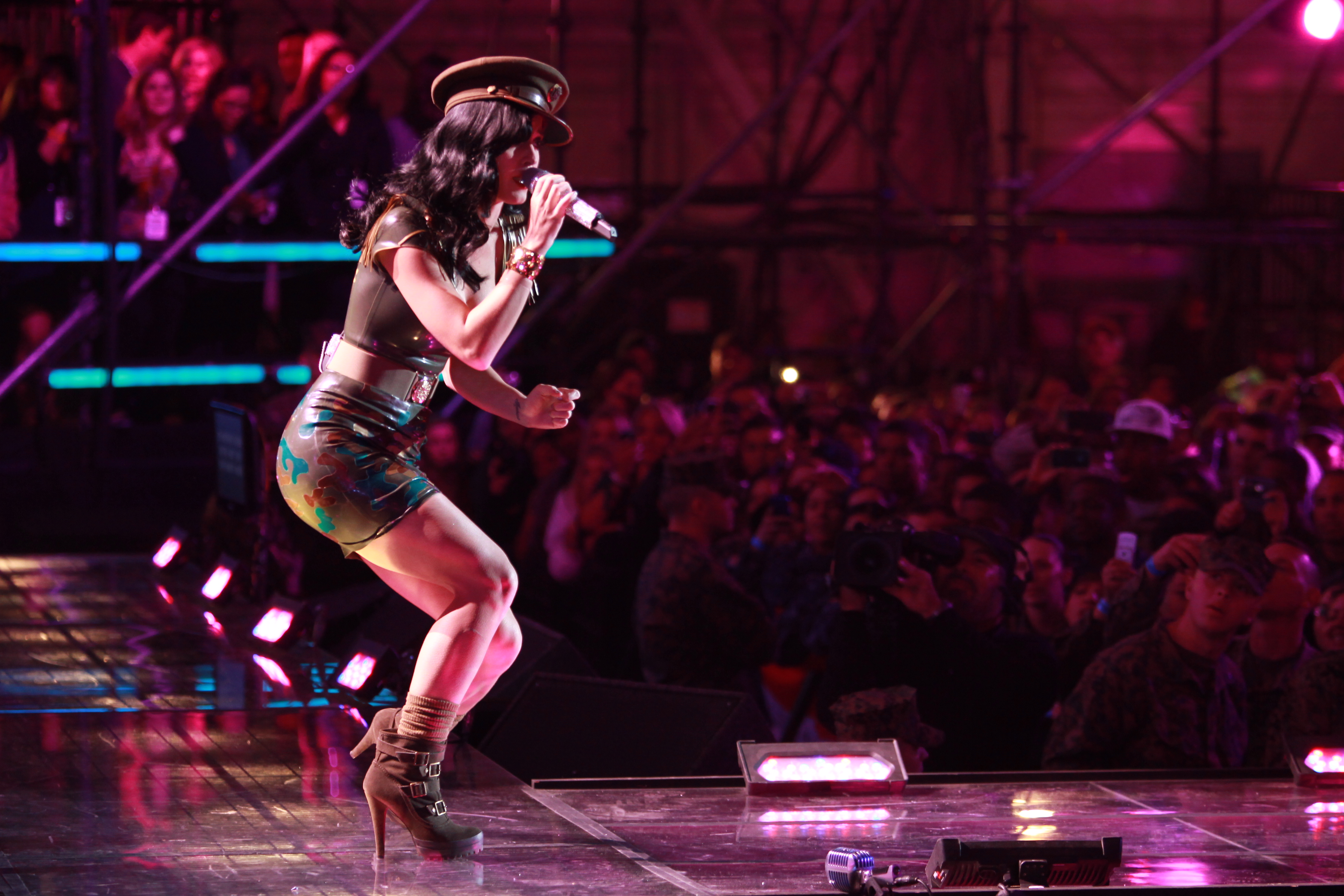 In case you didn't know, Katy Perry and Orlando Bloom are indeed a couple now if there was ever any doubt in your mind. The even bigger news is that they are expecting their first child together! Exciting news indeed!

Perry even sparked her own pregnancy rumors in the moments leading up to her new single "Never Wore White".

Here we bring you the timeline of their love story as it still is unfolding, to reminisce about the past and look forward to their future. #KatyBloomFTW

The 2016 Golden Globe Awards wrapped up and of course, there always is an after-party. The two reportedly began flirting with one another at the event saying "extremely flirty and whispering to each other" by US Weekly. The two had obvious chemistry going on for them. Total chills. "He would lean in to whisper into her ear and touch the small of her back as they chatted,". They were spotted later that night leaving the party together.

The pair made it all the way down to Indio, California towards Coachella. "They were hugging and with a group of other people," which a person who saw them told E! News. Additionally, the source also said "Orlando was behind her and swaying with her to the music. They also were vaping together. They were kissing and very much a couple."

Perry made their love thing official by posting a picture of the couple chilling on the steps of a building in Cannes, France. It also has a funny caption which said: "we cannes't". If that's not a couple's goals than you are missing out terribly.

Spotted again by the paparazzi this time in Italy. The couple had the time of their lives by paddleboarding together. Fun fact: Bloom was completely naked when he took Perry to the seas. The internet went crazy.

Also in the same month, a source spoke with People that Bloom "always gushes about Katy and thinks she is amazing in a million ways," has no problems with starting a family with the pop star as well! "He would love to settle down with Katy and have more kids. He hasn't been this serious about a girl since Miranda." Bloom already has one child, a 9-year old son named Flynn with his then-wife, Miranda Kerr.

After a slew of spottings of the couple, there were some important events that the couple has shared with us in social media but also heartbreaks as well.

After 10 months of dating, they decided to end the relationship stating to the press: "Before rumors or falsification get out of hand we can confirm that Orlando and Katy are taking respectful, loving space at this time."

June 12, 2017: Perry Admits That Bloom is "Second Best" in Bed From All Her Ex-Boyfriends. Yikes.

On James Corden's "Spill Your Guts" segment of the show, Perry listed her ex-boyfriends and ranked them from worst to best in bed, OR eat a disgusting dish. Perry chose the former and proceeded with the somehow semi-roast. "They're all amazing lovers and I would have sex with all of them after I get out of this place," the pop star said. John Mayer wins first place, Orlando a close second, Diplo sadly ranked last.

August 13, 2017: A Lucky Fan Spots Perry and Bloom Once Again Together.

Perry and Bloom attended an Adele concert together, which sparked rumors that the two were back dating again.

Perry and Bloom had a chance to meet up with the Pope himself and posed for a heartwarming picture while they were showing support of The Cura Foundation.

American Idol's season finale, Perry has a moment with Bachelorette star Becca Kufrin, saying to her: "I'm not single but I still like you," with the audience gasping and screaming at the pair.

The couple took a big risk with their relationship by making it official in the red carpet so to speak. The two were invited to attend the Gala for the Global Ocean, hosted by H.S.H. Prince Albert II of Monaco, and they were absolutely cute together with all smiles and body contact.

February 15, 2019: Perry Showed the World They Were Engaged!

A day after Valentine's, Perry went off at Instagram to share a snap of her and Bloom cuddled closely with a flower-shaped ruby diamond engagement ring. Now that ring is reported to be 4.5 karats and has a value close to five million dollars. Yup, you read that right.

"Orlando had planned this for a while," a source that is close to the couple told People. "He wanted it all to be special." And to make sure Perry's more traditional parents would get in on the fun, Bloom made sure to ask for permission first so that everything would go as smoothly as possible. "Katy's family knew he was proposing. He talked to her parents about it before...Katy was very surprised and shaking with happiness...They both want kids together and will prioritize this."

A slew of sitings and reports has then came up, events after events until the couple finally plans for their forever together.

Apparently it wasn't that of a big deal because it was all about the location. Funny thing is that the couple reportedly were planning two ceremonies in two different locations. One for a local wedding party and the other will be for a destination wedding party spilled by someone close to the couple. "They're beyond in love."

Regardless of the setbacks, the couple is over the moon excited to get the wedding going after endless delays not by their own fault.

On New Year's Eve, Perry again went to Instagram to share a photo of her and her husband-to-be with 2020 glasses. "When you're in bed before midnight is when you know you're starting the new year right #2020," her caption stated.

February 15, 2020: One Year Anniversary of Their Engagement

A cute post of black and white with her and Bloom shared by Perry saying "one year ago I said yes to a life of love and evolution... and definitely never a dull moment ." while Bloom responded,"We don't do dull doe ️."

Page Six reports that new plans for their wedding have been made. The couple has been looking at an intimate June ceremony in Japan.

Hours after the singer was teasing the world about her new music video and also sparking her own pregnancy rumors, she finally showe us that she's expecting! She is cradling her pregnant stomach in the video and snipped the music video, saying: "Let's just say it's gonna be a jam packed summer... ♥️ #NeverWornWhite is out now."

The wedding is no where in sight as of yet but really, who's in a hurry with all that's going on right now in the world. As long as the couple is happy and now going to be a trio they would have their hands full literally. Cheers to Perry and Blooms romance!