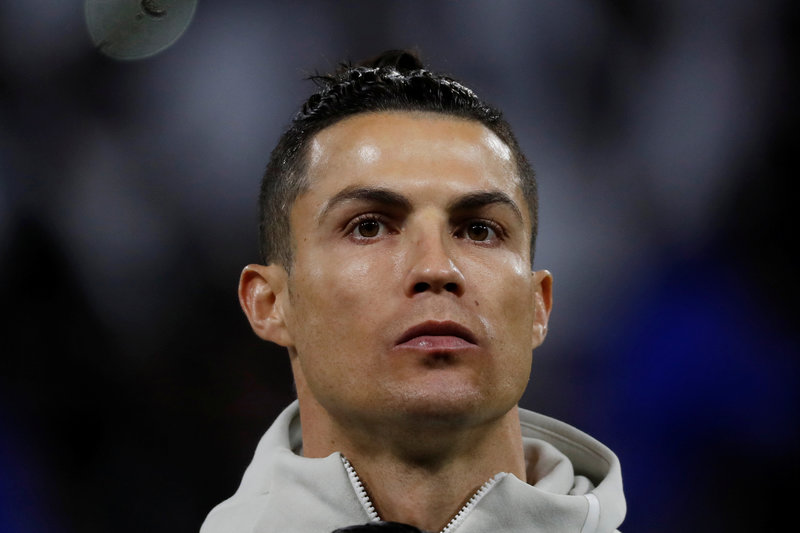 Cristiano Ronaldo's fans will not be seeing the football star any time soon as reports confirmed that he put himself in quarantine after one of his teammates was infected by the coronavirus.

On Wednesday, ​Juventus confirmed that Ronaldo's teammate Daniele Rugani has been tested positive of the COVID-19. Apparently, the 25-year-old Italian football player posed with the team and a shirtless Ronaldo for a celebratory photo in the dressing room days before testing positive.

Juventus released a statement regarding the incident, saying: "Juventus Football Club is currently activating all the isolation procedures required by law, including those who have had contact with him."

Rugani is one of the latest additions to the alarming number of people who have tested positive for coronavirus in Italy -- with the confirmed cases at 12,462 and deaths at 827.

Because of the latest development, the 35-year-old who is considered the most famous football player in the world is now unsure if he can go back to the field again in the near future.

What Is Happening to Ronaldo Now?

According to reports, the football player only heard about Rugani's case when he already arrived on the Portuguese island of Madeira to visit his sick mother, Dolores Aveiro, who suffered from stroke last week.

Since then, he decided to self-isolate and stay in the country until he can confirm that he is safe from the virus.

The Serie A confirmed that the former Real Madrid striker is staying in Portugal and will not return to Italy for the time being. They added, "Cristiano Ronaldo has not trained and remains in Madeira awaiting developments with the current health crisis."

The player is reportedly staying in the top two floors of their seven-story house in Funchal, which he purchased recently.

Fortunately for Ronaldo, it is unlikely that he will miss any game. After all, his team's opponent on Sunday, Inter Milan, already declared that they will be suspending matches "until further notice."

"The Club is currently taking steps to put all the necessary procedures into place," Inter Milan said in a statement.

For what it's worth, due to the pandemic, Serie A football has been suspended until April 3.

The COVID-19 hit Italy so hard that the virus is now widespread. This also caused sporting events like the NBA to cancel their plays indefinitely to control the spread of the virus and to minimize the number of cases.

The Premier League already removed their pre-match handshakes as a precautionary measure. However, although they canceled most games since the spread of the coronavirus, they could still be forced to play the remaining matches without fans inside the stadium while taking necessary steps.

If they would push that plan through, their fans will have to watch their favorite team on television as a result.

Since their favorite player is threatened by the coronavirus, Ronaldo's fans started to share their heartbreak on Twitter.

One fan wrote, "It's everywhere now. Football, NBA, Hollywood. I feel like we are living in some movie."

"Hope Cristiano Ronaldo is not a victim though, but the real question here is, how did this virus spread beyond the axis of China after detected?" another one said.

His test results are yet to come out, but everyone can only hope for him to be safe from COVID-19.