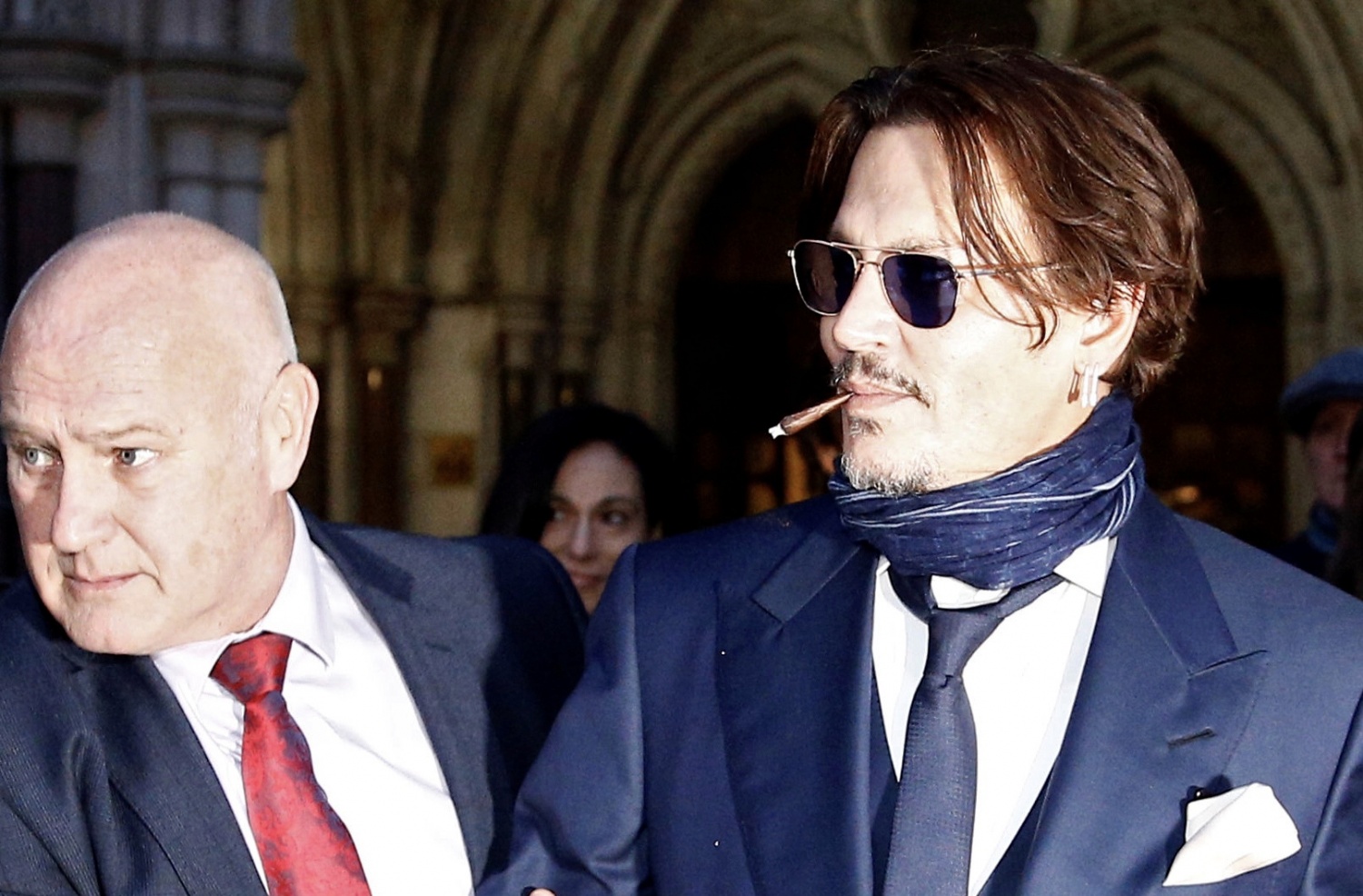 The legal battle between Johnny Depp and Amber Heard is getting uglier even without their presence inside the court.

Before the next trial on March 23, a series of alleged text messages from Depp was read out in court by The Sun's representatives, Adam Wolanski, QC, and their columnist Dan Wootton this week.

The communication revealed that the 56-year-old "Pirates of the Caribbean" actor once shoved his ex-wife against a ping-pong table before physically abusing her more.

"That night the complainant shoved Ms. Heard into a ping-pong table, threw bottles through window panels of a glass door, then grabbed Ms. Heard and tore off her nightgown," the statement read.

During the said heated fight on March 4, 2015, Depp accidentally cut off his finger and texted his doctor to ask for some advice about his injury.

"I cut the tip of my middle finger off. What should I do? Except of course go to the hospital," Depp allegedy texted. "I am so embarrassed for jumping into anything with her. [Expletive] in the world. JD."

Twelve days later, Depp sent another text message to Dr. Kipper, thanking the doctor for taking care of him. The same message revealed that the actor mentioned that he was the one who chopped his left middle finger off, and its scar should be a reminder to never cut it off again.

The "Charlie and the Chocolate Factory" actor failed to attend the hearing since he is currently in the South of France with his barrister, David Sherborne.

He sent representatives to the hearing in central London instead, but Kate Wilson, one of his lawyers, chose to self-isolate due to the coronavirus scare.

Meanwhile, Heard is in Los Angeles to prepare for her appearance soon. But her spokesperson told Mirror Online that the statements exposed Depp's numerous contradictions and inconsistencies.

"Ms. Heard obtained a domestic violence restraining order from a judge in 2016. Four years later, Mr Depp has dragged her to give evidence to a court in London and subjected her to trial by media," the representative added. "As today showed, the evidence in court will ultimately speak for itself."

The March 23 trial might be pushed back since Justice Nicol voiced out his concerns about numerous lawyers and press sharing the same courtroom.

Depp's Side Reacted to the Claims

As soon as the hearing ended, Depp's lawyer Adam Waldman said that what the other camp read in the court today cannot be an evidence since it was just part of the lies of Heard and her friends at The Sun.

"Facts matter. Because back in reality, as hospital intake records and eyewitness testimony show, Heard's allegations were alleged to have occurred in a "late night bust up" the night of Sunday March 8, 2015," Waldman explained.

He also stated that the only fact about the statement was the part when they told the judge that the actor went to the hospital. After getting treatments for his severed finger, Heard suddenly disappeared.

In the end, Waldman laughed at their opponents, whom he said were not so good in lying and faking sequence of events -- including times, dates, and smallest details.