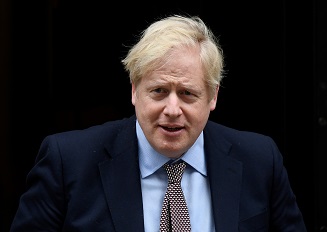 The Prime Minister of the U.K. Boris Johson is not getting better after contracting the dreaded coronavirus.

Johnson has been transferred to the Intensive Care Unit after his coronavirus symptoms worsened. The 55-year old Prime Minister is fighting for his life at the moment, as his office said in their most recent update concerning his health condition.

Johnson's Health Is Getting Worse

Boris Johnson was first taken to St. Thomas' Hospital in London on Sunday evening for what they called routine tests. In his social media accounts, they said that the Prime Minister was in good spirits when he came in for tests that night.

However, the apparent change in the health condition of U.K.'s top leader has shocked the nation. Politicians from his party and even those from the opposition have expressed their support for him as he battles the virus that has killed thousands around the world.

"Over the course of this afternoon, the condition of the Prime Minister has worsened and, on the advice of his medical team, he has been moved to the Intensive Care Unit at the hospital," a spokesperson from Downing Street said.

According to the officials of Downing Street, Johnson remains conscious at this time and that his move to intensive care was a form of precaution. In case his condition gets worse and may need ventilation, his medical team is prepared for it in the ICU.

This move of Johnson's team shows a striking contrast to the earlier reports they made about the status of his health. While the Prime Minister was in self-isolation, Downing Street had released a statement saying that the symptoms Johnson was showing were "mild" and that there was nothing to worry about.

In fact, they downplayed his visit to the hospital on Sunday night, saying he just came in for "routine tests."

The nation is worried about the condition of the leader of their country following the news that Prince Charles has contracted the coronavirus, too. Although in his most recent message to the nation, the Prince of Wales has reassured everyone that he is feeling much better now and that he is on his way to recovery.

An Update On His Health Condition

Earlier on Monday, the spokesperson of the Prime Minister said that Johson spent a "comfortable" night at the hospital. However, when asked if Johson was given oxygen, the spokespoerson did not comment. Also, officials of the government are no longer describing his symptoms as "mild."

Foreign Secretary Dominic Raab, the most senior among the Cabinet ministers, revealed that Johnson has asked him to step up on his behalf. He said that the Prime Minister deputized him in situations when necessary.

On Monday, Raab headed the regular morning meeting about the coronavirus briefing. After that, he made a televised statement that the government will continue to fight the coronavirus pandemic following the direction of the Prime Minister in responding to the health crisis.

"The government's business will continue and the Prime Minister is in safe hands with a brilliant team at St Thomas's hospital. And the focus of the government will continue to be on making sure that the Prime Minister's direction, all the plans for making sure that we can defeat coronavirus and can pull the country through this challenge, will be taken forward," Raab said.

He added that an "incredibly strong team spirit" in government behind the Prime Minister is in place. The death toll in the United Kingdom due to the coronavirus has reached the 5,000 mark. It is one of the highest in the world.