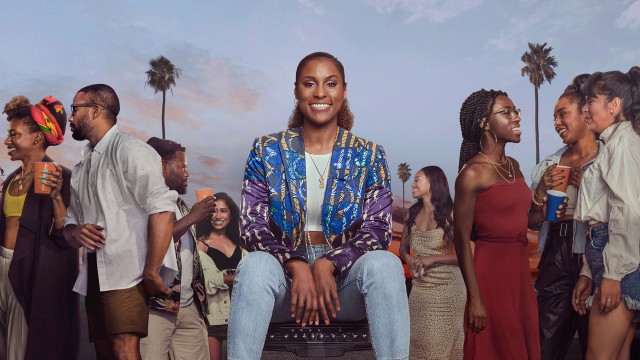 For those who are aching for a view of how Los Angeles before the pandemic went down, HBO's 'Insecure' should be your go-to show.

As Lorraine Ali- TV critic for Los Angeles Times, writes, due to the extension of the 'Safer at Home' order there's still more or less a month to go before the city of LA goes back to normal.

With this in mind, she adds that citizens could take this time to just sit back and relax to dream and relish of how their lives used to be.

And, with all the downtime available that's for everyone, HBO's comedy series Insecure is the perfect show to watch if you're feeling a little nostalgic.

The show's Season 4 premieres this Sunday. And, it is simply perfect for Angelenos who could use a little backtrack since it features scenes in LA.

The return of the TV series displays the version of the city which were the spread of the COVID 19 virus never took place.

She also adds that Issa is seen looking for parking spots in the constantly-crowded LA.

This, she states, is "enough to make folks from Canoga Park to Compton nostalgic for the overcrowding of pre-pandemic L.A."

As a quick and non-spoiler summary, Charlie Mason from TV Line recaps the episode in his article saying that it starts with best friends Molly and Issa calling it quits.

Thrillist also mentions that there's several instances of the two getting into and leaving unhealthy relationships and conflicts.

According to Entertainment World, HBO's 'Insecure' first launched in October 9, 2016.

Its protagonist, Issa, goes out in an adventure about discovering what she truly wants to do in her life and how she can assert herself better.

At the same time, it features the unique experiences and perspectives of black females.

The publication also notes that the show's creators are Rae and Larry Willmore, with Prentice Penny, Melina Matsoukas, Jonathan Berry, Michael Rotenberg and Dave Becky as its producers.

Furthermore, Nellie Andreeva of Deadline also indicated that the project stated in 2013.

She adds that it explores the same themes in Rae's very own webseries: The Misadventures of Awkward Black Girl - which is a recipient of a Shorty Award.

In 2017, Insecure made it to the Top 10 Television Programs of the Year , which was carefully selected by the American Film Institute.

Issa Rae has also garnered several nominations for her performance in this series.

For two consecutive years (2017-2018) she was nominated for a Golden Globe Award for the Best Performance by an Actress in a Television Series - Musical or Comedy.

Additionally, she was nominated for an Emmy for Outstanding Lead Actress in a Comedy Series.

READ MORE: 'Friends' Reunion Is Finally Happening at HBO Max -- And We Can't Calm Down!