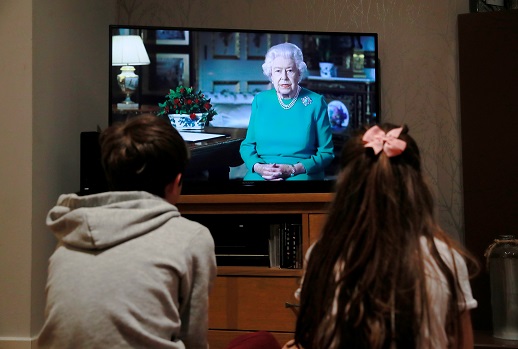 Being a Queen is more than just wearing a crown, waving to people, smiling and shaking hands during royal engagements, and giving inspiring speeches. The head of the monarchy also has to deal with controversies in and outside the Buckingham Palace.

Having to reign the British monarchy for the last 68 years (and counting) is already enough to say that Queen Elizabeth II is one strong independent woman. But looking back in history and all the royal scandals that she has survived over the years, we can conclude that Her Majesty is the fiercest female leader in history.

Below are some of the biggest royal scandal the now 94-year-old monarch has endured and survived throughout the years.

Even before officially getting crowned, Queen Elizabeth II already faced a royal scandal back in 1952, and it is done by none other than the Queen's youngest sister, Princess Margaret.

It all started when the Princess began secretly dating Captain Peter Townsend, a Royal Air Force officer who is a married man when their relationship started. The scandal escalated quickly in 1953 when Townsend divorced his wife and proposed to Princess Margaret.

The rules of the Church of England prevents a member of the royal family to marry a divorcee, so Margaret and Townsend's relationship eventually fell apart in 1955.

It all started in 1992 when Princess Diana's phone conversation with an alleged lover was leaked to the media. Not long after, Prince Charles also had a leaked phone call with ex-girlfriend Camilla Parker-Bowles.

Charles and Camilla's conversation showed that the two are still in love with each other despite being married to respective spouses. In one of their conversation, the Prince of Wales joked about wanting to turn into a tampon so he could live inside Camilla's trousers. The following year, Charles and Diana parted ways and officially got divorced in 1996.

A year after her divorce, the Princess of Wales was killed in a fatal car crash in Paris. While it was purely an accident, several conspiracy theories arose that associated her death with the royal family.

One of the most resounding theories is that Diana got pregnant with her then-boyfriend Dodi Fayed. The theory suggested that the royal family could not accept that an Egyptian Muslim could be the stepfather of the possible future King of England, so they plotted to kill Diana.

Due to the analysis of legal papers and flight logs, Prince Andrew's friendship with convicted pedophile Jeffrey Epstein was revealed. Just recently, the scandal blew up after one of Epstein's victims, Virginia Roberts, came to light and claimed that she was forced to have sex with the Duke of York three times between the years 1999 to 2002.

The 59-year-old royal tried coming out clean through a BBC interview, but everything backfired to him, leading for the Prince to quit on his royal duties.

It was in 2012 when then newlyweds and kid-free couple Prince William and Kate Middleton decided to take a break from their royal duties and have a vacation in France. They chose to spend their alone time in a secluded place owned by the Queen's nephew, Viscount David Linley.

The couple enjoyed their time away from the public eye that Kate even decided to break free and go topless while lounging beside a pool. However, paparazzi hiding behind the bushes were quick on their lenses, and the next thing we know, Kate's naked bikini shot was all over the internet.

The Duke and Duchess of Cambridge later on won a lawsuit against the company that published that photo, and "Closer" was ordered to pay $118,000 in damages.

And of course, Queen Elizabeth II's latest ordeal, Prince Harry and Meghan Markle's decision to step down as senior members of the royal family. Earlier this 2020, the Duke and Duchess of Sussex made a bombshell announcement to quit as working royals.

Insiders claim that Harry did it to protect his wife and son Archie from the scrutiny of media and the public. The Sussexes are currently living a private and independent life in Meghan's native city, Los Angeles.