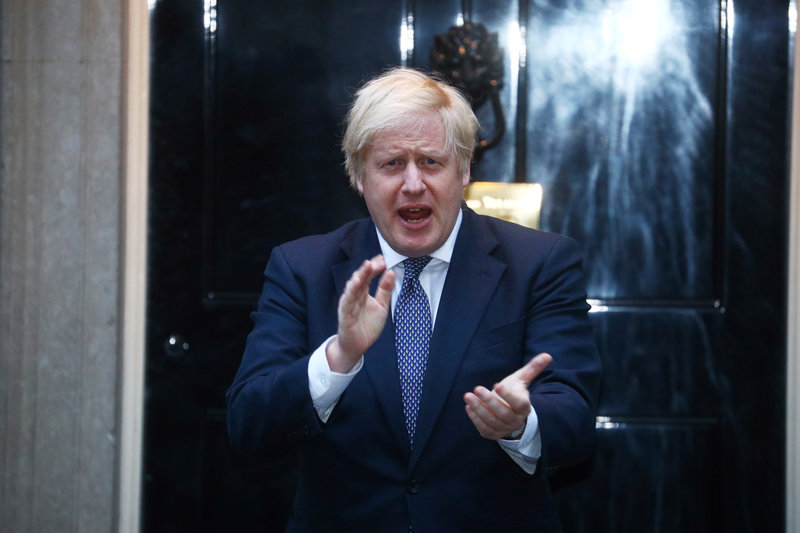 Boris Johnson has been spending a lot of time out of the limelight, and it caused people to blame him for the heightened number of COVID-19 cases in the country.

The people of the U.K. saw a little hope when Johnson finally came back after he took almost a one-month leave due to his coronavirus positive diagnosis.

However, just a week after he came back to Downing Street, the prime minister was only able to attend one public appearance and missed the other eight coronavirus briefings.

Because of this, a lot of people took their dismay online and blamed his absence for the sudden hike of COVID-19 cases in the country.

On May 5, netizens started to trend #WhereIsBoris on Twitter in pursuit of grabbing his attention. The number of COVID-19 cases in the U.K. have suddenly skyrocketed, and the government's response seems to be not working at all.

One netizen wrote, "Alexander Boris de Pfeffel Johnson - the first British Prime Minister in history to be on a Zero Hours Contract."

"Over 30k dead from COVID-19 in the U.K. Highest death rate in Europe and second highest in the world," another critic exclaimed. "Our PM has been missing through most of this pandemic, and after a brief appearance last week, is missing again! Pouting facePouting face #WhereisBoris?"

People called Johnson a "part-time prime minister" as well for his absences.

Moroever, people fear that Johnson might take a paternity leave after his fiancee, Carrie Symonds, gave birth to their child. However, there have been he reports that he has decided to take a vacation later in the year instead.

While other critics were unstoppable in slamming the U.K. leader, some people still gave him some consideration and remembered how Johnson almost died in the intensive care unit due to his then-worsening COVID-19 symptoms.

"The guy nearly died while in ICU "JUST INCASE" Nothing mentioned by the media except Boris is in fine spirits and doing well," one Twitter user replied to a tweet in defense of the prime minister.

On May 6, Johnson failed to hold his daily press briefing again, as well as the "Prime Minister's Questions" -- a segment where he was supposed to address the status of the country amid the pandemic.

With over 200,000 confirmed cases and more than 30,000 deaths, the U.K. became the first European country to reach those numbers. It drew global criticisms, with some people even labeling Johnson "incompetent."

Beppe Severgnini, an opinion writer on Corriere della Sera, said that the British government "did not pay enough attention to what was happening here, while Germany responded very well. The two great British virtues - understatement and grace under fire - have turned out to not be a blessing."

Meanwhile, a top tweet revealed the current coronavirus data of some countries and compared the U.K.'s status to Japan and South Korea.

Per worldometer, U.K. is now the country with the fourth-most number of cases next to the USA, Spain and Italy. The nation is also second for the highest total deaths (USA remains first with 74,000 deaths).