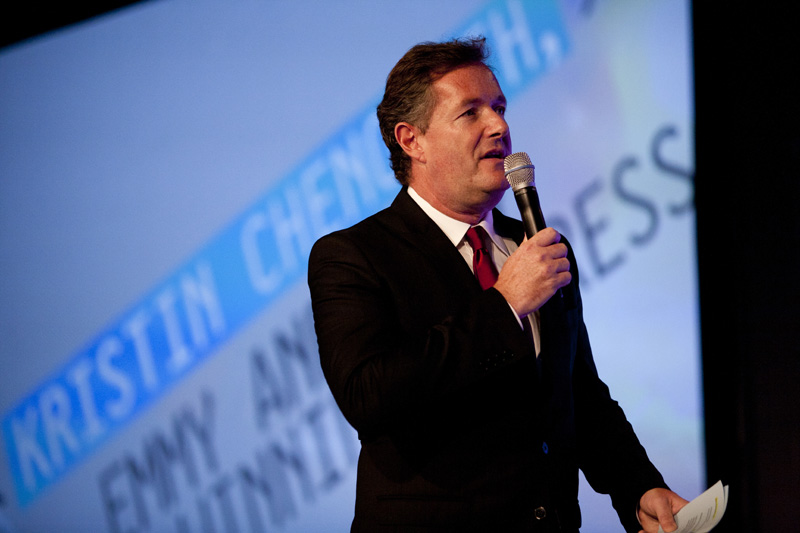 It has already been established that Piers Morgan does not have coronavirus. The issue is that he has some really alarming COVID-style symptoms, which made him think he could test positive for the dreaded infection.

The "Good Morning Britain" host took it upon himself to explain the alarming symptoms he suffered recently. Last Sunday, he announced that he was experiencing some symptoms that were somehow hinting he has the virus, so he had to get himself tested.

The next day, he was happy to find out that he has tested negative. Still, this does not mean he can already go back to work immediately.

Now that "Good Morning Britain" is set to return Monday morning, Morgan wants people to be aware of certain symptoms that can make one think he or she has coronavirus.

"If you really want to know, I developed shortness of breath, a cough & unusual lethargy - three possible signs of COVID-19," he wrote on Twitter. His doctor compelled him to take the coronavirus because of these, but the results were thankfully negative.

If you really want to know, I developed shortness of breath, a cough & unusual lethargy - three possible signs of COVID-19.
So my doctor told me to take a coronavirus test, which was thankfully negative. https://t.co/9SYOhIzV37 — Piers Morgan (@piersmorgan) May 8, 2020

Last weekend, he had to let go of his hosting duties on GMB because of these symptoms. However, upon testing, he could already announce that he was not affected by Covid-19.

Not even back on the show, Morgan already has a lot of things to say. One of them is on the recent news that the "Harry Potter" star Miriam Margolyes sharing that she wanted Borish Johnson to die. According to him, these comments are simply disgusting. He also called it a manifestation of tribalism."

He wrote, "Disgusting. This is where toxic tribalism has got us.. actively wanting people of a different political persuasion to die. Shame on you Ms Margoyles."

Margolyes' comment could have triggered him because last week, when he was grappling with some mild symptoms, some people declared that they hoped he die too.

It can be recalled that when asked what she thinks of how the present government is handling the covid-19 pandemic, she said it is a disgrace.

Then she added that she wished Boris Johnson would have died. I" t's a disgrace, it's a scandal. It's a public scandal. I had difficulty not wanting Boris Johnson to die," she could be heard to have said.

Wanting a person to die for no reason is alarming.

She did question her thought process and had a change of her heart. "

She said she started to wish Johnson would become better, but when he did, Margolyes realized that he did not become a better human being.

Her comments quickly divided the Internet. Some called her vile and said she lost all of her credibility. Some even made some death threats. On the other hand, there is also a growing number of Twitter users claiming Margolyes simply said what people were thinking but too afraid to say it out loud.

Morgan is obviously on the camp who thought her comment was just trash.

The talk show host is not one to mince words.