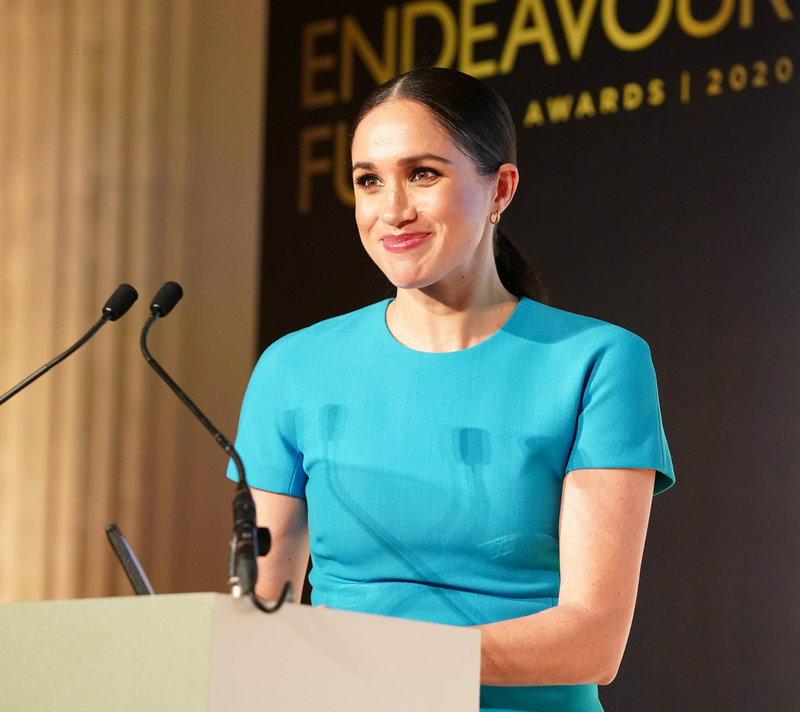 Meghan Markle's true reason for leaving the royal family may be different from what she publicly said.

When the Sussexes dropped their bombshell announcement in January, they said that their reason for wanting to step back from their royal duties was so they can live away from the media scrutiny and become more financially independent.

However, while they made the move to attain a more peaceful life, a royal author revealed that Meghan lied. According to the expert, the Duchess of Sussex left the monarchy because she has set her eyes to move into the White House.

In an exclusive interview with Daily Mail, royal author Lady Colin Campbell claimed that the Duchess of Sussex has plans to run for office soon.

The 70-year-old British socialite added that Meghan has those political ambitions for a while now, and their decision to relocate to Los Angeles is part of that plan.

"I know the Duchess of Sussex has political ambitions, and I've been told that one day she wants to run for President," Lady Campbell said. "I think everything she is doing, leaving the Royal Family and moving back to California is part of her plan, and she has taken Harry along with her."

Earlier this June, she told The Times that American publishers "jumped for joy" after they found out that she was writing a book about the Duchess of Sussex. This is because they knew that her first royal publication on "Diana, Princess of Wales" became a bestseller in New York.

Furthermore, although she has not met Meghan in person yet, the royal author said that it allowed her to write the book in a "ruthlessly impartial" way.

She then revealed a story about how the duchess became a hot topic when she held a dinner at her house at Castle Goring, Worthing in Sussex.

"If you listen to their engagement tape they both state she's been treated very well, she's been welcomed with open arms, and they can't wait for her to become a working member of the royal family, and she said she wanted to hit the ground running," Lady C said.

However, nothing worked out for Meghan in the end, so she believes that the former actress is truly the driving force behind what is now dubbed as "Megxit."

Instead of making adjustments as soon as she became part of the monarchy, the former "Suits" actress allegedly refused to do so and chose to leave instead.

"This person is no more suited to royal life than Angelina Jolie would be to competitive boxing," Lady Campbell went on before adding that Meghan always wanted to be a star since day one.

Currently, Prince Harry and Meghan are busy learning everything about the "Black Lives Matter" movement, thanks to the coronavirus that has halted their Hollywood plans.