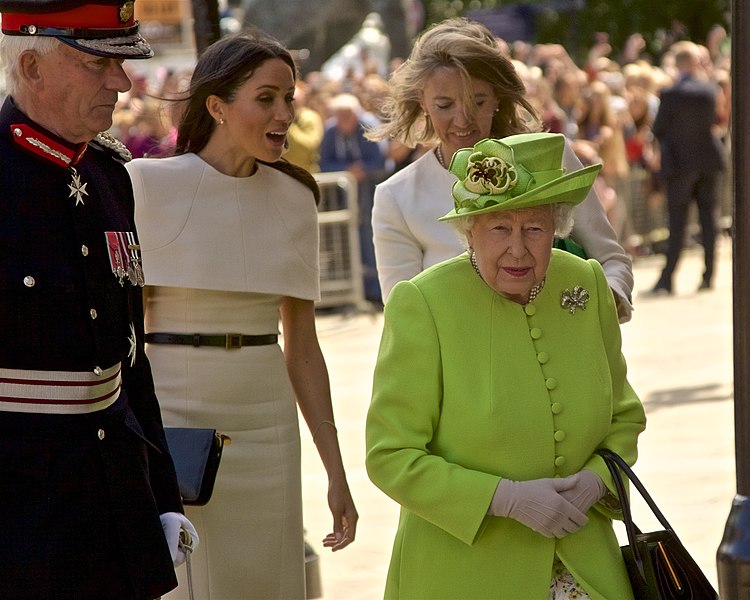 Meghan Markle is said to be feeling out of place as soon as she joined the royal family.

Royal author Leslie Caroll previously told The Express that Meghan never really fitted in with the royal family since Prince William and Kate Middleton seemingly refused to welcome and accept her.

For instance, Meghan once approached the Duke of Cambridge, but he just shrugged her off. The Sussexes fueled the issue more after they decided to split from the joint charity they shared with Cambridges through a statement released by the royal palace.

But despite receiving a cold shoulder from the core members of the royal family, a bombshell new book claimed that Queen Elizabeth II was the Duchess of Sussex's greatest ally since the beginning. However, she lost Her Majesty when she decided to depart from The Firm.

Investigative journalists Dylan Howard and Andy Tillett stated in their new book "Royals at War" that the Queen took Meghan "under her wings" when she became part of the monarchy.

"Her Majesty has seen it all and could offer the duchess (Meghan) some helpful advice. Meghan would do well to nurture that relationship and pop over for an occasional cup of tea with the Queen," one insider revealed to Howard and Tillette. "Meghan doesn't need an invitation."

Aside from those perks, Queen Elizabeth II allegedly sent one of her own trusted aides to keep Meghan safe at all times when she started undertaking royal duties.

Furthermore, another insider said in the book how the Queen had been supportive of her through ups and downs.

"The HRH is a reasonable woman and accepts that marrying into the Royal Family isn't easy and mistakes are going to be made," the insider went on.

After establishing a healthy relationship for a short period, tables seemed to turn and Meghan lost her greatest ally in the royal family.

In January 2020, after they spent the holidays away from the royal family, Prince Harry and Meghan came back with a bombshell announcement, expressing their desire to step down as senior royals and begin their new lives outside the monarchy.

After the news spread, Howard and Tillett claimed Her Majesty felt "furious" after she learned the news as the two want to become "the world's biggest lifestyle brand."

"If they are allowed to do so, the monarchy as we know it will cease to exist and a new 'celebritised Royal Family' is about to take over," another source told the journalists in the book. "They want to have their cake and eat it too."

However, far from what the book claimed, Queen Elizabeth II gave them a nod and sent her acknowledgment to the two.

Her Majesty showed her support in a statement in January, saying: "My family and I are entirely supportive of Harry and Meghan's desire to create a new life as a young family. Although we would have preferred them to remain full-time working Members of the Royal Family, we respect and understand their wish to live a more independent life as a family while remaining a valued part of my family."

The 38-years old Duchess surely lost big time after Megxit, and no one knows whether she could still build the bridges she burned just to attain her Hollywood dream.