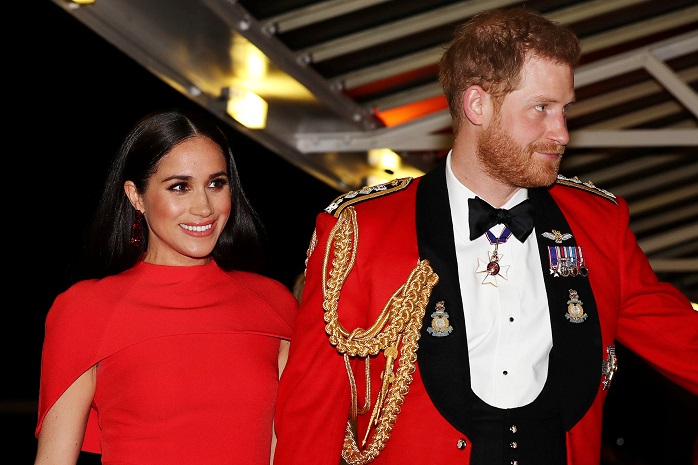 Prince Harry and Meghan Markle had to let go of various perks and assets after they stepped down from their senior royal roles.

As part of their agreement with Queen Elizabeth II, Prince Harry and Meghan pledged not to use the Sussex Royal name and the word "royal" in their future endeavors outside the monarchy.

But despite losing their beloved brand, Her Majesty decided to leave them their HRH titles -- though they can only use it if they work with the royal family again.

However, a royal expert warned that they could still lose their last royal titles in the future.

Constitutional expert Iain MacMarthanne told Express that the HRH prefixes could also be taken away from the Duke and Duchess of Sussex since "nothing is set in stone" anymore.

"In its extreme form nothing within the British constitution is binding," MacMarthanne said. "Royal Warrants can be issued at any time to address any matter either arising or one requiring rectification or clarification."

He also compared Meghan's case to King Edward VIII's wife, Wallis Simpson. To recall, the former Duke of Windsor gave up his royal life, abdicated and moved to France to marry her.

However, she never had an HRH title despite tying the knot to a royal prince. Camilla, Duchess of Cornwall, also faced the same thing since she married Prince Charles after his divorce from Princess Diana.

In Meghan's case, there is still a massive chance that they would lose their HRH honors.

"Consequently, what has been given, can be taken away - as it was for many former HRH's who lost the style by the 1917 Warrant, it can also be given, or whatever practices might have been can modified," MacMarthanne explained.

Meanwhile, in line with their decision to quit the roya family, Prince Harry and Meghan are no longer using their HRH titles..

Last week, StreetGames tweeted the Thank You letter they received from Prince Harry and Meghan and expressed their gratitude for their continued support amid the global crisis.

It is worth nothing that they signed the letter simply as "Harry & Meghan."

Despite dropping their titles, the royal couple earned criticisms for using the crown logo on the letter.

"How nice of them to send this out using the symbol they have left behind. Must have leftover stationary," one critic wrote before another one added: "Harry walked away from everything Royal, which includes crown logo. Meghan never was Royal."

Royal commentator Richard Fitzwilliams, meanwhile, came into the defense of Prince Harry and Meghan and emphasized that they are still entitled to use the crown as part of their monogram.

"They are entitled to use the coronet as Harry is the son of an heir apparent and Meghan was also assigned a coronet on their marriage," Fitzwilliams exclusively told Insider.