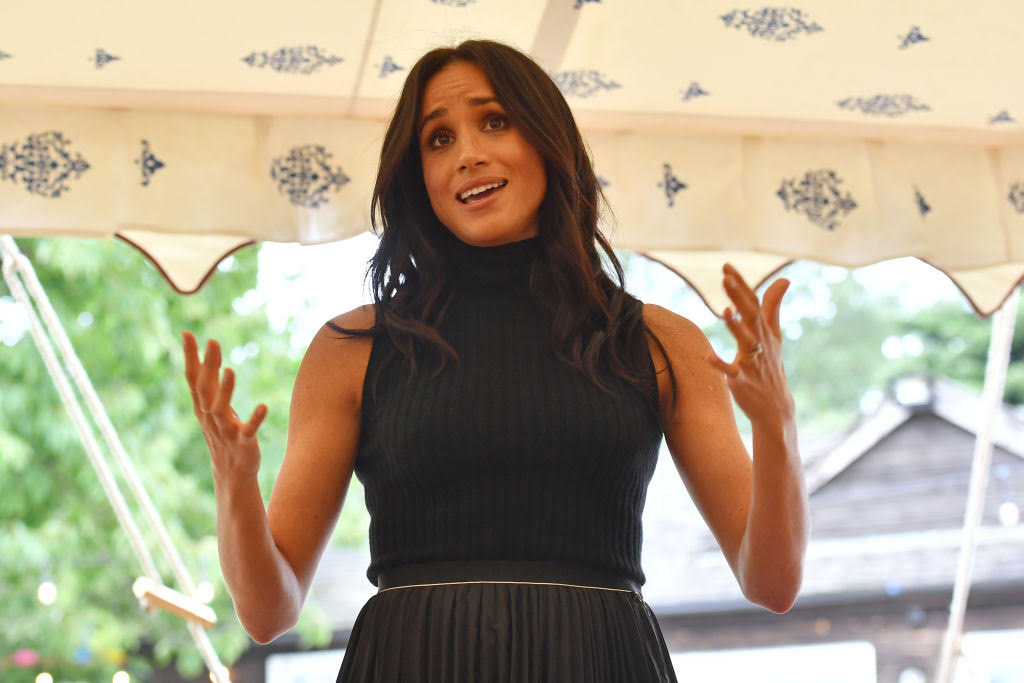 Ever since Meghan Markle became a royal, she garnered a lot of embarrassing titles from the British public.

Meghan has been the subject of criticisms, as British tabloids continuously penned articles that put her under negative light. It all started when she began dating Prince Harry, and it got worse after she married him in 2018.

With that said, we take a look at some of the embarrassing nicknames that she probably didn't deserve but the British media still gave it to her.

The magazine's October 2019 issue said that although she did not go from "rags to riches," Meghan's life was a "Ralph & Russo-clad beacon of change."

"Just cast an eye on today's Society and you'll soon see how high the underprivileged have soared. Not to mention those who pretend to be less grand than they really are," the article disclosed before adding that she is a "tungsten toughie to drag the Royal Family into the 21st century."

After topping the said list, Piers Morgan added more fuel to the fire by calling her a "ruthless social climber" who has spent her life using people before ditching them.

Before they decided to leave the monarchy, the Duchess got a saddening remembrance after going through a lot in 2019.

PlayOJO conducted a survey on the most unfairly treated person of the year. Over 2,000 people participated in the poll, and surprisingly, half of them thought that Markle should be at the top of the list.

A spokesperson from PlayOJO stated that they launched the survey to find the balance and not only to acknowledge that it was the worst year for Prince Harry's wife.

"Whatever you think of her, the majority of us Brits agree on one thing - she's had a pretty tough year," the statement went on.

The duchess topped the list over Ant McPartlin, The Queen, Greta Thunberg and Alex Hollywood.

Coming from Hollywood, Meghan surely expected that her popularity as an actress would boom even more as soon as she began dating a royal prince. However, she never got what she wanted.

In a poll launched by New Public Polls For Metro in November 2019, the duchess fell second place in the most unpopular royal after Prince Andrew.

Meghan's approval rating climbed to 66 percent among 18 to 24-year-old individuals, but it dropped to 28 percent among those aged 55 to 64.

Kate, Duchess of Cambridge, still got more approvals than her -- as usual -- with her total approval rating peaked at 67 percent.

"There's a lot of support for the Sussexes among younger people," said pollster Gabriel Milland. "Meghan has real appeal among groups that will make up the majority of the population in the decades to come."

However, it is worth noting that these polls were created months before the Sussexes stepped down as senior royals. Because of that, a lot of royal watchers expect her approval rating to fall even more if Public Polls for Metro would launch the poll once again.