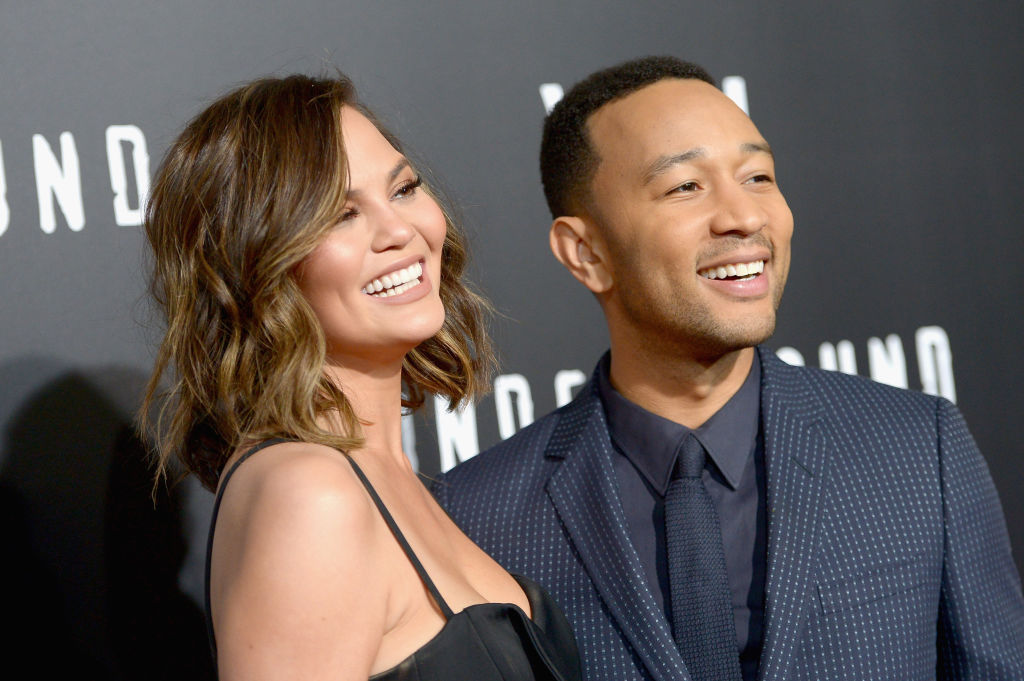 Chrissy Teigen proved that her husband is indeed the sexiest man alive after taking a rare video of a naked John Legend while showering.

On Monday, Chrissy posted a video clip on her Instagram Story wherein John can be seen taking a shower in the back.

The 34-year-old "Cravings Cookbook" author posed in front of their bathroom mirror as she held her hand up to cover John's bare backside and prevent it from reflecting in the giant mirror. She seemed to be having fun doing the silly censorship, as she giggled along during the self-taken clip.

The PEOPLE's Sexiest Man Alive in 2019 remained unaware that Chrissy was recording such a hilarious moment.

Though John's physique surely got people's attention, Chrissy's way of showing off her body through a bikini with flattering one-shoulder neckline also made headlines.

Her post was only one of the many swimsuit photos that she has posted online ever since she had her breast implants removed last month.

According to PEOPLE, the Legend family is currently vacationing in Mexico, and the couple has been sharing photos from their trip online.

Previously, Teigen posted a photo of herself, Luna, and Miles on what appears to be a yacht.

John and Chrissy have been trolling their fans during the lockdown period, too.

In April 2020, Chrissy jokingly told a fan that she was definitely breaking up with husband John Legend after PopSugar posted an article with a misleading photo and caption online.

On Instagram, the American media company shared a photo of the couple and their daughter, Luna, alongside the caption, "Can't believe we're typing this, but John Legend covered Selena Gomez at a stuffed animal wedding! Tap the in bio to watch him sing at the 'ceremony' RN!"

While nothing seemed wrong about the IG update's description, a random fan's comment stood out after she exclaimed that she mistakenly thought the couple were ending their marriage.

"Popsugar, don't you EVER DARE AGAIN post a photo of John and Chrissy and write 'can't believe we're typing this...' I THOUGHT THEY WERE BREAKING UP. MY HEART LEPT OUT MY CHEST. I CANNOT HANDLE THAT ANXIETY RIGHT NOW," the Instagram user commented.

In the same comment section, the "Lip Sync Battle" presenter replied to the fan and cheekily said, "Oh we are also def breaking up after we can leave the house."

John, Chrissy Always Do Something Bold!

Aside from Chrissy's recent cheeky post, the couple seemed to be enjoying trolling each other.

Last year, the two shocked the internet when they had a mock sex inside Kris Jenner's home.

In a video recorded by the Kardashian matriarch, John whipped off his trousers and jokingly made out with her wife on Kris' bed, stroking her bottom continuously while his wife caressed his back.

Kris then whispered on the video that they were surely her worst guests ever.

Their playful side indeed helped their relationship become stronger amid the pandemic and issues surrounding them.