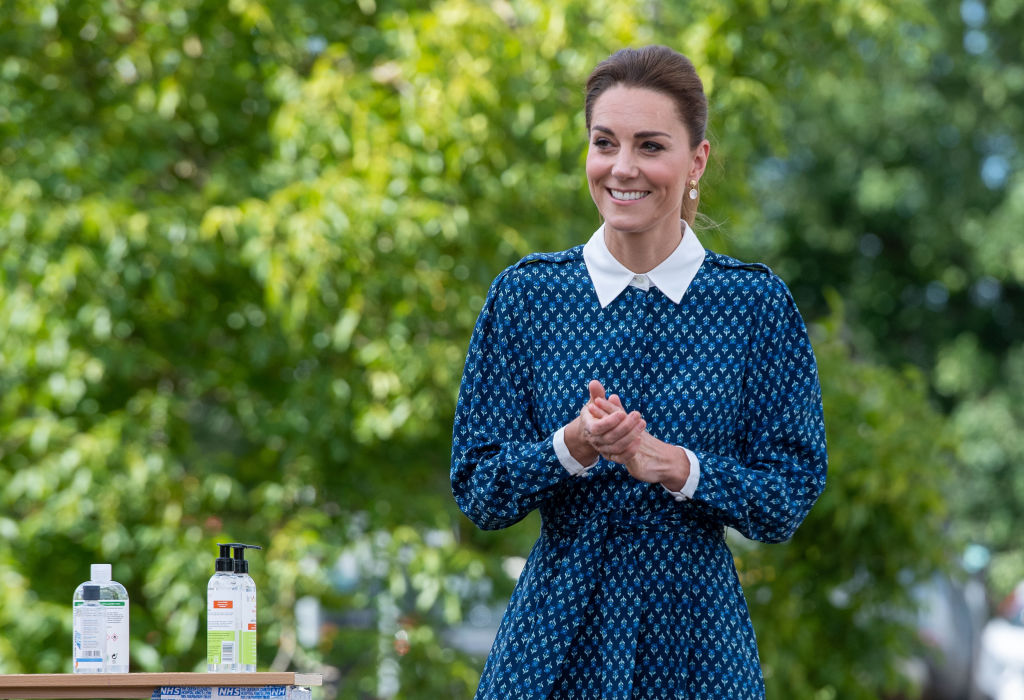 The upcoming and long-awaited biography of Meghan Markle and Prince Harry titled "Finding Freedom: Harry and Meghan and the Making of a Modern Royal Family," is making Prince William, Kate Middleton and the rest of the royal family extremely defensive.

But why are they feeling that sort of defense mechanism?

Authors Omid Scobie and Carolyn Durand have been all over the news ever since they let out some extracts of their book about the Duke and Duchess of Sussex.

One claim from the book said that neither Prince William nor Kate Middleton was welcoming to Meghan Markle.

The authors said that the two duchesses had a "cordial but distant rapport" during the two years of Meghan being a senior royal.

The Duchess of Cambridge was accused of purposely snubbing her sister-in-law, avoiding eye contact while they were at a royal engagement.

She also didn't feel like they didn't have that much in common, aside from the fact that they both used to live together in one compound in Kensington Palace.

Prince William, on the other hand, authors claimed that Prince Harry went ballistic when he referred to his girlfriend as "this girl" and even mentioned how their romance was moving too fast, saying that the couple should "take it slow."

The dad-of-four has also been accused of purposely ignoring his younger brother's wife.

The Duke and Duchess of Cambridge and other royal members and aides have referred to Meghan Markle as "Harry's Showgirl."

But according to friends of Prince William and Kate Middleton, the couple welcomed the former "Suits" actress "with open arms" and have even invited them to their family home in Norfolk.

They also revealed how the future King and Queen Consort have done all they possibly could to welcome Meghan Markle to the royal family and have "rolled out a red carpet" for the American-born Duchess.

Many believe that Kate Middleton's press secretary is behind the recent press leaks about the Duke and Duchess of Cambridge.

This includes the one where Kate reportedly sent flowers to Meghan as a "peace offering," but the Duchess of Sussex knew that flowers weren't going to make up for years of hurt.

While some of the book's allegations are interesting, that hasn't stopped the 39-year-old British mom from sending her aides to the press to talk and fix any misrepresentation of her that's not-at-all flattering.

And why wouldn't her staff or any of the Brits listen to her, as aren't everybody supposed to bow down to the future Queen Consort?

Because the royal family is such an influential family in the UK, they can manipulate the stories in the press, continue to feed the British tabloids with gossip, and only turn around and claim to be shocked when the Duchess of Sussex brought it to the public's attention.

In the book, Prince Harry and Meghan Markle said they were sidelined by royal members and aides and called one of them the "viper" as some of them leaked info about the Sussexes to the press.

Because the Cambridges Are in Crisis?

It's not a mystery why Kensington Palace allegedly betrayed Meghan Markle and Prince Harry.

One claim suggests that the former actress has already broken so many royal protocols and have upset the royal family.

But whether or not she was a rebel or just plain ignorant, it is still up for debate.

But another claim suggests that Meghan's husband is simply the sacrificial lamb for his brother to cover up Prince William's mistakes, such as hiding his alleged affair with Rose Hanbury.

The "Sussex Squad," an unofficial fan page for the Duke and Duchess of Sussex, claims that disturbing tabloid stories of the couple only came out, and became even extreme when Prince William's story of infidelity had surfaced.