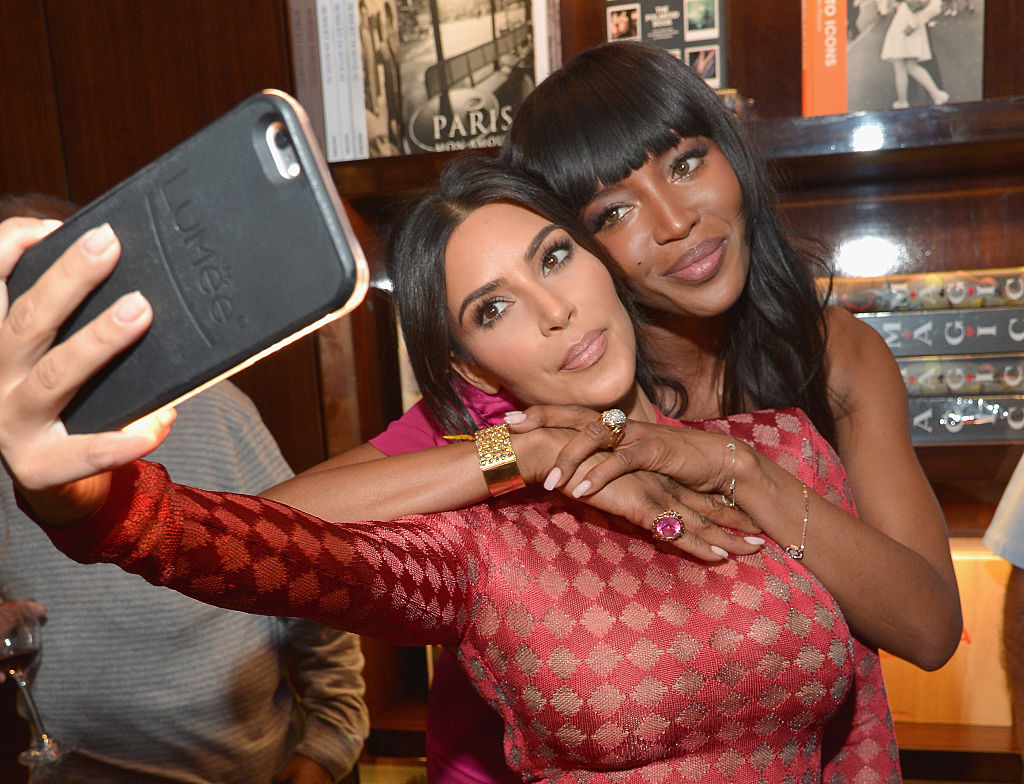 As everyone probably knows, Kim Kardashian is synonymous to social media.

From being Paris Hilton's BFF and stylist, she became a trendsetter and a media personality before cementing her personal brand in the entertainment industry, all thanks to Instagram and Twitter.

According to Vogue, the "Keeping Up with the Kardashian" star takes about 6,000 selfies a day to get that one IG worthy shot. In addition, the SKIMS founder obviously loves taking selfies that she even wrote a book about it which she titled "Selfish."

Released in 2015, the coffee table photobook features personal selfies from the ever-popular Kim Kardashian Instagram and other social media accounts.

It is also worth noting that in a previous episode of "KUWTK," Kim K found herself banned from taking photos of herself because of her hand injury. She was advised by her doctor to lay off of it and give her wrist a rest.

"My hand hurts. I forgot my brace. The doctor says I can only hold my phone like this," she told her sister Khloe in the said episode.

However, Kim being the selfie queen that she is, she turned to her assistant Paxy for her selfie updates instead of going against her doctor's advice.

Having said that, we compiled a list of the reality star's most controversial selfies of all time.

In 2018, the KKW founder left little to the imagination as she showed off her famous curves, ample bosom, and toned abs while wearing a vintage black string bikini from Chanel.

Unfortunately, Kim K received a ton of backlash from Twitter after calling her "desperate" and "vulgar" for the "inappropriate" bikini snap.

Before the launch of her new makeup collection from her brand KKW Beauty, the 39-year-old reality star posted a behind-the-scene photo of her ultralight beams highlighters & glosses.

She took a mirror selfie while sporting platinum blonde hair high up in a ponytail and capped off the look with dark eye makeup and nothing but glitters on her body.

In another Kim Kardashian Instagram post, she showed her fans how confident she is with her body as she flaunted her sizzling curves in a risque snap.

The reality star shocked social media with her nude mirror selfie with the caption: "When you're like I have nothing to wear LOL."

This also sparked a Twitter war between the KKW founder and singer-songwriter Bette Midler.

The "Wind Beneath My Wings" hitmaker wrote: "Kim Kardashian tweeted a nude selfie today. If Kim wants us to see a part of her we've never seen, she's gonna have to swallow the camera," to which the Kardashian replied': "Hey @BetteMidler I know it's past your bedtime but if you're still up and reading this send nudes."