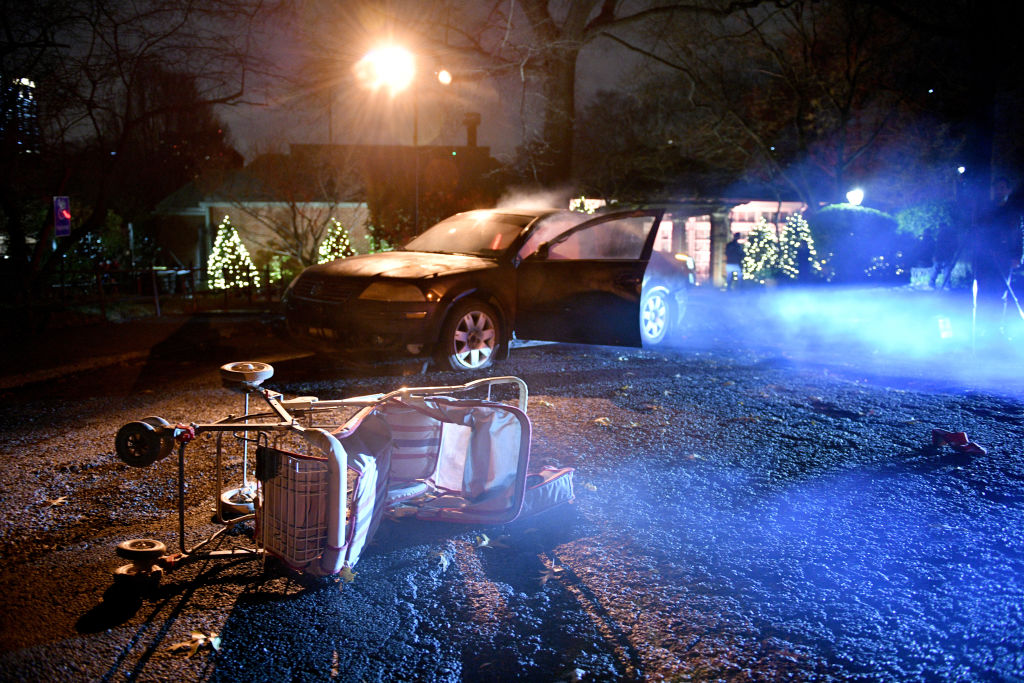 If you are bored out of your wits at home because of the coronavirus pandemic, anxious because the future does not seem to make sense, or confused whether you should be relaxing or worrying, a dose of horror film binging is just what you need.

Science has proven it: horror films can distract you to the point that you actually feel better afterwards.

Contrary to popular opinion, horror movies do not make you dysfunctional. In fact, it does the opposite because your mind becomes more alert. Because there are so many Netflix USA horror movies you can watch now, we chose our top three based on several criteria (which we would rather keep a secret).

One thing is for sure though: these are not horror movies that will make you more confused than we all are today. 2020 is in a completely different horror league of its own if you think about it, but the point of watching horror movies is not to mull about how much of a wreck this truly is.

Of course, one of the criteria is that it has to be a Netflix USA original, not an iconic horror movie that you probably watched when you were a kid and now found on Netflix. Those movies are good, but let's give these Netflix horrors a shoutout because they deserve it.

"Gerald's Game" is usually described as Stephen KIng's worst book. Given how many masterpieces King wrote, being his worst probably meant it was just average. But a Netflix USA touch turned it around and made it one of King's best movies (he has a lot of books turned into movies).

The book was not well-accepted because it's essentially revolving around just a girl tied to a bed slowly losing her mind.

You'll probably feel the chills only if you have a very active imagination. But making it into a movie changes the game. Now, it's easy not just to see but to actually feel how scared the girl was being tied to a bed.

It was supposed to be a titillating movie about a couple trying to rekindle their marriage, but it turned downright scary fast.

Hush is said to be a low-budget Netflix Original horror movie. However, the indie horror surpassed expectations, even ours. We believe that it is one of the most chilling films of 2016.

How can your heart not race as fast as ours when you see a deaf woman deliberately being hounded by a crazy killer is beyond us.

If a woman with disability being chased down is SUPER uncomfortable for you, you can try "Dont' Breathe." Same premise: being chased in the dark and unable to make a noise, but at least she does not have a hearing disability.

If Gerald's Game make you twitch uncomfortably in your seat because you HATE the fact that the girl cannot leave the bed, and Hush make your ears ring because you're scared senseless of the girl who cannot hear, then Bird Box will make you chew your fingernails off.

Just try to imagine what the heck it feels like fighting monsters you do not know about AND you must not see.

It is a movie based on the novel by Josh Malerman and directed by the Oscar winner Susanne Bier. It revolves around an apocalyptic period where people can literally just die from sighting something they do not know. Because they do not know what kind of entity they should not see, they have to be blindfolded all the time while trying to stay alive.

You'll thank your stars that you still have your eyesight to enjoy this movie!

You have probably watched enough oteen horror flicks to ask yourself how can another one be on top of our list. But we believe "The Ritual" is different -- unlike any other horror show where you'll love to see the characters die because of their own stupidity.

The Ritual is a 2017 Netflix original horror film by David Bruckner. It's based on a novel, which is a plus point for us. Only nicely written books can be turned into movies, after all. AT LEAST that should be the case.

It revolves around a group of college friends than returned from a trip to the forest, but there, they encountered a scary presence in the woods that would not let them enjoy their reunion in peace. The formula might be quite familiar, but we believe you'll like how it is delivered with a dedicated cast and a menacing setting.