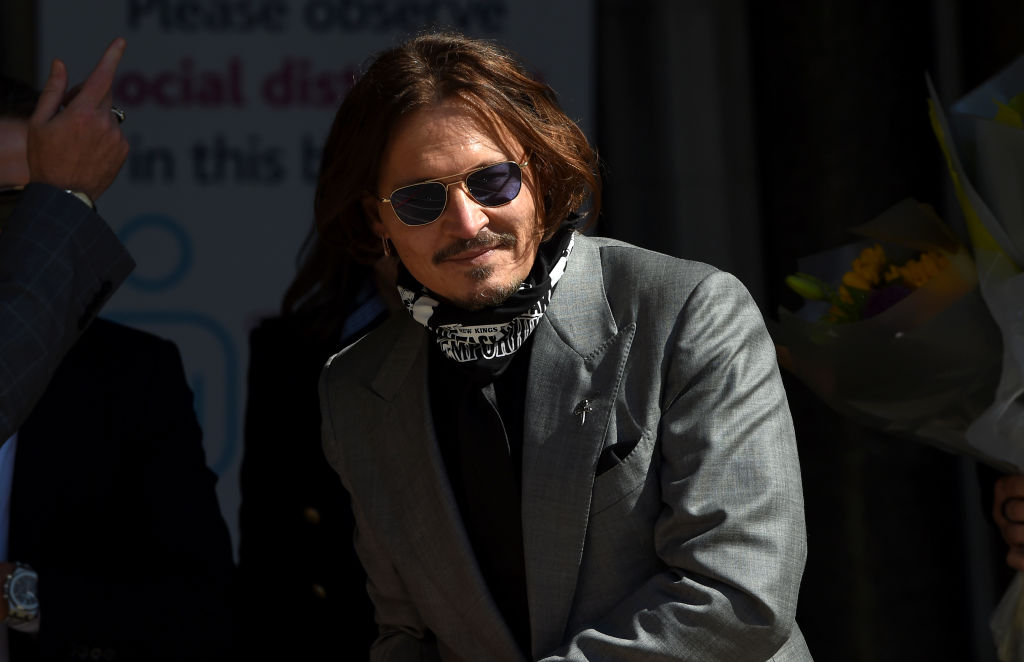 After totally losing his role in the "Pirates of the Caribbean" franchise, Johnny Depp also missed his chance in bagging other movie roles.

Multiple media outlets previously reported that Depp started to lose a grip on his career after his ex-wife, Amber Heard, penned a damaging op-ed for Washington Post.

Although his fans did their part to defend Depp and allow him to get back his award-winning role, the Hollywood Reporter revealed that Disney chose Margot Robbie to lead the remake of the film.

Because of this, rumors about Depp begging "Avengers" star Robert Downey Jr. to give him a job in Hollywood emerged.

While it has not been confirmed whether the "Charlie and the Chocolate Factory" actor will finally star in another movie again, there are currently three potential films that he can play in the future.

Following the gossips about his talks with the "Iron Man" actor, Depp reportedly received an offer from RDJ for a role in "Sherlock Holmes 3."

Although it remains unknown what particular role RDJ offered, it is worth noting that winning a casting spot could make Depp shine again.

The previous installment of "Sherlock Holmes" earned a massive worldwide total sales of $543.4 million, making it the 12th highest-grossing film of 2011.

Whether it is a supporting or a villain role, he could surely give justice to the character since most of Johnny Depp's movies show his dark side.

As a huge fan of "Ghost Rider," Depp is said to be eyeing for a role in the reboot as well, and he would love to play Bounty Hunter's role.

We Got This Covered first reported the possibility of the actor landing on the role earlier this month. The news outlet said that a source disclosed the information to them, noting that Depp wants to live up to the character's moniker and ride a black horse.

However, Kevin Feige already secured the slot for Keanu Reeves.

In 2019, the 46-year-old Marvel Studios president opened up to ComicBook.com about his efforts to invite Keanu to the Marvel Cinematic Universe.

"We talk to him for almost every film we make," the MCU big boss revealed. "I don't know when, if, or ever he'll join the MCU, but we very much want to figure out the right way to do it."

With that said, if Depp wants to be part of the movie, he might need to find a different role.

Joker in "The Batman" Franchise

Several famous stars have performed the role of Joker over the years in live-action films, including Jack Nicholson, Heath Ledger, Jared Leto and Joaquin Phoenix.

Currently, only Ledger and Phoenix are the actors who won an Oscar for playing the Joker.

But a fan and illustrator named BossLogic shared a glimpse of how Depp could slay the character in the future as well.

The said Instagram user took digital sorcery to the next level by using Depp's photo from "Fantastic Beasts: The Crimes of Grindelwald" and turning it into breathtakingly cool fan art.

The artist shared the before and after photo along with the caption, "I removed a moustache.... #joker #johnnydepp."

If it happens, then this could be a great addition to other must-watch Johnny Depp movies.