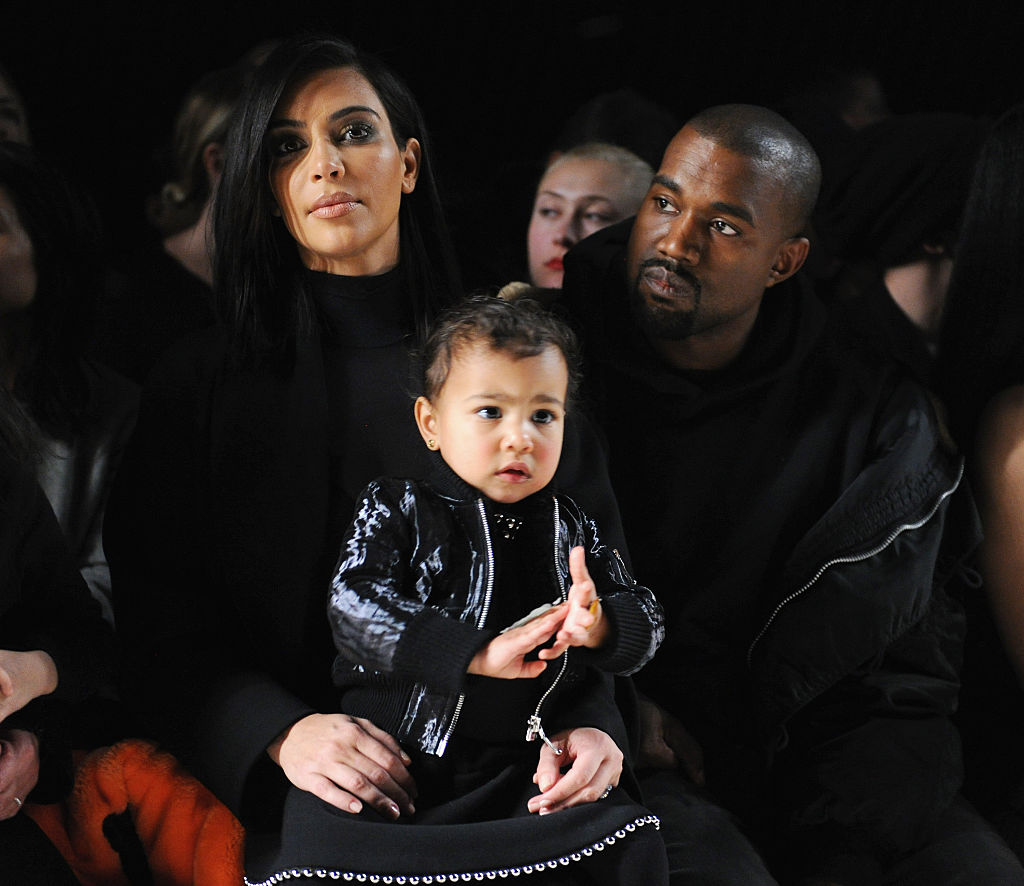 Kanye West and Kim Kardashian are one of the most famous and controversial couples in Hollywood.

The public has witnessed the ups and downs of their personal lives through the long-running show "Keeping Up With the Kardashians," as well as social media.

Last year, the reality star celebrated mother's day in a very special way as she welcomed their fourth child, Psalm.

This is also KimYe's second baby via surrogate after their daughter Chicago, who was born in early 2018.

Aside from Chicago and Psalm, the couple has two other kids, North being the eldest followed by their son Saint.

As you noticed, Kanye West's kids have very unique and pretty creative names.

According to reports, the Grammy Award winner, who has an iconic nickname of his own, is the one responsible for his children's names and takes it very seriously.

Moreover, a source told People that the 43-year-old hip hop icon wanted his kids to be named "with spiritual significance," hence his two boys Saint and Psalm.

"Kanye believes that a name is extremely important and that it's the first sense of identity that we have. He believes that people live up to their names, which is why he wanted a name with spiritual significance," the source said.

But what is the meanings behind the names of the Kanye West kids?

Born in 2013, now 7-year-old North is often seen alongside her famous mother and appears to be the next style icon of the family.

In her previous interview with "The View," momager Kris Jenner revealed the meaning behind North's unusual name.

"The way [Kim] explained it to me was that North means highest power and she says that North is their highest point together. I thought that was very sweet. I love the name North - I'm pro-North, absolutely," Kris shared.

Kim Kardashian spoke about the difficulties and struggles she experienced during her second pregnancy.

She revealed that she had a complicated condition called preeclampsia that made carring another child life-threatening for her.

Fortunately, the couple welcomed their son in December 2015 and named him Saint.

A source revealed to E! that they chose the name because they consider the baby as a "blessing," especially since the KKW Beauty founder had such a tricky pregnancy.

Born in January 2018, Chicago or Chi, as what her family calls her, is the couple's third child.

Since Kim had a difficult pregnancy, the couple decided to opt for a surrogate for their third baby.

Now 2 years old, Chi was named as a tribute to Ye's hometown and to his mother, who also grew up in Chicago.

The youngest of the Kim and Kanye West kids is their son, Psalm.

Just like their other kids, baby Psalm has no middle name as they want it to keep it short and easy.

"I do like different name[s] - but short, easy to spell, one syllable... That's kind of my vibe," Kim K revealed to "The Ellen DeGeneres Show."

In addition, Kim also expressed her belief that their youngest child is the reincarnation of her father Rob Kardashian Sr.

"We were in Bali, and a woman - a blind medium - came up to me and said that I was going to have another son and that it was going to be my father reincarnated," she told E! News.