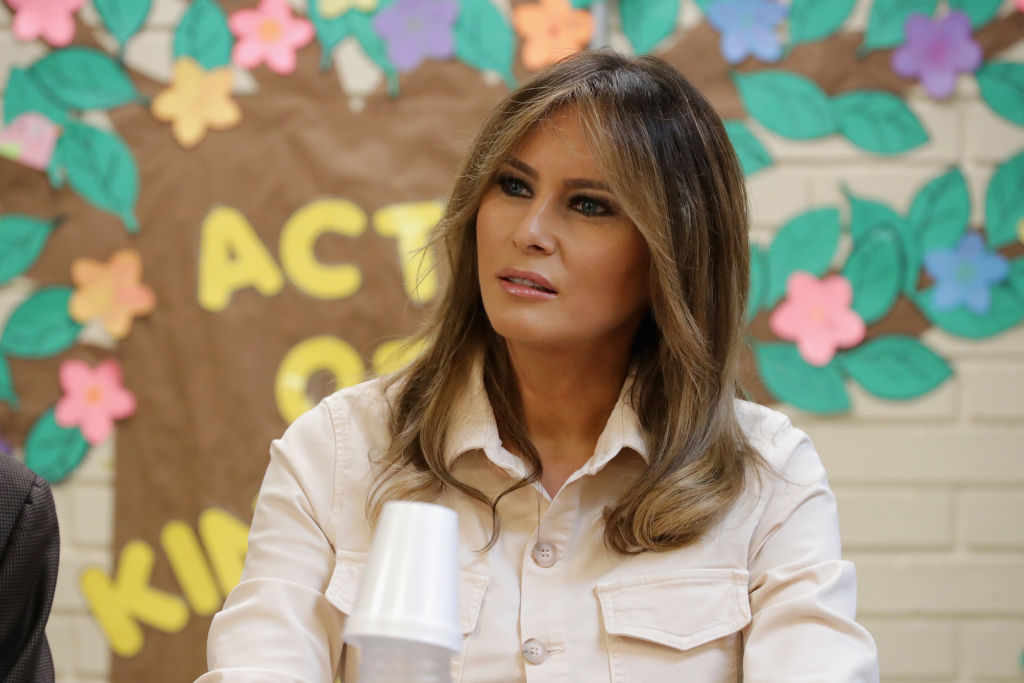 It came after the 50-year-old U.S. First Lady gave a rare speech for the Republican National Convention at the White House Rose Garden earlier this week.

"There are no words to describe how honored, humbled, and fortunate, I am to serve our nation as your first lady. I don't know if I can fully explain how many people I take home with me in my heart," Melania mentioned in her speech.

Some praised the former model for delivering a compelling message, branding it as her "moment of redemption" from her disastrous 2016 convention where she was criticized for plagiarizing the former first lady Michelle Obama's speech.

However, it appears that not everyone was pleased with Melania's recent appearance after the 74-year-old Midler made a series of xenophobic comments after the current first lady's RNC speech.

The Tony Award winner went on and drew harsh remarks towards Melania Trump.

She even called the first lady an "illegal alien" and asked her to get off the stage.

"#beBest is back! A UGE bore! She can speak several words in a few languages. Get that illegal alien off the stage!" Midler added.

Interestingly, according to whitehouse.gov., the Slovenia-born businesswoman is the only first lady to become a naturalized U.S. citizen and the second first lady in history born outside of the U.S.

On top of that, aside from her native language, Slovenian, she can also speak five other languages, including French, Serbian, German, Italian and English.

With that said, Bette Midler received a wave of backlash over her Twitter tirade on Trump.

British broadcaster Piers Morgan blasted the "Hocus Pocus" actress and called her a "racist," while political commentator Kennedy Nation wrote: "Who knew xenophobia was the wind beneath your wings!"

Meanwhile, the morning show host and an accomplished political writer Ross Kiminsky roasted the four-time Golden winner and asked, "How many languages do you speak, Bette? Melania: Slovenian, English, French, Italian, and German."

Following a series of backlash, Midler took to Twitter to apologize for criticizing and mocking the U.S. first lady.

"Well, all hell has broken loose because I said Melania' still can't speak English' last night," she tweeted. "I was wrong to make fun of her accent. America is made up of people who speak with all kinds of accents, and they are all welcomed always."

This is not the first time that the "Parental Guidance" star was blasted after posting hateful comments about the President's family.

In 2018, Midler landed in hot waters after she shared an NSFW photo of Melania from her 2000 shoot with G.Q. U.K. magazine.

The former model was seen wearing a skimpy two-piece bikini while holding a gun in a flight-themed photoshoot.