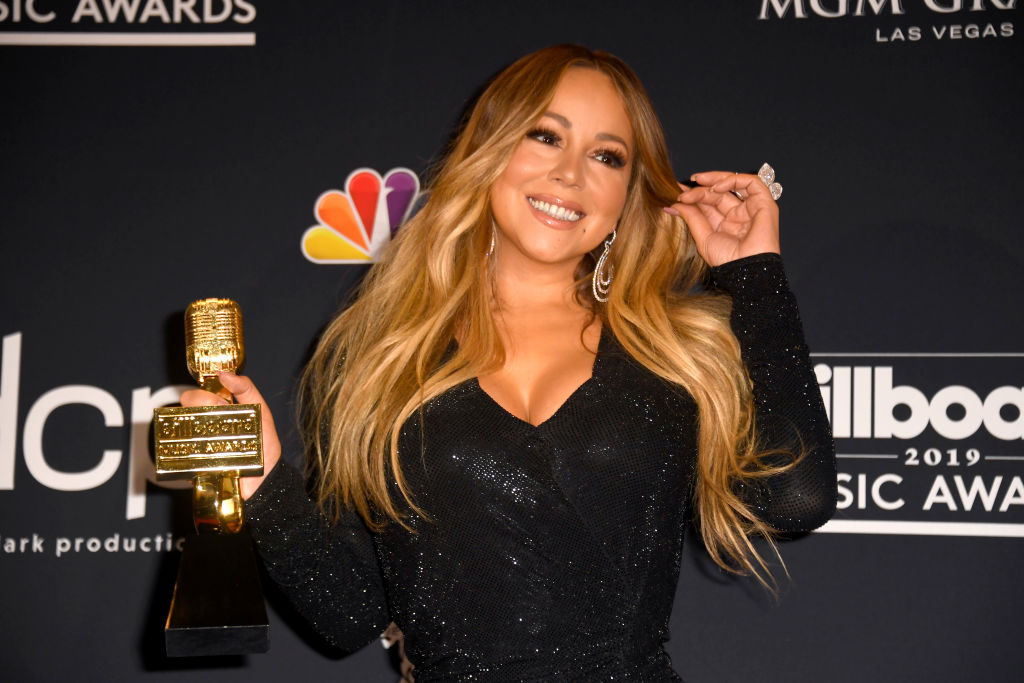 Mariah Carey is ready to come clean and speak about her struggles and achievements through her "unfiltered" memoir, "The Meaning of Mariah Carey."

Set to be released on September 29, it is no-holds-barred for Mariah in her first tell-all book. The said book will delves deep into her life, from being a striving singer to becoming a legendary hitmaker who is considered as one of the biggest-selling female acts of all time.

She began by revealing that it took her "a lifetime to have the courage and the clarity" to write her biography.

The "We Belong Together" hitmaker shared that she wanted to tell her story in hopes of giving inspiration to others.

"Though there have been countless stories about me throughout my career and very public personal life, it's been impossible to communicate the complexities and depths of my experience in any single magazine article or a 10-minute television interview," she wrote.

The Mariah Carey memoir also promised an "unfiltered" look into her life despite her emotional struggles and personal failures.

With her tell-all biography set to be released, we ake a look at the most shocking confessions involving her book.

The Sun recently cited that the Mariah Carey memoir might address the conflicts within her "dysfunctional family."

Although it is uncertain how the legendary singer would detail her relationship with her mother, Patricia, a source revealed to the outlet that the two had an issue since 2001 after Mariah was accused by her mom of having a mental breakdown.

It came after the "Always Be My Baby" songstress forced her "cult-obsessed" mother to live in an assisted living residence in New York.

"I was shocked that she left there, she's been in that house since 1994. It was a big deal moving to that house from her old home where Mariah spent her high school years," the source shared.

"We all find it very strange that with all the money Mariah has, why she wouldn't move a nurse into the house?"

Aside from her mother, the singer-songwriter has been referred to by her sibling as the "evil witch" after abandoning her sister Allison and elder brother Morgan.

According to reports, Alison was attacked by an intruder in her home, causing her to undergo brain surgery. Unfortunately, no one in the family cared for or visited her.

The award-winning artist defended herself and revealed how they have been "ruthless and heartless" towards her.

"Here's the thing: They have been ruthlessly just heartless in terms of dealing with me as a human being for most of my life. I never would have spoken about my family at all had they not done it first," Carey told Vulture.

The Mariah Carey memoir will not only revolve around her family, as there are reports she might also tackle her "alleged" relationship with rapper Eminem.

In 2001, "The Real Slim Shady" hitmaker, whose real name is Marshall Bruce Mathers III, claimed that he dated the music icon for six months. For what it's worth, Mariah strongly denied the claim.

With that said, Us Weekly reported that Eminem is concerned about how she will portray him in the upcoming book.

"He knows that Mariah is going to say very negative things about him. He is expecting the onslaught, and almost welcomes it." a source told the outlet.

The source also predicted that Carey would drop some intimate revelations about their sex life.

"Marshall is stressed out that Mariah is going to say s*** that he was bad in bed or a selfish lover because he has always been very insecure about that,' and that Carey' knows that."