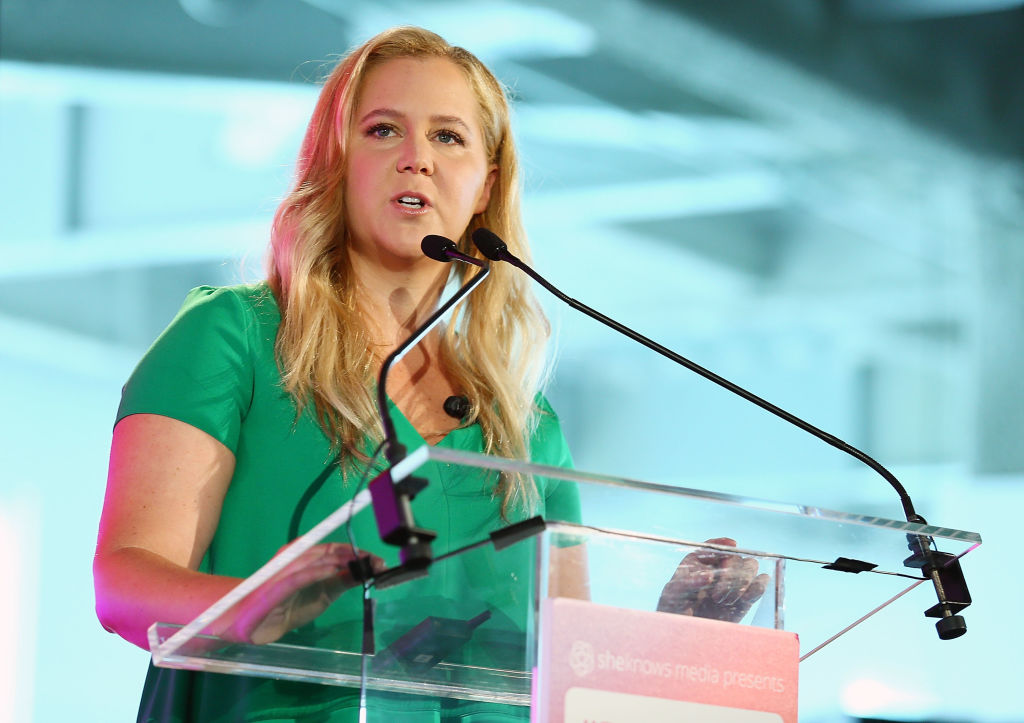 Amy Schumer braved her fear and revealed to her followers what she has been going through.

On Tuesday, Schumer shared an update about her health condition. Just like what most Hollywood stars have been experiencing, the comedian said she is also suffering from Lyme disease.

Through her Instagram account, the 39-year-old actress disclosed her diagnosis to her fans by sharing a childhood picture of her. While it seemed like a normal social media update about how she had her first-ever fishing pole, the caption broke everyone's heart.

"My first ever fishing pole. Anyone get LYME this summer? I got it, and I'm on doxycycline. I have maybe had it for years," Schumer wrote. "Any advice? Can you have a glass of wine or 2 on it? I know to stay out of the sun. I'm also taking these herbs from cape cod called lyme-2."

She also asked her followers to comment or text her the information they know about the autoimmune disease.

Despite the health issue she is going through, she assured everyone that she feels good and excited about finally treating her illness.

According to the Centers for Disease Control and Prevention (CDC), Lyme disease is a tick-borne illness that a person can get through a bite of an infected black-legged deer tick. Currently, it is the most common vector-borne disease that can cause several symptoms.

If left untreated, it can spread through person's joints, heart, and even the nervous system, which can lead to joint pain and neurological problems.

Schumer joins the expanding list of celebrities who revealed that they have Lyme disease, including Justin Bieber, Avril Lavigne, Alec Baldwin and Yolanda Hadid.

A few weeks ago, supermodel Bella Hadid admitted that she is also suffering from Lyme, calling it an "invisible" disease.

Schumer Always Wanted To Be Healthy

While it seemed like it was the first time Schumer spoke about her health struggles online, the actress was actually also transparent about her life during her pregnancy.

In 2019, the "I Feel Pretty" star got diagnosed with hyperemesis gravidarum, or severe morning sickness, during her pregnancy with her son Gene.

She successfully overcame it and welcomed her son with husband Chris Fischer in May 2019 .

In addition, earlier this year, Amy also asked for advice from those who are undergoing IVF treatment.

"I'm a week into IVF and feeling really run down and emotional. If anyone went through it and if you have any advice or wouldn't mind sharing your experience with me please do," Schumer wrote alongside a photo of her bare stomach covered in bruises.

The fact that she has been seeking guidance from her followers means that she wants to take care more of herself now that she is a mom.