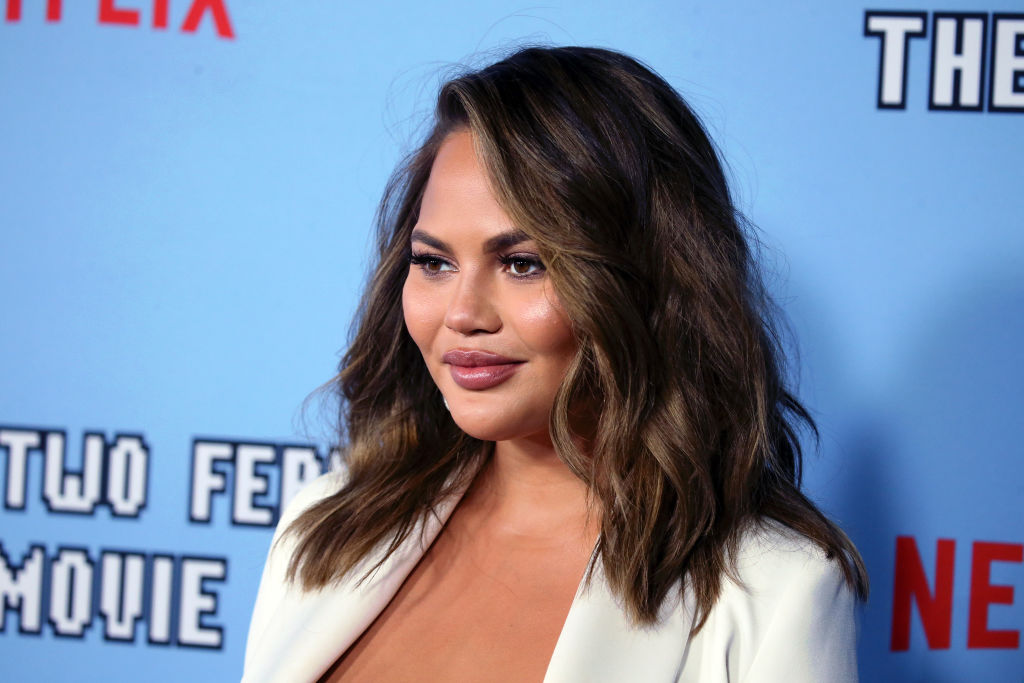 Chrissy Teigen suffered from another pregnancy scare that caused her to be hospitalized.

Teigen shared another update about her sensitive pregnancy journey on Instagram and let her fans know about the situation she is going through right now.

In the series of videos she posted on her Instagram Story, the 34-year-old model disclosed that she has been bleeding heavily despite being on bed rest.

She further explained that the issues she experiences during her third pregnancy caused her to be hospitalized.

Per Teigen, she is already halfway through her third pregnancy. However, the bleeding hasn't stopped for nearly a month already. Despite that, she clarified that she is definitely spotting -- which is normal.

"It's so weird because I feel really good. I'm usually at my happiest pregnant, mood-wise. I feel happier than I do not pregnant," she described. "That's why it's so hard for me to come to terms with [the situation]... It was at the point today where it was never stopping bleeding."

Since she opened up about her hospitalization, a lot of her followers left their "diagnosis" on her social media's comment sections.

But according to Teigen, her doctor told her that her placenta is really weak, causing her to bleed more than usual.

Amid the anxiety she has been feeling, she said she feels like the baby inside her is growing stronger than her children, Luna and Miles.

"He moves a lot. He moves so much earlier than they ever did... he's so different than they were. He's strong. I'm so excited for him because he's so wonderful, the strongest little dude," Teigen went on.

"But basically, he's the strongest coolest dude in the sh-ttiest house. His house is just falling apart. It didn't have a good foundation to begin with."

Now, according to Teigen, she and the baby need to survive through the "danger zone" in the next few weeks. However, while she is acting confident, the formerl model and now cookbook author admitted it has been a "scary" experience for her.

To lessen her stress, Teigen asked her social media followers not to diagnose and throw random messages at her. She also also assured that she has excellent doctors who know better in taking care of her.

In the end, she pleaded her fans to trust her since she only wants to keep things simple.

John Legend and  ChrissyTeigen revealed that they would soon have their third baby through the "Wild" music video. Since then, the Legend matriarch has been updating her fans about what's going on with her pregnancy.

Hopefully, Teigen will be able to avoid any complication in her pregnancy. It is the first time that she and Legend conceived made a baby the natural way, with their first two children being conceived through In vitro fertilization.

Luckily for Chrissy, aside from Legend and her family, she has a massive fan base rallying behind her and giving her their moral support.