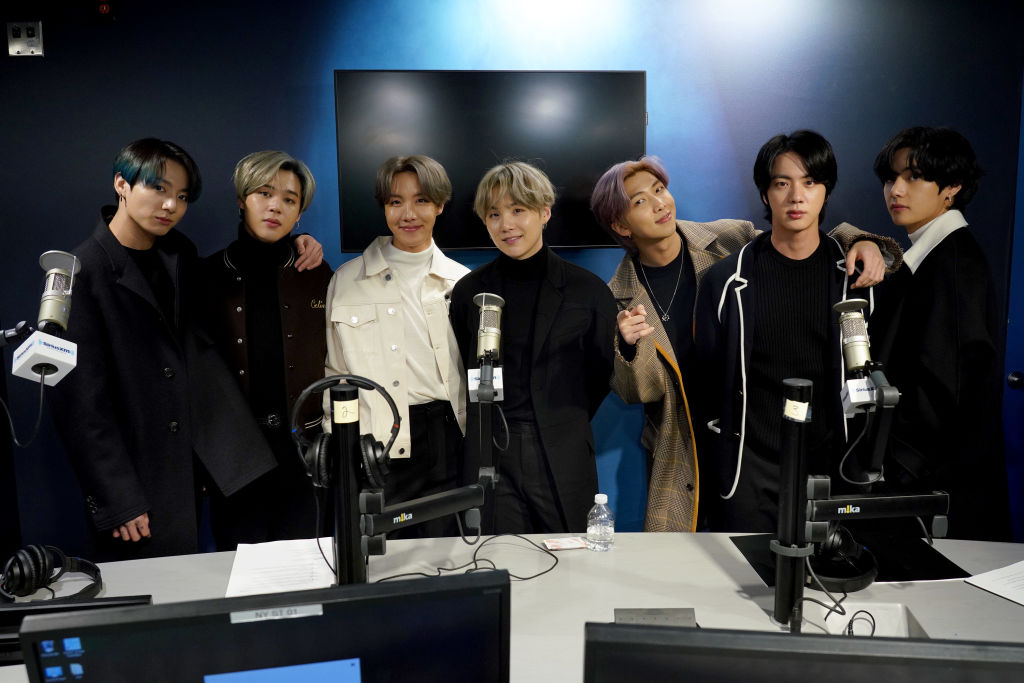 Bangtan Sonyeondan, or mor popularly known as BTS, has already shown their massive influence as they took over the international stage. But before that, they went through a lot of pain and troubles, which caused them to question their capabilities as a group.

In 2013, BTS began their journey as a seven-member K-pop boy group under Big Hit Entertainment. While they came from an entertainment agency with not enough spotlight compared to the K-pop's big three, they were able to make a name and earn global attention.

In fact, they also surpassed their seniors and the records they set before they debuted.

Recently, BTS grabbed a nomination on E! People's Choice Awards' for "The Group of 2020." They stand against other popular groups like Blackpink, 5 Seconds of Summer, Chloe x Halle, CNCO, Dan + Shay, Jonas Brothers, and Twenty One Pilots.

Out of the eight nominees, only BTS and Blackpink are from Korea, setting another record-breaking feat.

However, our 2020 People's Choice Awards prediction sees BTS as the winner in the end, and here are the touching reasons why:

The K-pop boy group may not be the oldest one on the list of nominees, but they had their fair share of pain and heartbreaks like others.

In the K-pop industry, every group and fans believe in the 7-Year Curse. This is the standard contract length everyone signed up for before debuting.

BTS, who started their journey in June 2013, finally got through that period. However, their journey was not as easy as people think.

For a group who did not hear the loudest claps during their debut performance, BTS strived and worked harder to be where they are right now.

Initially, their fandom, ARMY, did not feel like an army at all. The almost lack of attention and appreciation almost caused them to lose a member, but they stuck together -- and now they are enjoying international fame.

It is also worth noting that the amount of hate a K-pop group can receive from the public is more extreme than what an American group does. In the end, BTS turned that into love, and their music connected everyone.

BTS Music Is Not Just About Quality

There is a big difference between creating music to express and building a piece to make connections. BTS, for their part, did their job well on the latter.

The K-pop group does not sing for themselves, but they perform for everyone else. People can never witness another group who can make a miracle to someone.

If one plans to watch every concert special of BTS, it is noticeable how the group's crowd cry as they perform. It only means that the connection BTS established with them is so powerful -- so much that no one can ever take it away from them.

The 2020 People's Choice Awards prediction for Group of the Year should not only be about the group's music and recognitions. It should be about how the group made a difference.

BTS has been known for breaking the barrier between languages. Although their music is already enough to unite people, the group did not stop there.

In fact, they partnered with UNICEF for LOVE MYSELF -- a two-year anti-violence campaign that started in 2017.

"No matter who you are, where you are from, your skin color, your gender identity, just speak yourself. Find your name and find your voice by speaking yourself," Rap Monster, the group's leader, said.

These are just some of the reasons why BTS topped our 2020 People's Choice Awards predicition for "The Group of 2020," and their fans are surely standing tall and proud because of them.