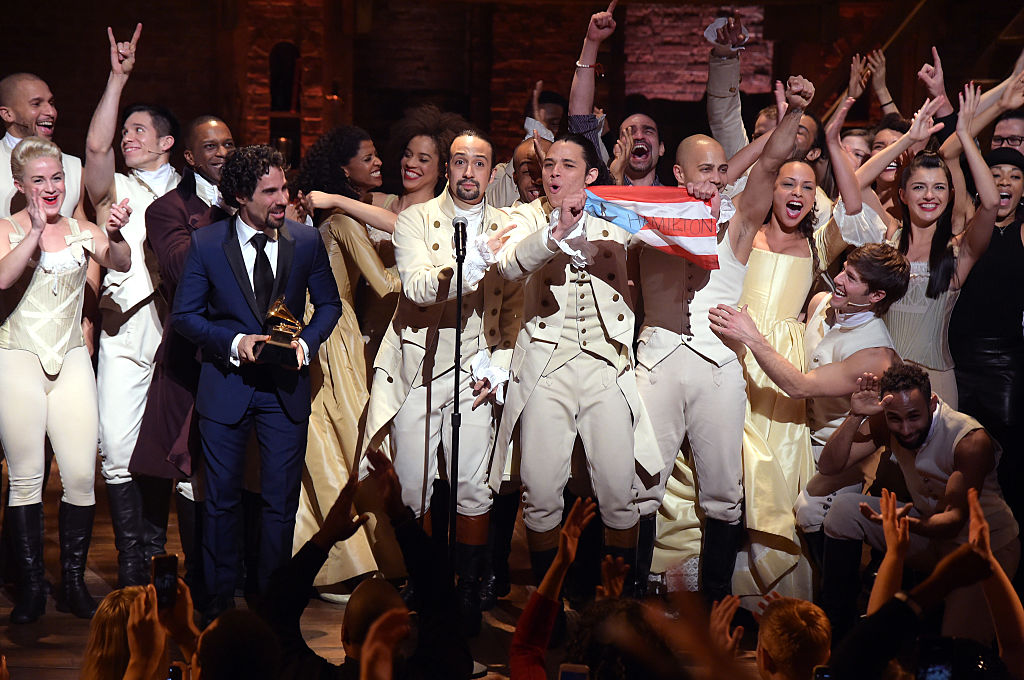 The complete list of nominees for the 2020 E! People's Choice Awards has finally been revealed, and there are already a few standouts among the contenders.

For instance, in "The Movie of 2020" category, "Hamilton" seems to be making a strong case for the recognition.

The prestigious annual awards show is set to broadcast live from Santa Monica, California on November 15. There are a total of 44 categories -- from the best movie of the year to the game-changer of 2020.

"Hamilton" successfully secured a slot for the "The Movie of 2020," and it will compete with other award-winning films such as "Bad Boys For Life," "Birds of Prey: And The Fantabulous Emancipation of One Harley Quinn," "Extraction," "Project Power," "The Invisible Man," "The Old Guard" and "Trolls World Tour."

However, in our first 2020 People's Choice Award prediction, we see "Hamilton" dominating the rest of the playing field.

It has been five years since Lin-Manuel Miranda's "Hamilton" made its debut on Broadway. Since then, it has continuously received critically acclaimed reviews and awards.

Seeing how the musical transitioned from Broadway to Disney-Plus proved how the show can easily adjust in any platform without affecting the quality of its storyline and plot.

Furthermore, the 2020 film is the only nominee to gain a high score of 98 percent on Rotten Tomatoes. It also garnered a 90 percent audience score from 1,591 users, showing that it captured people's hearts better than anything else.

"Hamilton" Brings Magic in the Most Impressive Way

Going out to watch a play on Broadway can truly be costly, but "Hamilton" brought their magic into people's homes through Disney-Plus.

While streaming it is certainly a donwgrade compared to watching it on cinemas, it did not cause the musical to spoil its original story. In fact, the cameras caught every special moment that made the Broadway musical so magical and transitioned it perfectly into the film.

The only difference is that the creators adjusted the film to get a PG-13 film rating, meaning the F-bombs were removed. Despite that, every element completed the whole movie experience even at home.

Obviously, "Hamilton" established a concrete connection with its audience virtually.

While its music during a live performance is definitely better, the music on the streaming platform still made its viewers get a new appreciation for it.

In addition, the whole team worked hard to record two live performances, which they combined into one in the end. This new material tactic allowed the movie to perfectly combine different elements while satisfying its goals for the musical.

The biggest bomb in "Hamilton" is the fact that the producers put together the award-winning "In the Heights" team. This gave way for people of color to play the lead roles.

Fans applauded Miranda for opening the doors for everyone, regardless of race.

"This is a story about America then, told by America now, and we want to eliminate any distance. Our story should look the way our country looks," Miranda told the New York Times. "Then we found the best people to embody these parts. I think it's a very powerful statement without having to be a statement."