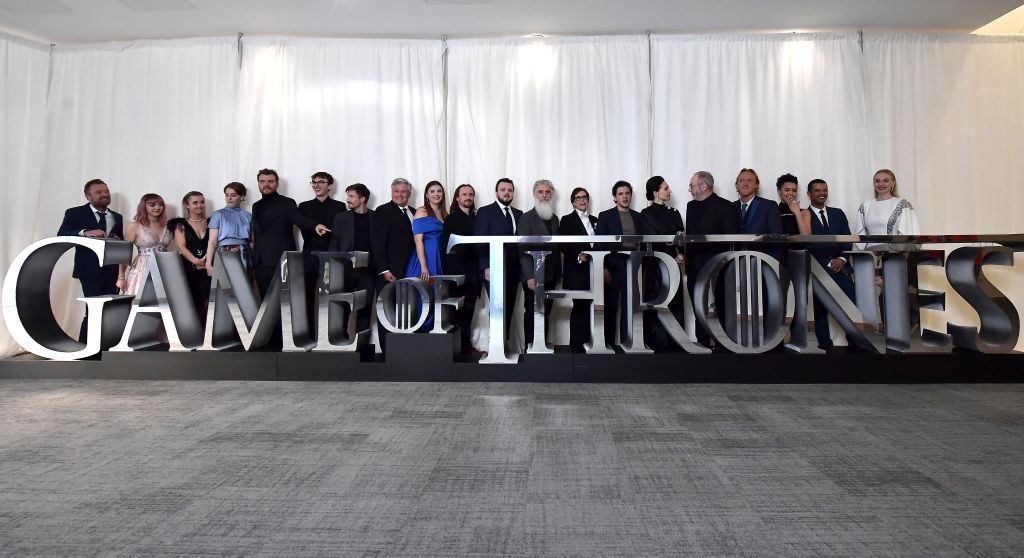 The creators of "Game of Thrones" finally break their silence regarding the infamous Starbucks coffee cup in the final season of the hit drama series.

The Episode 4 (Season 8) of HBO's hit fantasy drama series went viral after eagle-eyed fans spotted a mysterious white takeaway cup, which was accidentally left on the table near Daenerys Targaryen, played by Emilia Clarke, during a feast scene in Winterfell castle.

In the upcoming book "Fire Cannot Kill a Dragon" by James Hibberd -- which delves into the hidden and uncensored stories of "Game of Thrones" -- the show's creator David Benioff and Dan Weiss revealed their reaction upon learning about the series mishap.

According to excerpts obtained by The Hollywood Reporter, Benioff confessed that he "couldn't believe it" and thought that someone was playing jokes on them.

"When we got the email about it the next day, I honestly thought someone was pranking us, because there had been things before where people were like, 'Oh, look at that plane in the background!' and somebody had Photoshopped it in. I thought, 'There's no way there's a coffee cup in there.' Then when I saw it on the TV, I was like, 'How did I not see that?'" Benioff shared.

His co-creator also shared the same stance and mentioned that at the time, they were all puzzled about how the coffee cup landed on the set and no one even noticed it.

"I'd seen that shot one thousand times, and we're always looking at their faces or how the shot sat with the shots on either side of it," Weiss said. "I felt like we were the participants in a psychology experiment, like where you don't see the gorillas running around in the background because you're counting the basketballs."

Although the scene caused a stir on social media, Weiss pointed out that it is not the first time that a historical or fantasy series or film featured a contemporary object. He then referred to the 1960 film "Spartacus" where the slave entertainer, Antoninus, portrayed by Tony Curtis, was wearing a Rolex in one of the fight scenes.

For what it's worth, the epic scene from "Game of Thrones" is considered one of the biggest movie blunders that launched a thousand memes on the internet.

In her interview with the "Tonight With Jimmy Fallon" in October 2019, the British actress spilled the tea and mentioned that the empty cup belonged to Conleth Hill, who played Lord Varys.

Prior to this revelation from Clarke, though, Sophie Turner (who played the role of Sansa Stark in the series) pointed out that Clarke was the culprit behind the mysterious cup.