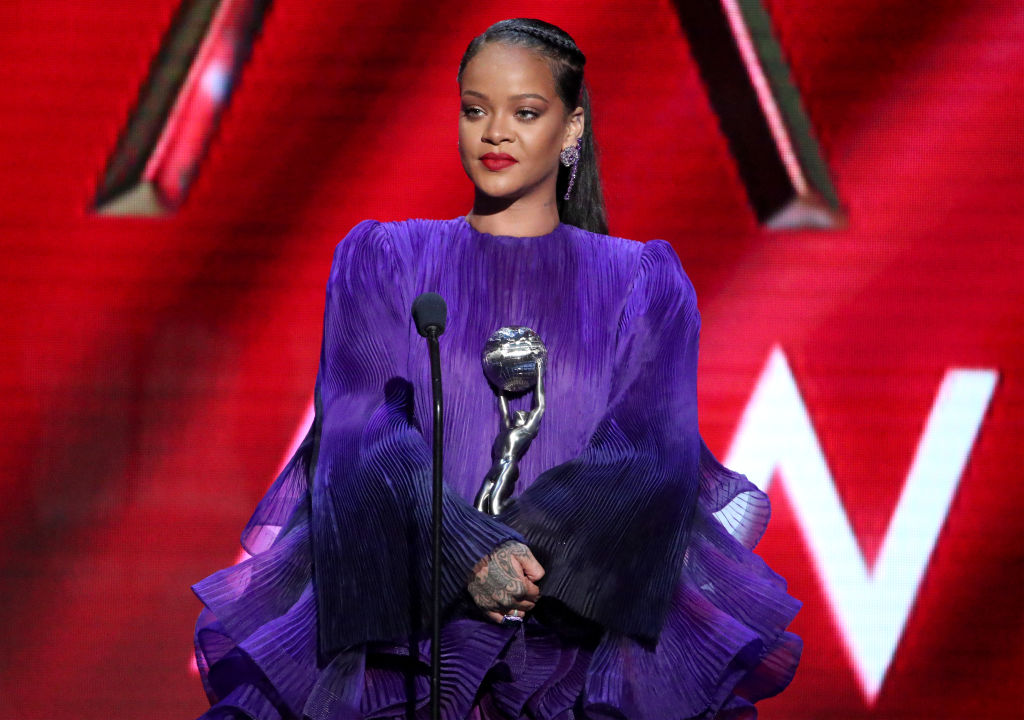 Unfortunately, the said track contains vocal samples from Islamic Hadith, which is sacred to the Muslim Community.

Hadith refers to a record of the words, actions, and the silent approval of the prophet and founder of Islam, Muhammad.

With this, the Fenty Beauty founder released a statement on her Instagram Story as she took full responsibility on the issue.

She began her post by thanking the Muslin Community for calling her attention over the incident that she described as "unintentionally offensive."

"I would more importantly like to apologize to you for this honest, yet careless mistake. We understand that we have hurt many of our Muslim brothers and sisters, and i'm incredibly disheartened by this! I do not play with any kind of disrespect toward God or any religion and therefore the use of the song in our project was completely irresponsible!" she wrote.

Rihanna concluded her statement by assuring the public that it will never happen again. She also thanked them for their "forgiveness and understanding."

"Doom" Will Be Removed From All Platforms

Meanwhile, the "Doom" artist Coucou Chloe also penned an apology on Twitter and explained that the song was created "using samples from Baile Funk tracks." She noted that she is unaware that it originated from the "Islamic Hadith."

The artist also said she is "taking full responsibility," admitting that she did not research the words properly leading to the controversy. Chloe then noted that her team is in the process of "having the song urgently removed from all streaming platforms."

Chloe also thanked all the people who pointed out the mistake to her as she looks to work and improve her craft even more.

Rihanna's apology came after she faced a wave of backlash on social media, with fans condemning the music icon for cultural appropriation.

"PLEASE OPEN THIS THREAD AND EDUCATE YOURSELVES AND SPREAD THIS INFORMATION TO OTHERS!!! IN RIHANNA'S SAVAGE X FENTY LINGERIE SHOW THEY USED A SONG THAT CONTAINED ISLAMIC HADITH AND OFFENDED MANY PEOPLE!! THEY SPED UP THE HADITH AND PUT MUSIC OVER IT," one user wrote

On the other hand, some fans stood by the "Take a Bow" hitmaker and defended her against the criticisms.

An individual pointed out that Rihanna is not the person behind the song and doesn't deserve all the hate.

"If the producers of the Savage x Fenty show knew the song sampled a Hadith, they would not have used it - as you can see from the comments made by Rihanna and the Savage x Fenty account. It was a mistake, but it was not deliberate. Rihanna also did not compose the song."

Meanwhile, others also praised the award-winning singer for owning up to her mistake and taking full responsibility regarding the issue.

"Y'all see how easy accountability is????? She owned up to fucking up...made no excuses and fixed the harmful behavior. Simple," a fan wrote alongside a photo from Rihanna's IG Story.

It remains to be seen what leaders from the Muslim community will say about the controversy with Rihanna, but it is certainly a good thing the singer and actress quickly acted to clarify the issue before it got out of control.