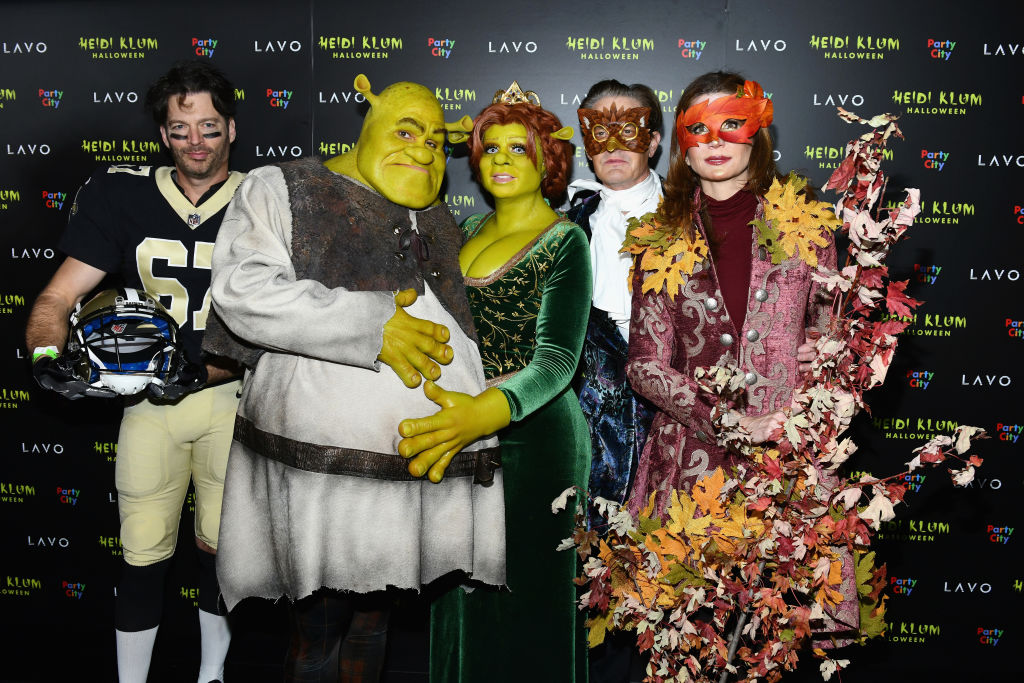 It's almost the spooky time of the year again, and in Hollywood term, it means parties and dressing up to the nines.

Some celebrities played it safe while others went wild and ditched the traditional scary witch or creepy ghost bride costume.

Sadly, with the current situation due to the global pandemic, massive gatherings such as Halloween parties were halted in observance of COVID-19 protocol.

Interestingly, others have their way of participating in the celebration without breaking any rules.

Earlier this month, Vanessa Hudgens kicked off the Halloween season by donniong the iconic skin-tight Catwoman latex suit, complete with a whip and cat ears, in an at-home photoshoot with friend GG Magree.

"Happy October 1 my ghoulish friends," she wrote on Instagram.

Since we're only less than three weeks away from November 1, here's the rundown of the top five celebrity Halloween costumes of all time.

With her quirky and jaw-dropping costumes, Heidi Klum has been dubbed as the unofficial queen of Halloween.

It appears that she takes this time seriously, as the German supermodel has been hosting annual costume parties since 2000.

However, her most iconic Halloween look would probably be her Jessica Rabbit costume in 2015.

Klum had to wear fake prosthetics to achieve the fictional character's curvy body.

Moreover, she shared that she got inspired to dress up as Jessica Rabbit during one of her editorial shoots.

The Rock as Incredible Hulk

Another memorable celebrity Halloween costume is when Dwayne "The Rock" Johnson stunned his followers as he portrayed the Incredible Hulk in 2012.

The former professional wrestler and football player appeared to be the perfect fit to be the Marvel superhero, as he wore a green paint, wig and tattered shorts.

"Don't make angry. You wouldn't like me when I'm angry" ~ The People's Hulk #HappyHalloween" he tweeted.

Being the top supermodel of her generation, Gigi Hadid obviously can rock any outfit she chooses.

However, the Vogue cover girl confused millions of her followers when she appeared as Sandy Olsson from the movie "Grease" at Heidi Klum's Halloween bash in 2015.

The runway royalty looked exactly like the character played by Olivia Newton-John, wearing the iconic off the shoulder top, leather pants paired with a leather jacket, and red sky high heels.

Orlando Bloom and Katy Perry as The Clintons

Before having their daughter, Daisy Dove Bloom, Katy Perry and Orlando Bloom dressed up as Bill and Hilary Clinton.

Both vocal supporters of the former president and former U.S. secretary of state, the "Last Friday Night" hitmaker went all out as she transformed as the ex Democratic presidential candidate, wearing a red-orange power suit, prosthetics, and blonde hair.

The "Pirates of the Caribbean" star, on the other hand, looked unrecognizable with his suit and gray hair.