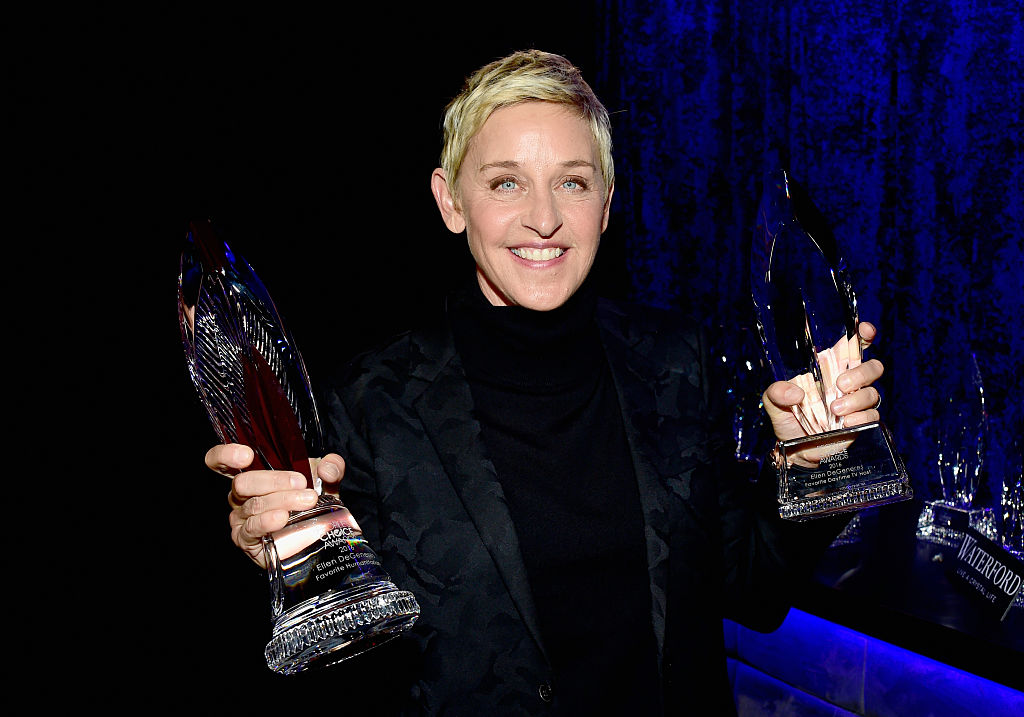 For nearly two decades, Ellen DeGeneres has been one of TV's biggest figures.

However, with the recent scandal and controversies surrounding her and "The Ellen DeGeneres Show," her reign might be coming to an end.

Perhaps the said kindness she wore as a medallion have become the millstone around her neck. Literally.

It was previously reported that DeGeneres has suffered a neck injury.

According to the National Enquirer, the talk show host would quit her Emmy award-winning show for her ailing neck.

The 62-year-old revealed how her neck was hurting but was unaware of what could have caused it.

A source told the publication at that time, "Ellen's already filming only four days a week, and she has been telling people she can't handle the grind anymore."

Though she had that "mysterious" neck injury about a year ago, Gossip Cop believes that there is no truth to the story.

Gossip Cop believes that if the star had plans to leave her show, she would've done it before publicly apologizing on national TV.

The said injury seemed to have been cured, as she's not talking about it at all.

After all, "The Ellen DeGeneres Show" is still up and running amid everything that happened last summer.

However, what's true is that she did have a neck injury but didn't think that it would end her career.

In one of her episodes in 2019, DeGeneres thought it was best just to ignore it, thinking it would go away, similar to the usual "toothache," and joked, "or global warming."

Her adoring audience asked her what could've been the reason for her pain, and then she revealed, "I have no idea."

But the LGBTQ+ icon visited a chiropractor to relieve her pain.

According to the expert, DeGeneres' feet "don't point in the right direction," adding that one of her legs is longer than the other.

She was also told that her shoulders are "humped," and her hips are not even, to which the comedienne revealed, "Basically, he said nothing about me being straight."

The National Enquirer's bogus report was just one of the many false reports tabloids wrote about Ellen DeGeneres.

Last month, the same outlet claimed that DeGeneres was in a "deepening career crisis" as most of her A-list guests chose to go to her rival, Kelly Clarkson.

They said that since DeGeneres' show had been considered a "toxic" place, all of her celebrity guests are rushing to appear on her "biggest small-screen rival," "The Kelly Clarkson Show."

According to an insider who spoke to the Enquirer, "Ellen's show is now toxic. You are going to see more and more stars avoid her and opt for a non-controversial booking instead."

The insider further claimed that when big named celebrities would want to promote their work, they would often go to DeGeneres, but now, they choose to go to Clarkson instead.

Gossip Cop believes that this tale is bogus.

Though DeGeneres has immensely suffered, especially her ratings, it doesn't seem like the scandal has kept A-list stars from guesting on her show.