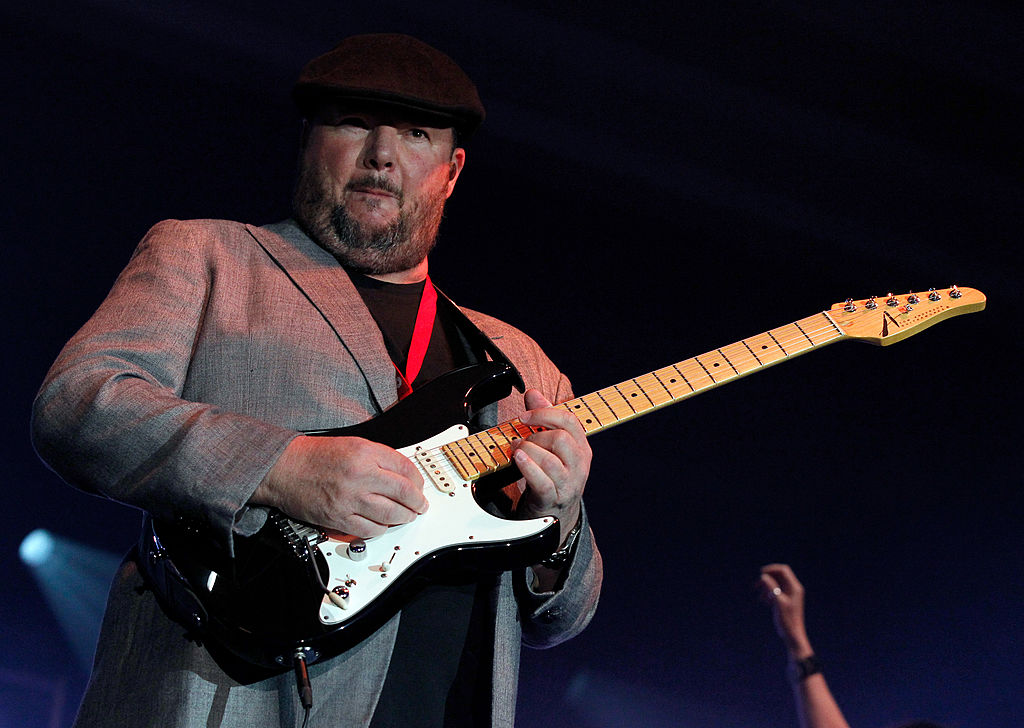 Five-time Grammy Award winner Christopher Cross has opened up about his shocking experience with COVID-19.

Famous for his hit songs such as "Ride Like the Wind" and "Sailing," the 69-year-old singer-songwriter shared his struggles on what he calls the "the darkest days" of his life.

In his first television interview since battling the deadly virus, he told host Serena Altschul on CBS's "Sunday Morning" that he was desperate to get all the help he could get.

"There was some, you know, come-to-Jesus moments or whatever where I was looking for any help I could get, you know, through this, to get out of this thing. Because I wasn't sure," Cross shared.

He later revealed that he and his girlfriend tested positive for COVID-19 after their trip to Mexico City.

In addition, after being sick for almost three weeks, the award-winning singer recalled that he felt better and decided to do some errands.

Unfortunately, when he got home from the supermarket, his legs felt numb and gave out.

Cross then shared that he was diagnosed with Guillain-Barre Syndrome, a rare disorder in which the body's immune system attacks the nerves.

Furthermore, his doctors believed his coronavirus diagnosis had triggered his Guillain-Barre Syndrome.

According to Mayo Clinic, the neurological disorder's symptoms include "prickling, pins and needles sensations in fingers, toes, ankles or wrists."

The person diagnosed with this syndrome may experience difficulty in walking and even facial movements, such as speaking and chewing.

Moreover, the "Never Be the Same" singer also recalled the grueling experience he faced as he struggled with the disorder.

He mentioned that he "could barely move," and his speech, memory and walking have been affected.

Cross then described it as the "worst 10 days" of his life.

"Memory is a big deal, too. Just neurologically, I'm kind of a little foggy. You know? Now I'm on medication ... a nerve pain medication, which also can cause some fogginess. But until I can get off it at some point, I won't know how clear I would be. But most people with Guillain-Barre heal about 90% to 100% over about a year. That's what my prognosis is."

Now, he is speaking out to raise awareness and warn the public regarding the effects of COVID-19.

"I'm not a big celebrity, but it's important for people to know you can get this disease," Cross mentioned. "And so, I felt it was sort of my obligation to share with people. 'Look, this is a big deal. Like, you've got to wear your mask. You've got to take care of each other. Because, you know, this could happen to you.'"

Currently, coronavirus cases in the U.S are over 8 million. A total of 5 million people have recovered, but the nation still has the most number of cases around the world.

California, Texas, Florida, New York, and Illinois are the top five states with the highest numbers of COVID-19 cases.