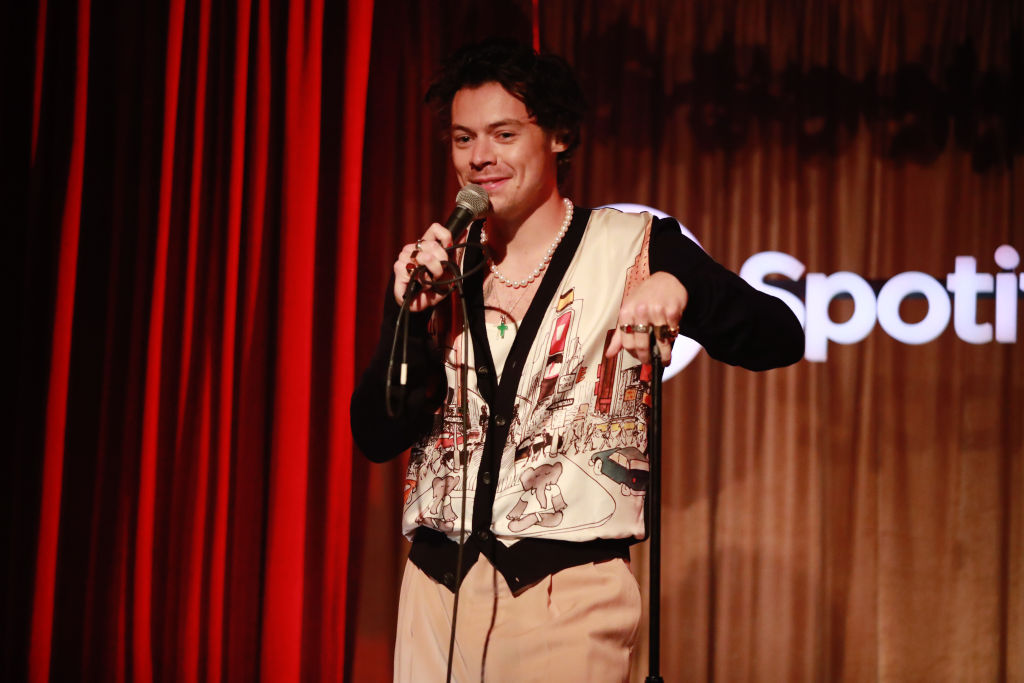 Harry Styles "Golden" video racked up half a million views in less than five minutes of its release, making us wonder if it is because he's shirtless in the video.

Of course Harry Styles naked is bound to get us to look, but there are many more details on the video that make it the artist's best yet.

We Dig Harry Styles' Naked Look, But We Love That He Wore THOSE PANTS

Fans were truly in for a treat when the music video for "Golden" dropped on Monday from his album "Fine Lines." The video is stunning to say the least, since it featured the beautiful Amalfi Coast. For someone who's starting to have cabin fever in the middle of this pandemic, seeing the video's backdrop was savory indeed.

Harry Styles himself is just beautful. Apart from being shirtless, his numerous tattoos can also be seen lining up his arms, chest, and stomach! There's no denying he is fit, with his hunky torso just one evidence.

He's also sporting pants in flare style that we thought men already abandoned for years, but he carried it well. It has floral prints and now, we now officially think men should go back to wearing printed flared trousers.

When the scenes shifted to him already clothed, he continued to look dapper in an oversized white shirt--a testament of how fab his body looks today. Beige shorts and gold racer stripes with pink detailing across the front certainly completed the look. We all love guys who have no qualms about wearing anything pink.

According to Daily Mail, Harry Styles was styled by Harry Lambert, which has no doubt outdone himself on this project. We noticed him sporting a yellow manicure too, and we gave so many plus points for that.

We did not plan on harping about fashion on this article, but there you go. He looked good in that teal blazer, man. In fact, we know a few women who wanted to cop his look with this blazer in a pretty shade. He looked very 80s, and yet, there's nothing old about his look!

It's not surprising the suit suits him though--Gucci knows best.

We checked some Twitter reactions and confirmed it's not just us. When he jumped into the water, we are all done for.

We now know why music is entitled "Golden." Harry Styles shimmers here, and we wanted to bask in the heat he is emitting.

Earlier on, he shared what inspired him to sing "Golden" and why the music video is shot the way it was. We get it now

Styles said the song "was like the perfect PCH [Pacific Coast Highway] song." He added, "It feels so Malibu to me."

Styles went on to call the lyrics and the music video a "source of joy," sharing, "I'd like to think [the video] will maybe cheer a couple of people up. Cheered me up."

We were cheered up for sure.