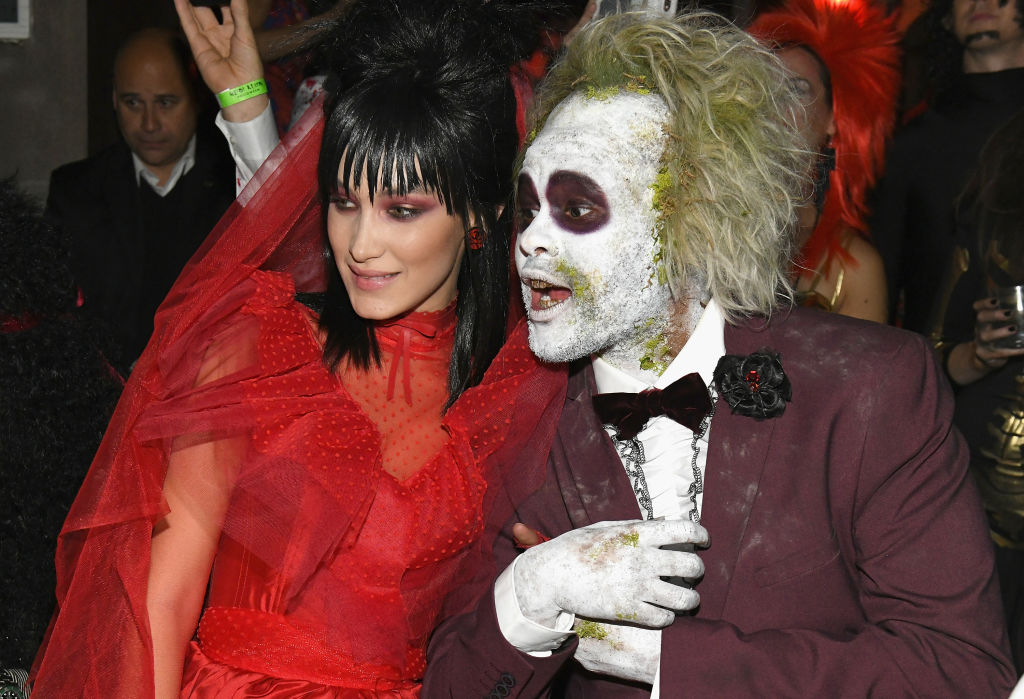 Not even global pandemic or social distancing couldn't stop some of the brightest Hollywood stars from celebrating this year's Halloween season.

Despite the COVID-19 protocols, celebrities flocked to social media and heated Instagram with their creative and wild transformations--from hilarious movie character to sultry monster bride.

With that being said, here are the top five celebrity Halloween costumes of 2020

"NAS MARAJ," the 21-year-old Georgia-born crooner captioned his post as he topped off the whole look sporting fake boobs and butt to showcase Minaj's famous curves.

Unfortunately, the two-time Grammy Award winner received a ton of backlash, including from ionic rapper 50 Cent who tweeted, ""What the f--k, Nikki come get him !!!"

In a now-deleted response, Lil Nas responded, "Why u in barb business."

The list for best celebrity Halloween 2020 would not be complete without a member from the "Keeping Up With The Kardashians."

Kendall Jenner made the headlines after stunning her 141 million Instagram followers with her take on Pamela Anderson's 1996 superhero film "Barb Wire."

Moreover, the Kardashian resident supermodel even sported a barbed wire tattoo over her bicep as she held a flag that says "vote" to encourage her fans to participate in the upcoming elections.

Another Kardashian making it into the top celebrity Halloween 2020 costumes is none other than Kim K herself with her take as the Internet's latest obsession, Carole Baskin.

The Weeknd as Nutty Professor

The Canadian crooner has once again nailed the spooky season as he impressed the crowd with his uncanny "Nutty Professor" outfit.

Last but definitely not the least is Halsey, who looked totally unrecognizable as a Tim Burton character.

The "Nightmare" songstress dressed as the "Corpse Bride" with her blue skin, oddly shaped eyebrows, and big eyes, as she capped off her look with the iconic flower crown and white veil.