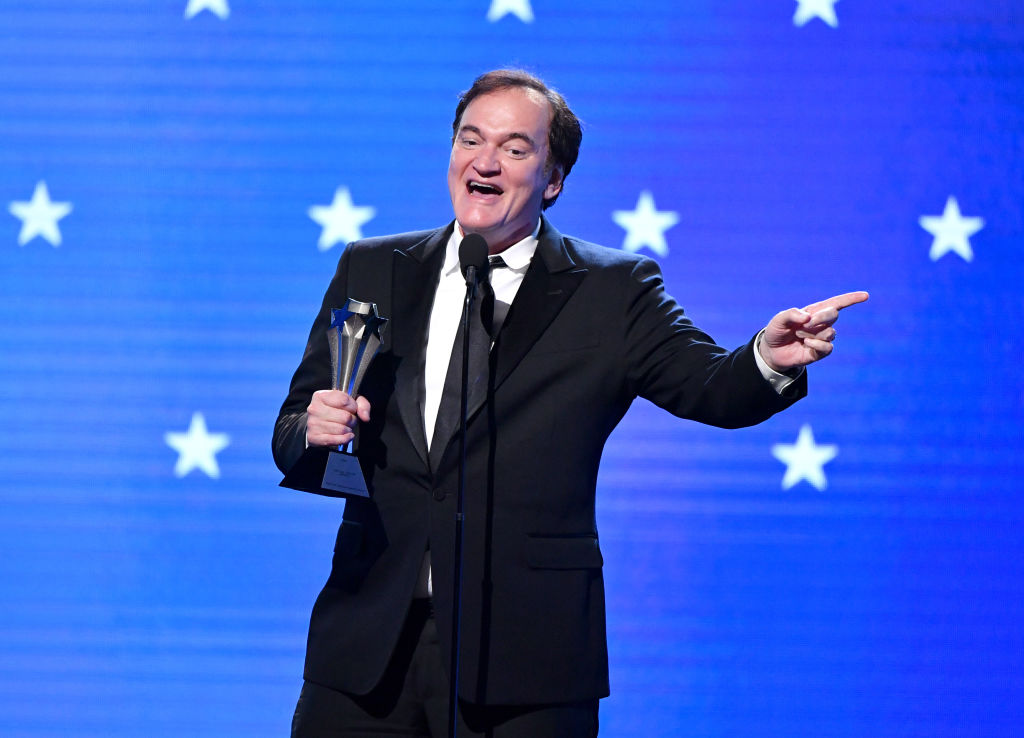 Quentin Tarantino's movies are truly wonderful, elevating him as undoubtedly one of the best directors of this time.

Out of all flicks in Hollywood, his movies stand out as the filmmaker applies his signature style to each piece he creates.

In 1992, Tarantino began gracing the film industry as an independent filmmaker. Throughout those 28 years, the 57-year-old Tennessee native focused on a rather dark style, including crime, action, neo-noir, and black comedy.

With his long list of creations, he received several acknowledgments from critics and award-giving bodies.

As of writing, he has been awarded by the Academy Awards, BAFTA, Golden Globe Awards, Palme d'Or, Emmy and Grammys.

In addition, he secured his own star on the Hollywood Walk of Fame, earning him the nickname the "most influential director" of his generation.

Out of the movies he created, the following are the must-sees this year.

Tarantino's most recent and ninth film created multiple records for the filmmaker.

The 2019 film invited the best and award-winning stars to join the cast. Leonardo DiCaprio, Brad Pitt, and Margot Robbie served as the stars of the film.

"Once Upon a Time... in Hollywood" literally brought the whole Hollywood on the big screens through the cast. The story recalls what happened to actor Rick Dalton in 1969 after realizing that his career is already fading.

Fortunately, he has his best pal and stunt double Cliff Booth, and the two begin their journey in finding new jobs in the industry.

Both Dalton and Booth then bump into filmmaker Roman Polanski and Sharon Tate. From there, the story focused on the controversial Manson "family."

The best thing about the film is that Tarantino successfully hyped the fans even after he used vintage Hollywood. That's truly his magic, after all!

Tarantino marked his debut with a crime film, and it immediately won people's attention.

"Reservoir Dogs" relives the meaning of Madonna's hit song "Like a Virgin." The eight men, led by Joe Cabot and Eddie Cabot, are in pursuit of doing a diamond heist.

Although it is a dark film, the names of the other six criminals left fans laughing, as the filmmaker named them after colors: Mr. Pink, Mr. Blue, Mr. Brown, Mr. Blonde, Mr. White, and Mr. Orange.

Despite receiving mixed reactions from critics, the lead stars left a unique mark on viewers with their slow-motion scene.

It is definitely worth watching since the attendees of the Sundance Film Festival in 1992 found it amusing, too. During that time, "Reservoir Dogs" became the event's most-talked-about film, bringing victory to Tarantino's records.

Definitely the best among all Quentin Tarantino movies, the 1994 piece showed the filmmaker's signature neo-noir black comedy crime style on the table.

"Pulp Fiction" offers a smooth-sailing storyline, as Tarantino gave its viewers a complete background of the story. In the first few minutes, the lead characters Tim Roth and Amanda Plummer spare four minutes in planning.

This piece is actually different from other films, as it offers a narrative structure with seven sequences and three storylines. Despite having such cuts, the film can satisfy the viewers' cravings.

Because of this, it won the Palme d'Or Award during the 1994 Cannes Film Festival and continued to garner more awards afterward.