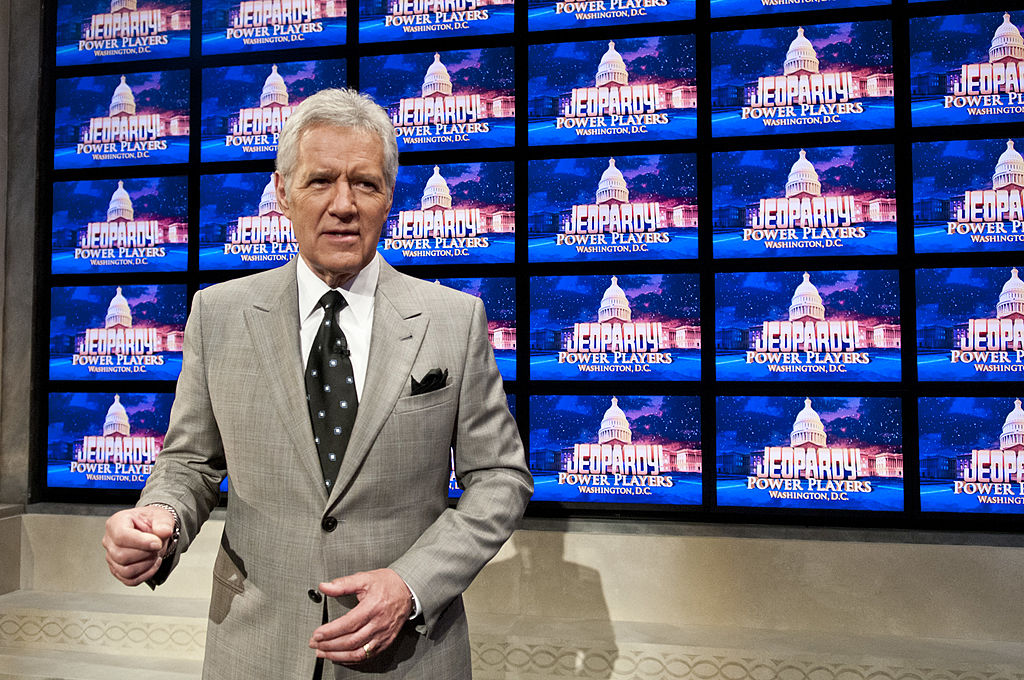 Alex Trebek, the famed host of the longtime game show "Jeopardy!" passed away at the age of 80.

Although the cause of his death was not declared, the American-Canadian TV personality was diagnosed with Stage 4 pancreatic cancer in March 2019.

A statement posted by the show's official Twitter account mentioned that the host died in his home, surrounded by friends and family.

"Jeopardy! is saddened to share that Alex Trebek passed away peacefully at home early this morning, surrounded by family and friends. Thank you, Alex," the tweet read.

Jeopardy! is saddened to share that Alex Trebek passed away peacefully at home early this morning, surrounded by family and friends. Thank you, Alex. pic.twitter.com/Yk2a90CHIM — Jeopardy! (@Jeopardy) November 8, 2020

The Sudbury-born Trebek began his hosting career with Canadian Broadcasting Corporation in 1961 and later moved to the U.S. in 1973, where he landed the NBC's game show "The Wizard of Odds."

Aside from that, he also appeared in a short-lived CBS game show "Double Dare," followed by "The $128,000 Question," and "The New High Rollers" before his big break in "Jeopardy!"

With his success in the entertainment industry, he received a lifetime achievement award in 2011 from the National Academy of Television Arts & Sciences.

Celebrities and Fans Mourns the Passing of Alex Trebek

Following his death, celebrities and political figures paid their tributes to the American-Canadian host's contribution to the industry.

Award-winning singer and "The Voice" judge John Legend recalled how "obsessed" he was with the game show during his younger years.

"I was obsessed with Jeopardy as a nerdy kid growing up in Ohio. I've loved and revered Alex Trebek since I can remember. What an iconic career. RIP Alex Trebek," he wrote.

In addition, Canadian Prime Minister Justin Trudeau took to Twitter to pen his condolences to the family of the iconic host.

"We have lost an icon. Almost every night for more than three decades, Alex Trebek entertained and educated millions around the world, instilling in so many of us a love for trivia. My deepest condolences to his family, friends, and all who are mourning this tremendous loss," he tweeted, alongside a photo with the renowned host.

Meanwhile, Fox 6 news anchor Ted Perry had a heartfelt tribute to the award-winning TV personality and even praised the host for how he "handled" his condition with such grace.

"Purple is the color of pancreatic cancer awareness, so I'm wearing as much as I can to honor Alex Trebek. He made us a little bit smarter each night, and he handled his diagnosis with remarkable grace. 2020 gets even sadder. #RIPAlexTrebek."

In his previous interview with People in 2018, the renowned game show host admitted that he was "pretty satisfied" with his life. However, he also mentioned that he wants to be remembered as a good husband and father.

"My life has been a quest for knowledge and understanding, and I'm nowhere near having achieved that. And it doesn't bother me in the least. I will die without having come up with the answer to many things in life," he said in the final chapter of his book.

Alex Trebek was survived by his wife Jean, whom he married in 1990, and three children--Matthew, 29, Emily, 27, and Nicky, 53, from his previous marriage.