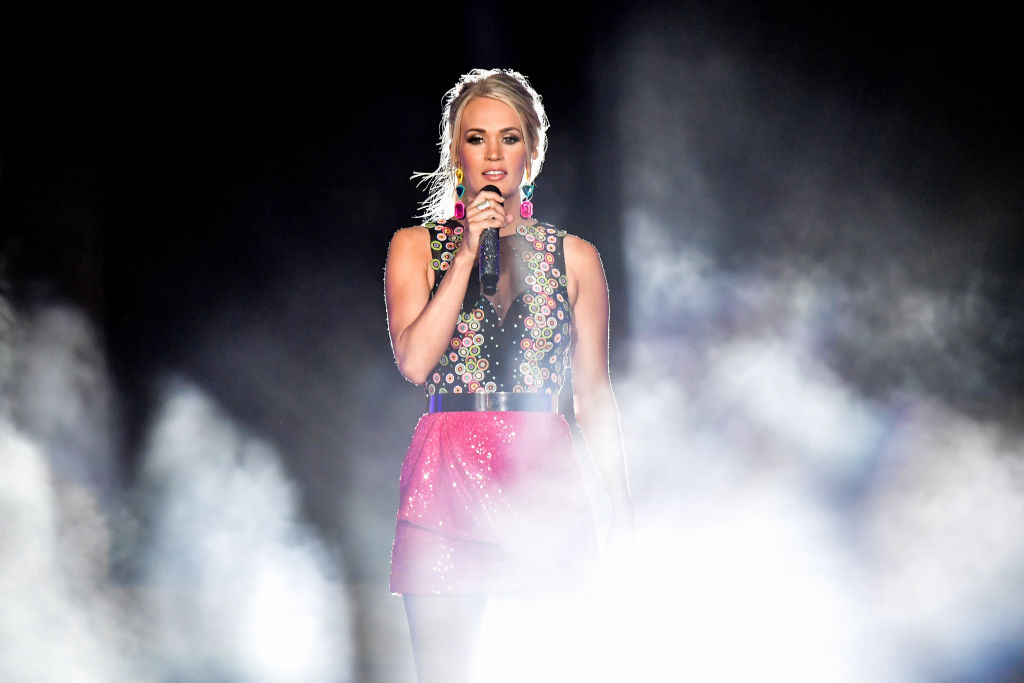 The coronavirus pandemic is certainly turning plans upside down, but you cannot really blame everything this year on the health crisis. The CMA Awards 2020 is actually in danger and it's not really because of COVID-19.

The state of the upcoming CMA awards is quite shady. Are the country musicians even okay? Is the industry alright? There appears to be some big issues that need addressing first before the CMA Awards 2020 pushes through.

Almost two weeks ago, one of the country's flagship ceremonies announced it would be holding an in-person event at Nashville's Music City Center. This is well and good, quite exciting really given months of no such events.

"You won't want to miss it!" promised Sarah Trahern, CEO of the Country Music Association, in a statement published by Billboard.

However, several have announced they can no longer attend the event. Lee Brice and Florida Georgia Line's Tyler Hubbard are dropping out of the festivities because they tested positive of the dreaded COVID-19 virus.

Their presence would certainly be missed if the event pushes through without them. Brice was going to perform "I Hope You're Happy Now," a duet with Carly Pearce.

There seems to be a quick-fix solution in place for now though. He'll be replaced on that song by Charles Kelley, who is going to be quite exhausted since he is already performing separately as a member of Lady A.

On the other hand, Hubbard announced his COVID-19 result on Instagram, revealing he's quarantining away from his family in his tour bus to be on the safe side.

As a result, the band will no longer be performing their song "Long Live" at the highly-anticipated event.

CMA is quite positive about the turn of events though. Speaking to Rolling Stone on Brice and Hubbard's positive tests, the CMA stated, "It does reassure us that our protocols are working. Our process enabled us to manage each situation immediately and before either artist ever entered our set. Most importantly, it prevented anyone else from being exposed."

People will continue to be tested ahead of the CMA awards 2020, apart from meeting the other protective measures of social distancing and wearing personal protective equipment.

Apart from this COVID-19 issue, the country music industry is facing a backlash over what CMA did.

CMA made a controversial statement encouraging artists to behave apolitically during the election. "It's been a year, y'all. But for three hours next Wednesday on ABC, this is a no-drama zone," the group tweeted on November 4 before the presidential race had been called for Biden.

"More than 20 one-of-a-kind performances will help you forget the weight of the world for just a little while," CMA further stated.

Naturally, this made all the country artists look apolitical and uncaring. Good thing some refused to be aligned with that kind of thinking.

Country journalists and industry figures criticized the statement. One of them is singer-songwriter Margo Price, who tweeted: "Once again, the CMA's are censoring/white washing their show but who's surprised? anyone still participating is a socially unconscious pawn. artists pander woke authenticity when it benefits them and then sit in silence as they collect their plastic trophies."

The CMA apologized, claiming it was just hyping the fans that the upcoming show would be epic.

On top of it all, Garth Brooks announced earlier this year that he won't compete in the Entertainer of the Year category at the upcoming awards. This is a big deal since his dominance has always been controversial. What truly made him back out?

With him out, Eric Church, Luke Combs, Miranda Lambert, Carrie Underwood, and Keith Urban will be the ones vying for the top prize.

With so much going on, it's a wonder if the CMA Awards 2020 will even push through.