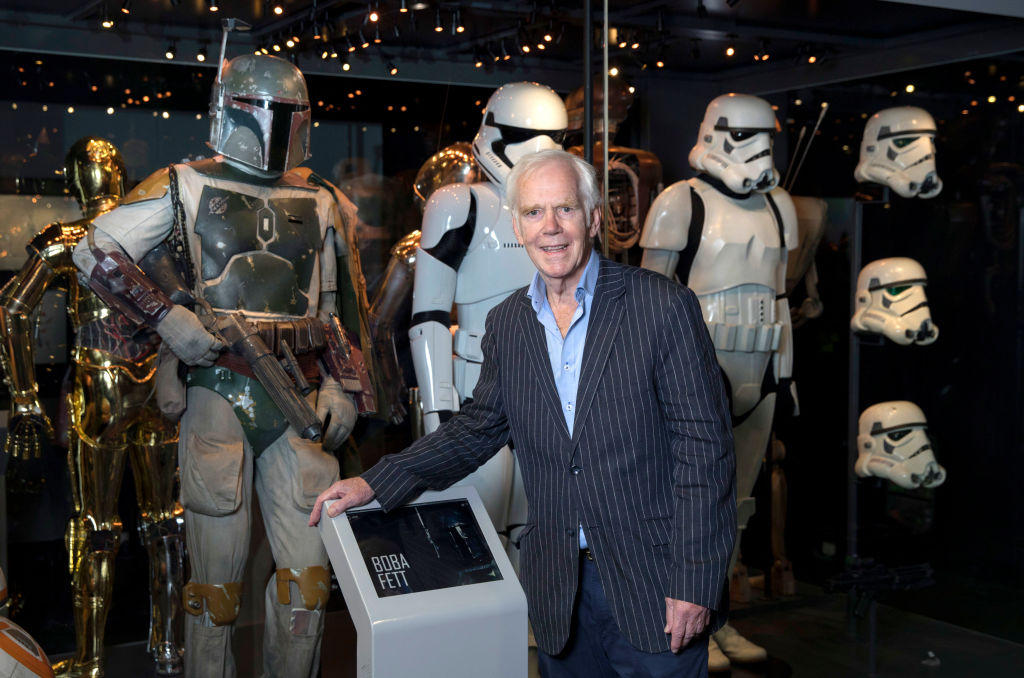 "Star Wars" actor Jeremy Bulloch has passed away at the age of 75.

The devastating news was confirmed by his longtime agent Kelly Andrews, stating that he died due to complication from his long battle with Parkinson's disease.

"He died peacefully, in hospital, surrounded by his family, from health complications following his many years living with Parkinson's disease," the statement reads, as obtained by CNN.

Moreover, his agent shared that he is a "devoted" husband, a father, and a grandfather to his 10 grandchildren.

"He had a long and happy career spanning more than 45 years. He was devoted to his wife, three sons, and ten grandchildren and they will miss him terribly. We ask that their privacy be respected at this very difficult time."

The British actor, who has been in the entertainment industry for nearly five decades, is widely recognized for his role as the Mandalorian bounty hunter, Boba Fett, in George Lucas' "Star Wars" movies--including "Star Wars: Episode V - The Empire Strikes Back" and its sequel "Star Wars: Episode VI - Return of the Jedi."

Following Jeremy Bulloch's death, his co-stars from the legendary movie honored his contribution to the film industry.

New Zealand-born actor Daniel Logan, who reprised his role as Boba Fett in the 2002 movie "Star Wars: Episode II -- Attack of the Clones," posted a heartfelt tweet as he paid tribute to the iconic actor.

"I am sad to hear of the passing of Jeremy Bulloch, a Star Wars family member. I will never forget all you taught me and all the good times we had together. You will be forever remembered. Cons won't be the same without you. The Force will be with you always. RIP my Mando brother!" he wrote alongside a candid photo of the two.

The same goes with Mark Hamill, who is famous for his portrayal of Luke Skywalker in the "Star Wars" film series.

The BAFTA actor described Bulloch as a pleasant and "quintessential English gentleman" who is easy to work with.

"Jeremy Bulloch was the quintessential English gentleman. A fine actor, delightful company & so kind to everyone lucky enough to meet or work with him. I will deeply miss him & am so grateful to have known him. #RIP_DearJeremy," he posted with a side-by-side photo of the British actor and his Boba Fett character.

On the other hand, the movie franchise also posted a moving message as they honor the late actor.

"Jeremy Bulloch, whose unforgettable performance as notorious bounty hunter Boba Fett has captivated audiences since he first appeared in 1980's Star Wars: The Empire Strikes Back, has sadly passed away."

Aside from his "Star Wars" character, he also appeared in the 1960s BBC soap opera "The Newcomers," as well as the 1993 pre-World War film "Swing Kids."

Prior to Jeremy Bulloch's death, one of his last projects was the documentary "Under the Radar: The Mike Edmonds Story."

Just recently, 85-year-old David Prowse passed away due to a short illness and his long battle with prostate cancer.  He played the role of Darth Vader in the original "Star Wars" trilogy.

READ MORE: How Did Gordon Ramsay Become Friends With Gigi Hadid? The TRUTH!