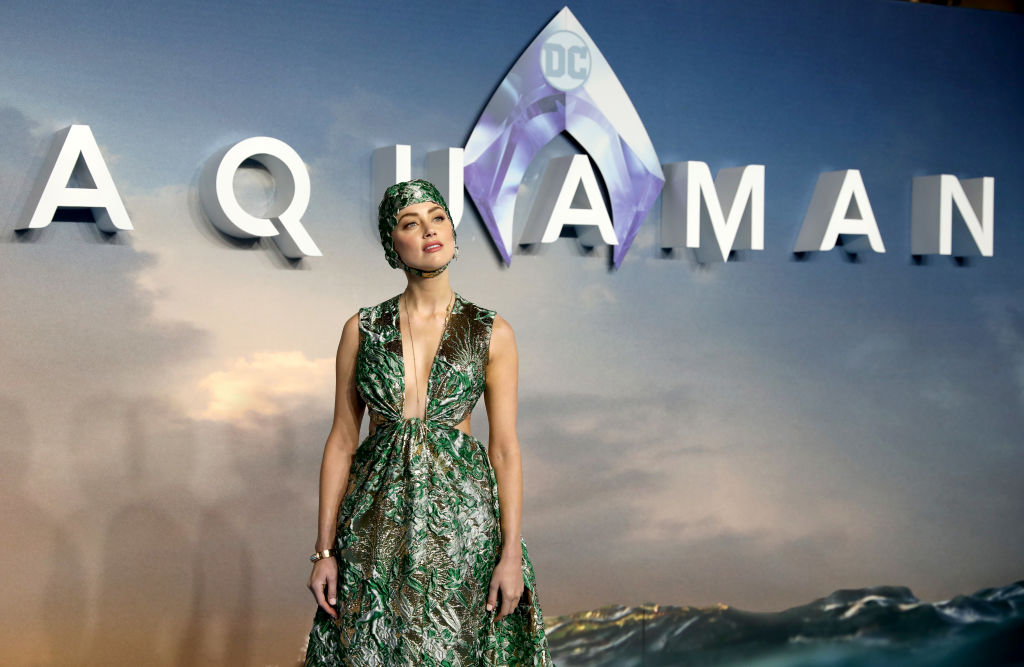 Tables seemed to be turning now, as a new rumor suggested that the entertainment giant plans to hire a new female lead for the "Aquaman" franchise.

Before Heard and Johnny Depp face each other again inside the court, director James Wan needs to finalize the storyline of the upcoming DCEU film.

Instead of putting more spotlight on Mera, the team reportedly wants to hire an Asian actress to play the role of Dolphin, another comic book heroine.

The character first appeared in 1968 and was introduced as a human girl who fell from a cruise ship. She was then abducted and became the subject of aquatic genetic modifications.

Grace Randolph, the host of the "Beyond The Trailer" YouTube channel, first revealed the alleged plan of Warner Bros. on balancing things out.

"Some of you are asking re Amber Heard - as I told you before, they are bringing on this new female lead to balance things out, and writing the script so that Heard's role can be cut down if needed," she said on Twitter

Still, Randolph noted that despite searching for a new female lead, the controversial actress will still be part of the upcoming flick.

Heard's "Aquaman 2" character has been in danger ever since Depp's fans launched several appeals against her. All petitions are aimed at removing Amber from the franchise and hiring another actress instead.

One of the online petitions titled "Remove Amber Heard from Aquaman 2" is a few hundred thousand away from 2 million signatures.

"As Amber Heard is a known and proven domestic abuser, Warner Brothers and DC Entertainment should and must remove Heard from their Aquaman 2 film project," change.org user Jeanne Larson said. "They must not ignore the suffering of Heard's victims, and must not glamorize a domestic abuser."

"Aquaman 2" is one of Amber Heard's movies that pushed her to the spotlight, so losing it will surely cause a backlash in her career.

Johnny Depp's supporters have demanded the "Aquaman" creators to remove the actress from the franchise, especially since they believe it was Heard who was abusive during their marriage life.

For instance, most fans found it unfair to see the 57-year-old actor lose his roles after failing to get victory during his libel case.

It is worth noting that Depp already lost his Gellert Grindelwald role in the "Fantastic Beasts" franchise. There are also reports which claim that Depp is no longer part of the "Pirates of the Caribbean."

Things are expected to become messier next year as Depp and Heard will have another legal showdown for the defamation case the actor filed.

READ MORE: Johnny Depp's 'Pirates of the Caribbean' Dream Is Still Not Over -- Here's Why