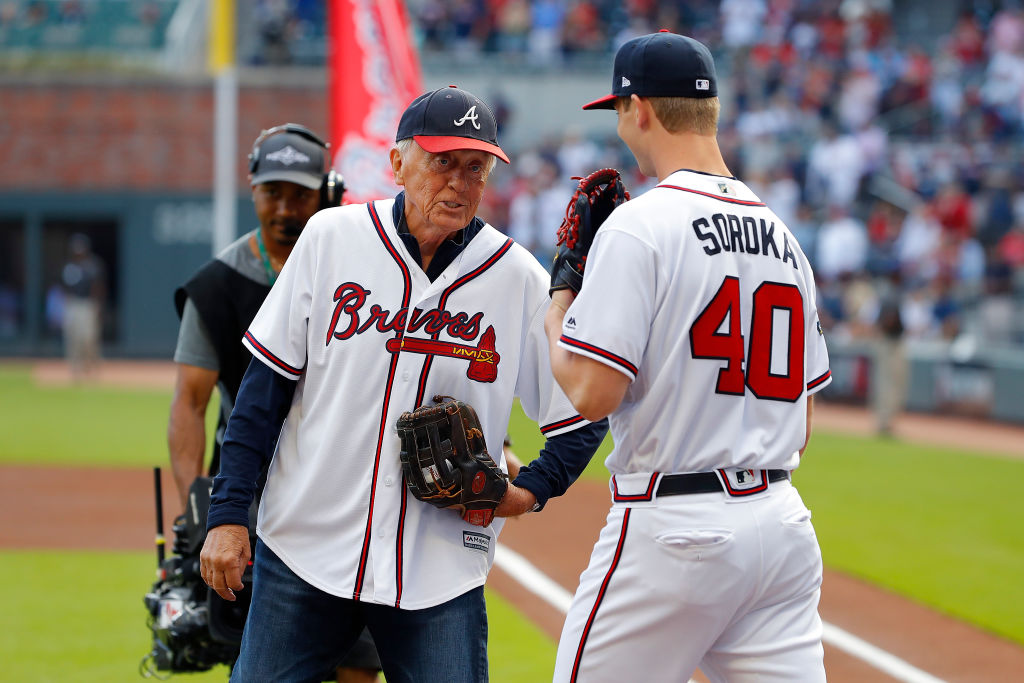 Baseball Hall of Famer Phil Niekro has passed away at the age of 81 following his lengthy battle with cancer.

The devastating news was announced by his former team, the Atlanta Braves, stating that the iconic athlete died in his sleep at his home in the Atlanta suburb of Flowery Branch.

"We are heartbroken on the passing of our treasured friend, Phil Niekro," the statement said, adding: "Knucksie' was woven into the Braves fabric, first in Milwaukee and then in Atlanta. Phil baffled batters on the field and later was always the first to join in our community activities. It was during those community and fan activities where he would communicate with fans as if they were long lost friends."

Following his death, the baseball community paid tribute to Niekro and remembered his contribution to the sport.

"The Yankees mourn the loss of Hall of Fame pitcher Phil Niekro, who won his 300th game with us in 1985. We send our condolences to his family & loved ones," the New York Yankees' official Twitter account posted.

The Yankees mourn the loss of Hall of Fame pitcher Phil Niekro, who won his 300th game with us in 1985. We send our condolences to his family & loved ones. pic.twitter.com/0BPYYSU8PX

Moreover, MLB Commissioner Rob Manfred described the iconic player as "one of the most distinctive and memorable pitchers of his generation,"

"In the last century, no pitcher threw more than Phil's 5,404 innings. His knuckleball led him to five All-Star selections, three 20-win seasons for the Atlanta Braves, the 300-win club, and ultimately, to Cooperstown," he mentioned in a statement on MLB.com.

Often referred to as "Knucksie," he became popular by winning the most games with his rare and difficult knuckleball pitch.

The Ohio-born athlete played a total of 24 seasons in Major League Baseball after debuting in 1967.

In his 24-year career with the Milwaukee/Atlanta Braves, Yankees, Toronto Blue Jays and Cleveland Indians, he was able to win 318 games and record a total of 3.35 earned run average.

Moreover, he is also a five-time recipient of  the prestigious Rawlings Gold Glove Award, also known as the Gold Glove Award, which was given to MLB players that have displayed superior individual fielding performances both in American League and the National League.

In addition, he ranks 16th on MLB's all-time wins list and was inducted into the National Baseball Hall of Fame in 1997 after retiring in 1987.

Phil Niekro is survived by his wife Nancy and children John, Philip, Michael, alongside his two grandchildren, Chase and Emma.