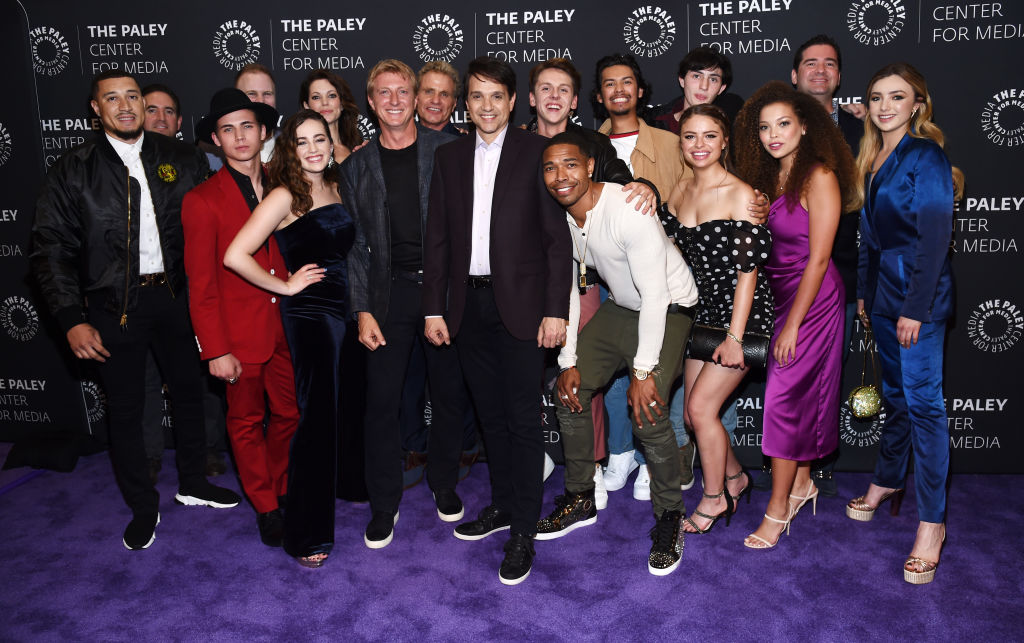 The executives however, have already something planned for the next season so fans just have to hold their excitement in and wait.

Season 3 of "Cobra Kai" focused on the rivalry front, but the dojos' greatest challenge is hardly this one only. Season 3 opened with a tribute to Rob Garrison and ended with a bang and a lot of questions.

After some soul-searching propelled Daniel to Japan and pushed  Johnny to end up in a bar, a visit from an old friend turned things around and made the two warring senseis decide to just forget their misgivings and move on.

In the aftermath of another showdown with Cobra Kai, Johnny's new Eagle Fang dojo and Daniel's Miyagi-Do group combined their abilities to fight Kreese's gang - thriving on exacting violence and "no mercy" principle.

As a bloody fist fight among the students quickly escalated, Kreese, Johnny and Daniel decided to settle things with the usual karate tournament.

"Cobra Kai" Season 4: What We Have Now

In an interview with TVLine, the showrunners did not divulge much about Cobra Kai Season 4. What they have divulged however, is that the show would not end with only four seasons!

"We have an endgame in our heads. We've had one for quite some time, and it's not in Season 4. It's well beyond that. In our minds, we have seasons' worth of story that is necessary to tell before we get to that endgame," Josh Heald, Jon Hurwitz and Hayden Schlossberg revealed.

They only have to sort things out with Netflix to know for sure where the show is headed.

"That will be a discussion going forward with our new partners at Netflix. Can we write to that endgame? Can we know that it's coming? That's not always the case with television and we respect that. For now, we're continuing to write at the same speed and with the same path that we set out with from the beginning," they said.

If they have something for the next seasons after the fourth one, we can be sure that they already have something big planned for "Cobra Kai" Season 4. They're not just keen to share just yet, since everyone is still reeling from "Cobra Kai Season 3" finale.

Suffice to say, it is kind of safe to assume that Season 4 wil NOTl be the final battle for the soul of the Valley.

Regarding when the already confirmed "Cobra Kai" season 4 will be released, Hurwitz said "I would imagine it would come out a year after season," which targets January 2022, as reported by Screen Rant.