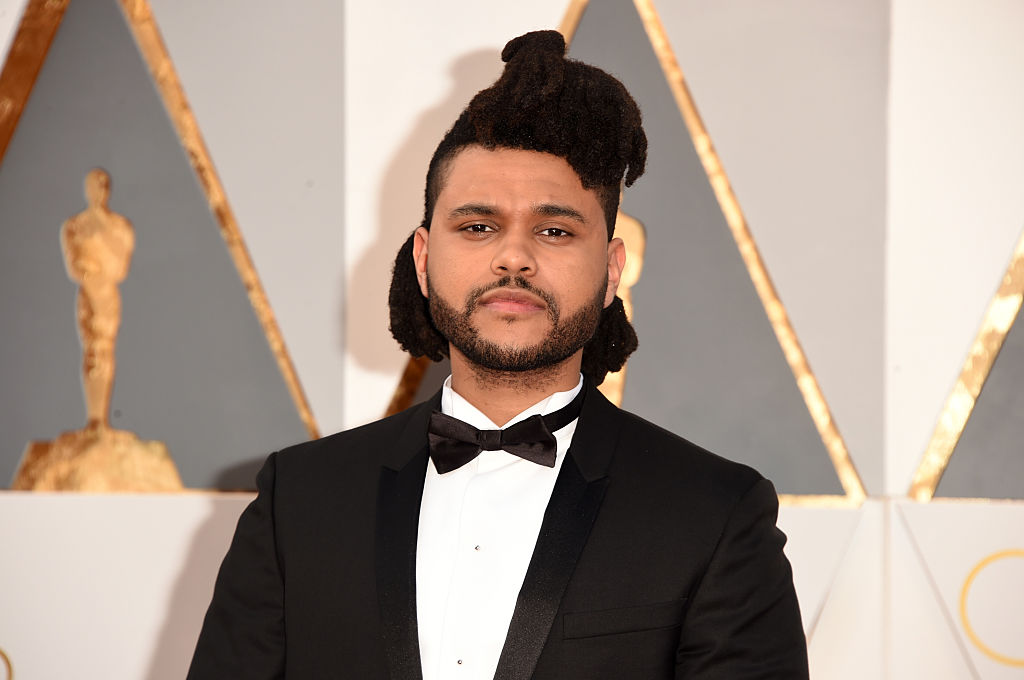 The Weeknd debuted his post-Grammy snub look on the "Save Your Tears" music video, and to say it's shocking would be an understatement.

On Tuesday, the award-winning Canadian singer announced that the "Save Your Tears" music video has finally been released. The song serves as a follow-up to his "After Hours" album.

The storyline goes like this: his "Heartless" video showed his trips and parties in Las Vegas, but he seemingly got abused in the "Blinding Lights" video.

In his "Too Late" clip, it showed that his head got a new body while being reanimated. Soon after that, his face got covered with bandages.

Now, in "Save Your Tears," the story contnues. With that said, here are three crazy things we saw in The Weeknd's latest song release.

Following his album's storyline, the music video of his song shows the results of what-seem-to-be a reconstructive surgery.

In the video, he flaunted his filler-filled face after taking off the bandages. The prosthetics used made him look like he underwent extreme plastic surgery for his face, especially around his cheeks and lips.

It also has surgical scarring around his ears.

The four-minute-long video also offered the audience a look at The Weeknd wearing his new red suit.

While his face looks so disturbing, the singer proudly donned his newly designed red suit jacket and black leather gloves.

After performing in front of the crowd, he stood out even more when he interacted with the audience in disrespectful ways.

The Weeknd sipped one drink of an audience member before fixing his suit and resting his arm on a man's head.

He also made sure to catch everyone's eyes by standing at a table and spraying champagne on people's faces.

Perhaps his biggest comeback yet, The Weeknd took his time to low-key slam the Grammys after getting snubbed in the nomination's list.

The singer's eagle-eyed fans noticed how the eerie masquerade ball setting looks like the one at Grammys.

Fans also theorized that the audience members with masks refer to the "fake celebrities" at the awards show.

A visual theory can also be seen in the music video. At the 1:50 mark, he can be seen holding a gold trophy before throwing it away a few seconds later.

© 2021 ENSTARS, All rights reserved. Do not reproduce without permission.
TAGSSave Your Tears Music Video The Weeknd The Weeknd songs The Weeknd after hours Blinding Lights
SEE COMMENT
CLOSE COMMENT

The Weeknd offered hair-raising and disturbing scenes in his "Save Your Tears" music video. (Jason Merritt/Getty Images)