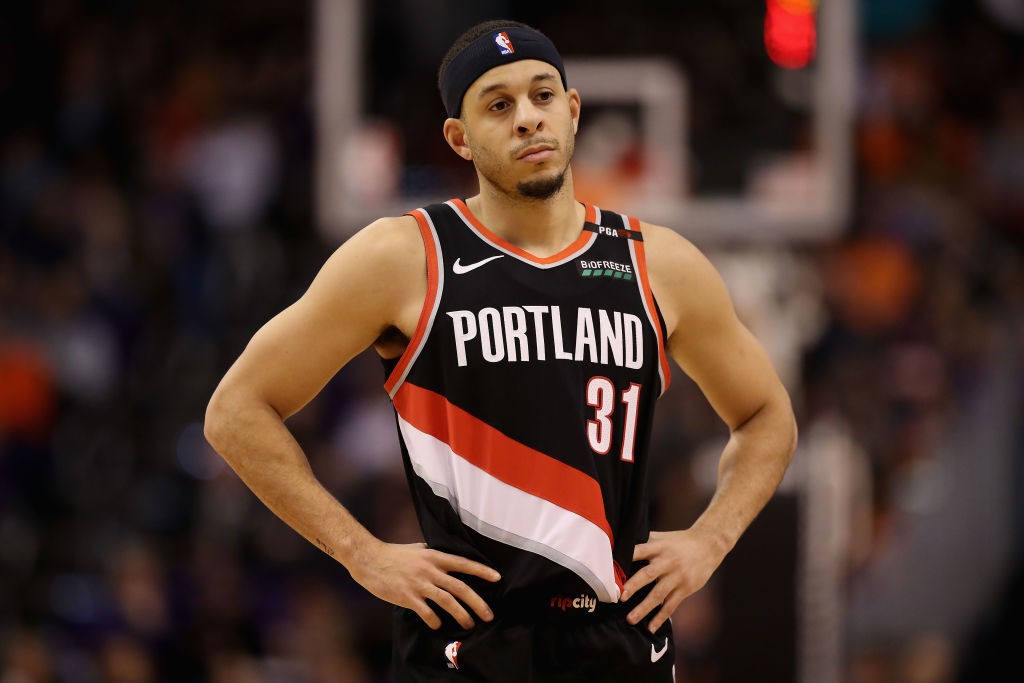 Philadelphia 76ers guard Seth Curry reportedly tested positive for the dreaded coronavirus. With one team member reportedly inflicted with COVID-19, the team's travel plans have to change so that contact tracing can be carried out.

According to various reports, the Sixers were informed of Curry's alleged positive test early in Thursday's game against the Nets in Brooklyn. Curry was not playing because he had an ankle injury but he was in the bench area for a part of the first quarter.

Learning of the harrowing results reportedly compelled Curry to leave the bench. He needed to be isolated from the rest of the team.

Now that one of their key players are reportedly affected by the coronavirus, the Sixers will have to remain in New York overnight to commence contact tracing Friday.

Supposedly, they have a scheduled game this Saturday in Philadelphia against the Denver Nuggets. But these have to be altered now.

These changes however are yet unclear.

According to the Philadelphia Inquirer, the team is presently in a quarantine in a New York Hotel.

What is clear is that the situation could present complicated tracing issues for the league. Curry did come into contact with so many people before the COVID-19 positive diagnosis were made known.

At the very least, Curry played 36 minutes in the Sixers' previous game Wednesday night against the Washington Wizards. The latter had now traveled to Boston to play the Celtics on Friday.

The Nets reportedly will still continue with its travel to Memphis. There, they are scheduled to play the Grizzlies on Friday.

Brooklyn is already without their star forward Kevin Durant up until at least Sunday because he was exposed to the unrelenting virus and had to complete the designated quarantine period.

One saving grace from the whole thing is that Curry was wearing a mask during his time on the Sixers bench Thursday. Otherwise, the situation could be direr.

He was also spotted sitting near Joel Embiid at one point.

Since he had to quarantine himself so that he does not infect others in case he got the virus, Embiid, who has a 3-month-old son, told ESPN that certainly would quarantine himself away from his family. The rest of the team will undergo rigorous contact tracing.

Naturally, fans react to the news with worry, not just for Seth Curry alone, but for all the players he had come into contact with, whether his own team players or members of other teams.

Seth Curry got COVID bruh, today has been a rough week for my fantasy team :(