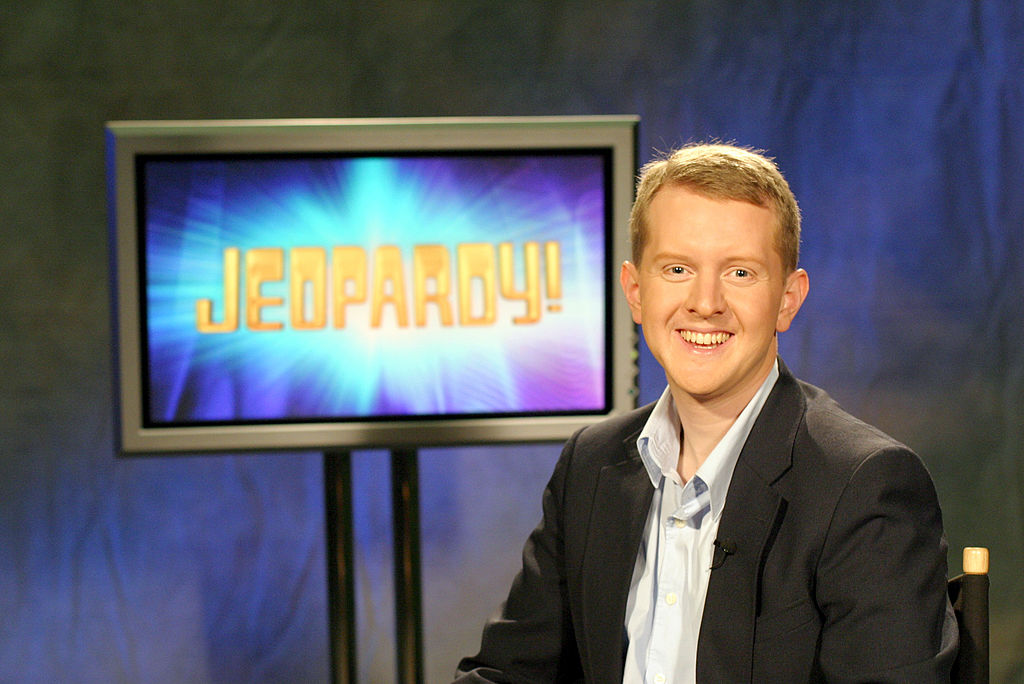 Replacing Alex Trebek as the host of "Jeopardy!" is definitely massive, but guest host Ken Jennings apparently has a good luck charm.

In his recent Twitter post, the author-turned-TV personality shared that before taking the stage and debuting as first guest host, he's keeping with him Trebek's first show ticket as good luck charm.

A friend gave me this piece of quiz show history: an audience ticket to Alex's very first Jeopardy! pilot from 1983. ("ALEX TREBEK! DOOR PRIZES!") I kept it in my pocket while guest-hosting Jeopardy! this week, as a good luck charm. pic.twitter.com/dpDn67lWPp

"A friend gave me this piece of quiz show history: an audience ticket to Alex's very first Jeopardy! pilot from 1983. ("ALEX TREBEK! DOOR PRIZES!") I kept it in my pocket while guest-hosting Jeopardy! this week, as a good luck charm," Jennings wrote alongside a photo of an old ticket dated September 1983.

Viewers Praised Ken Jennings For His Debut as "Jeopardy" Host

Over the comment section, fans cheered up for Jennings and praised him for doing a "fine job."

"I think you did a fine job, and with some experience will do even better. I'm sure it wasn't easy taking over (even as just a guest host), but you handled it as well as anyone could have reasonably expected. It looked like you needed a moment after your speech; I hope you got it," one fan responded.

Meanwhile, one fan also lauded him for doing a "phenomenal job" of carrying Trebek's torch.

"Phenomenal job tonight. My wife and I really enjoyed watching you. We love Alex, but we loooooove the half hour of sanity we get from Jeopardy every night. Thank you for carrying on the torch. We can't live without it."

Earlier last week, the long-running quiz show aired without its popular host, who passed away due to pancreatic cancer.

After being chosen by the show's executive, the 46-year-old former game show contestant took his shot as the successor of Trebek for the time being.

During his debut as the "Jeopardy" host, Jennings paid tribute to the iconic Canadian-American TV personality. Right after he was introduced by announcer Johnny Gilbert, Jennings mentioned how honored he was to share the stage with the late host.

"Sharing this stage with Alex Trebek was one of the greatest honors of my life. Not many things in life are perfect, but Alex did this job pretty much perfectly for more than 36 years. And it was even better up close. We were dazzled by his intelligence, his charm, his grace - really, there's no other word for it," Ken explained, per USA Today.

Moreover, he mentioned how he, as well as the viewers, truly miss him.

In the end, he pointed out that there will be only one Alex Trebek for "Jeopardy!"

"I thank him for what he did for all of us. Let's be totally clear, no one will ever replace the great Alex Trebek, but we can honor him by playing the game he loved," Jennings added.

In November, the official twitter account of Jeopardy! confirmed the death of their host, who peacefully passed away at home "surrounded by family and friends."

Prior to his death, Alex Trebek was diagnosed with Stage 4 pancreatic cancer.

Just days before his passing, he was able to film a series of episodes that eventually aired last January 4 up until January 8.

Ken Jennings made sure Alex Trebek was with him in spirit when he acted as a temporary host in "Jeopardy!" (Jeopardy Productions/Getty Images)